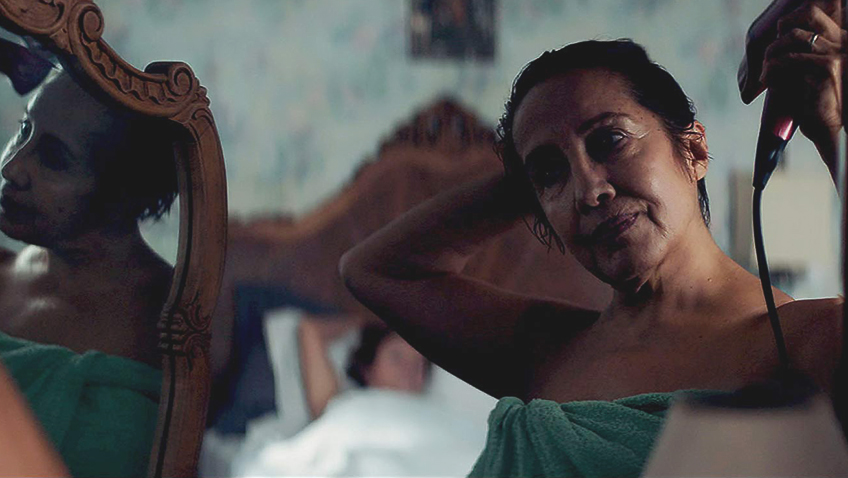 Some of the best films of the millennium have been coming from South America starting, in 2000, with Mexican director Alejandro González Iñárritu’s astonishing Amores Perros. Gravity director Alfonso Cuarón’ s Y Tu Mamá También and The Shape of Water director Guillermo Del Toro’s The Devil’s Backbone followed in 2001. From Brazil we have Walter Salles and the late Hector Babenco, and from Argentina, Juan Jose Campanella’s Academy Award winning The Secret in their Eyes; Pablo Trapero (Carancho and White Elephant) and most recently, The Headless Woman writer/director Lucrecia Martel’s intriguing Zama.

Not quite the oldest director from Chile at 77, Patricio Guzmán makes poetry out of the sordid legacy of Pinochet (The Pearl Button, Nostalgia for the Light). Alejandro Jodorowsky’s latest, autobiographical film, Endless Poetry, shows the 89-year-old director at his best, sharing a DOP with his younger compatriot Sebastian Silva on Magic Magic. The Maid, Crystal Fairy & the Magical Cactus and Nasty Baby have made Silva one of the most interesting directors working in both Spanish and English. Another Sebastian from Chile, Sebastian Lelio (Gloria) has just won the Best Foreign Language Academy Award for A Fantastic Woman. One of the producers of A Fantastic Woman, director Pablo Larraín, is only 41 but has two Academy Award nominations under his belt (No, Jackie).

This might be a limited survey of 21st century South American cinema, but it is doubtful any list would have a writer/director from Paraguay: until this week.

At 45, Marcelo Martinessi’s feature film debut is remarkably assured and well-directed, all the more so as he is dealing with an almost entirely female (‘of a certain age’) cast of inexperienced actresses and a culture that is unfamiliar to us.

Between 1954 and 2013, Paraguay suffered from three coups d’état and between 1954 and 1989, the military quasi dictatorship of General Alfredo Stroessner, backed by the USA because of his anti-Communist stance, provided jobs for party support. The gap between the rich and the poor widened and a poorly managed economy left the elite – rusty-asset rich and cash poor – ill prepared to fit into a changing order. 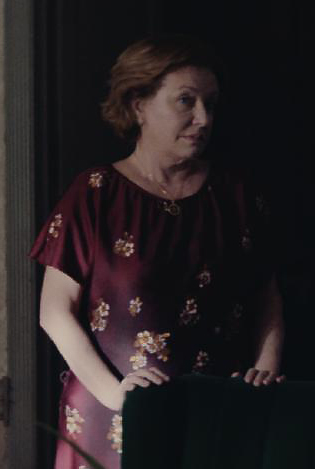 Ana Brun in The Heiresses

When the film opens we are peaking through a slightly open door and witnessing an aloof woman surveying the items on sale in a dark, large villa in Asunción. Chela (Ana Brun) and Chiquita (Margarita Irun), descended from wealthy families, have lived here in relative luxury for 30 years. Martinessi’s script cleverly provides us with all the information we need without recourse to expository dialogue. In answer to the potential buyer’s questions, a proud, but otherwise emotionless voice answers, ‘the glasses are rock crystal. It’s a 58 piece-set,’ suggesting the kind of dinner parties that once filled the old house. The chandeliers, however, are not for sale.

Paraguay is not alone in having debtors’ prisons (several states in the USA have them) but Chiquita is furious about being accused of fraud and that debt is a criminal offense punishable by prison. Chiquita, the stronger and more practical of the pair, is going to prison, but the separation leaves Chula unwilling to leave her room.

Depressed, humiliated and eager to keep the bankruptcy silent, Chula is reluctant to accompany Chiquita to their friend Carmela’s (Alicia Guerra) 50th birthday party. Chiquita tries to persuade her. ‘Remember when you turned 50 and Carmela helped with the decorations?’ Chula, from her bed, responds, ‘that was when I turned 40.’ The conversation reveals not only the closeness of the two women and their long-term relationship but the closed set of friends, and the difficulty Chula will have facing her past social set or seeking new acquaintances.

Although Chiquita assures Chula that only Carmelo knows their secret and that she is helping them (she sold their lawn mower), Chiquita concludes that Carmela has told everyone, as everyone seems to know. Women with too much time on their hands gossip, but Carmela is not the only one: Chula and Chiquita gossip, too.

Before Chiquita goes to prison she hires a new, cheaper maid, Pati (Nilda Gonzalez) to serve Chula her pills and morning coffee and help her with the house. One glass on the tray is for ‘diet soda,’ Chiquita emphasizes to a bewildered, seriously overweight Pati: ‘never zero.’ They may be broke, but they cannot imagine life without a live in maid. When it comes to the administration of pills, we learn that Pati does not read, another dimension to the social divide.

When Chula arrives at her first visit to the prison, she surveys a noisy crowd of women and children squeezed into an outdoor recreation area: squalid, but by no means subdued. We can tell from the look on her face that Chula would never survive a day there. Chiquita seems to be adapting and to know everyone: ‘See that woman dancing over there? She murdered her husband’, Chiquita tells Chula.

Then one day, while Chula is painting in her room, the maid announces a neighbour has called to ask a favour. The gossipy old Pituca (María Martins) wants a lift to her card game, a social event she dresses up to attend with heavily applied make up.

At first, Chula is shocked and reticent, but takes Pituca to her card game. After a few more such favours for which she is unpaid, Chula, who does not have her driver’s licence, gradually becomes an unofficial taxi driver and begins accepting money. She finds herself enjoying the freedom and discipline of driving elderly, wealthy women – like her former self – to their appointments – and it keeps her loneliness at bay. But the job also opens up new horizons, and brings Chula into contact with Angy (Ana Ivanova), a younger, sensual and free-spirited woman who does not gossip, and is not obsessed with what others think of her. Although Angy has a fiancé, Chula is enjoying the possibility of new physical pleasures as she starts to break free of her repressed life of privilege and confinement.

Though Martinessi’s slow pace might put some viewers off, the screen space is never empty and we needs the time to absorb all the finely observed details. The relationship between Chula and Angy may appear unrealistic as the two women are so different and have so little in common, but Angy is not looking at it in the same way as Chula, and represents Chula’s newfound sense of desire and possibilities.