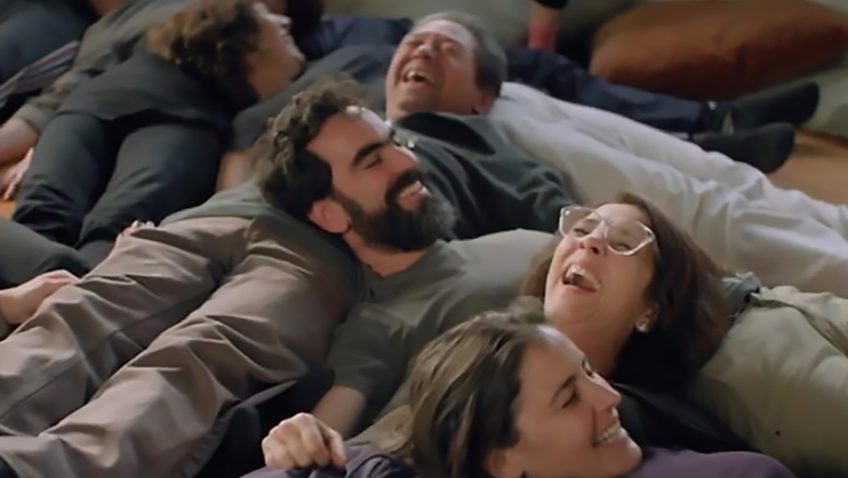 A brutally honest, but uplifting story without sentimentality

With its observant panorama of Santiago’s changing middle-class post Augusto Pinochet, it might not be surprising that Gloria

And Lelio tells his brutally honest, but uplifting story without sentimentality and without a handsome, eligible millionaire to come in and save the day. The eponymous heroine (Paulina García) is an attractive, active woman, but no one and nothing depends on her and she’s ever the guest at somebody else’s celebratory milestones. She’s the type of character who, in other films, is simply there to cook meals, utter words of wisdom or succumb to a heart attack. Here, Gloria is turned into the lead character who appears in every scene, even if she often appears as an observer at the margins.

Although Gloria has been divorced for the past twelve years and has two grown children and a grandchild, she doesn’t return home after work to watch television. She goes out dancing. Still, when we first see her, she is alone at the bar and she goes home alone, having danced alone or with men she cannot relate to.

Gloria is also all but invisible to her son, a young father whose relationship with his bread-winning wife is causing problems; and to her daughter, a yoga teacher who plans to move to Scandinavia with her adventurous new boyfriend. Gloria is also invisible to society (we never learn what she does at work); to her neighbours (there’s a noisy, argumentative neighbour and his bald-cat); and, at times, she is even invisible to the romantic suitor, Rodolfo (Sergio Hernández) whom she meets at her dance club.

Rodolfo, an ex-naval officer who now runs an adult amusement/adventure park, is instantly smitten by Gloria’s fun-loving nature, energy and inviting smile, and the two return to his flat to make love. Gloria is equally attracted to Rodolfo, who reads her romantic poetry and seems as outgoing as she is. Divorced for only a year, Rodolfo tells Gloria that he is trying to free himself from his family’s dependence on him, but his loving glances and determined words are tinged with an obvious lack of resolve.

What is so refreshing about this film is that Lelio, and the amazing Paulina García, have managed to communicate to the audience the myriad of emotions that Gloria feels as she navigates through life like a ghost that refuses to let her invisibility stand in the way.

Weary of going to someone else’s wedding, she lowers her guard to find a new partner, but only once – and briefly – loses her dignity. Unlike so many other films about older people, Gloria

is blissfully devoid of sentimentality and cliché, while being thoroughly credible with recognisable people and situations.

That’s not say the film is without surprises, humour or surreal moments. A scene in which Gloria finds an outlet for her fury by putting Rodolfo’s amusement park guns to good use is a cathartic delight. And an exhilarating final sequence begins with Gloria’s sudden encounter with a peacock in a hotel garden. The peacock is not only a symbol of immortality, but also of what we can achieve when we show our own colours. This is something Gloria does as she rejects an invitation to dance and heads for the dance floor alone, at a friend’s daughter’s wedding.

Paulina García has already won the Silver Bear, Best Actress Award at the Berlin Film Festival and, if there’s justice, she should be up in competition for an Oscar with Cate Blanchett’s shattering performance as another disillusioned divorcée in Blue Jasmine.