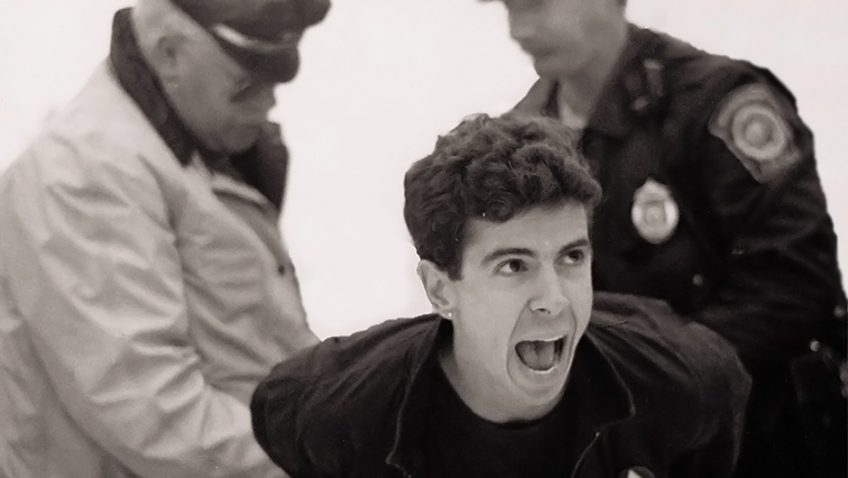 The first known death from AIDS was in 1981 (a New Yorker). In 1985 Rock Hudson died of AIDS but few knew his cause of death. Sufferers were turned away from hospitals with calls for them to be quarantined and branded (tattooed), reminiscent of the Black Death. In one respect, How to Survive a Plague

is a documentary about the AIDS virus. But don’t let that put you off seeing this powerful debut feature from David France, one of the first journalists to write about the then-insignificant (and potentially containable) epidemic. For France has also made a film about the power of democracy: about the protest movements that, with blood, sweat and tears break through ignorance and fear to achieve what governments and leaders would not.

What few of us realise is that underneath the headlines and statistics a veritable war was waged between 1987 and 1996 by intelligent and talented men and women. The object was to raise awareness and stop the escalating death toll. The film is also the story of Act Up, a New York centred (but international) protest group that operated with focus, discipline and surprising resilience.

Their targets were George Bush, NY Mayor Koch, Republican Senator Jesse Helms and all those in a position of power who passed moral judgment rather than legislation to facilitate funding for a cure. Their modus operandi was the sit in, the lie down, the march, the prank with a publicity grabbing purpose (a large condom calling for ‘safe politics’ was stretched over the Arlington, Virginia home of the right-wing, homophobic Senator Jesse Helms), or the disruptive attack. When Cardinal O’Connor preached to the world’s Catholics that condoms were immoral, they dubbed him Cardinal O’Condom and took over his Church service. Act Up would also use the blockade, notably on pharmaceutical companies that were sitting on research into AIDS. They also protested the high cost of an early (largely ineffective, with harmful side effects) drug called AZT.

Of course the publicity was not an end to itself. What the condemned men and women – and a handful of compassionate straight people – wanted was a cure, or a drug that would halt the progress of the disease. In 1988, Act Up’s Treatment & Data Committee was founded to interact with scientists, researchers and regulators. This was a new approach – spear-headed by an eloquent and forceful spokesman, former bond trader Peter Staley (his brother is second in charge at JP Morgan, New York). When Staley realised he had the early symptoms of AIDS, he was heavily ‘closeted’. He quit work to devote what remained of his life to a search to save his own life, and the lives of his friends. 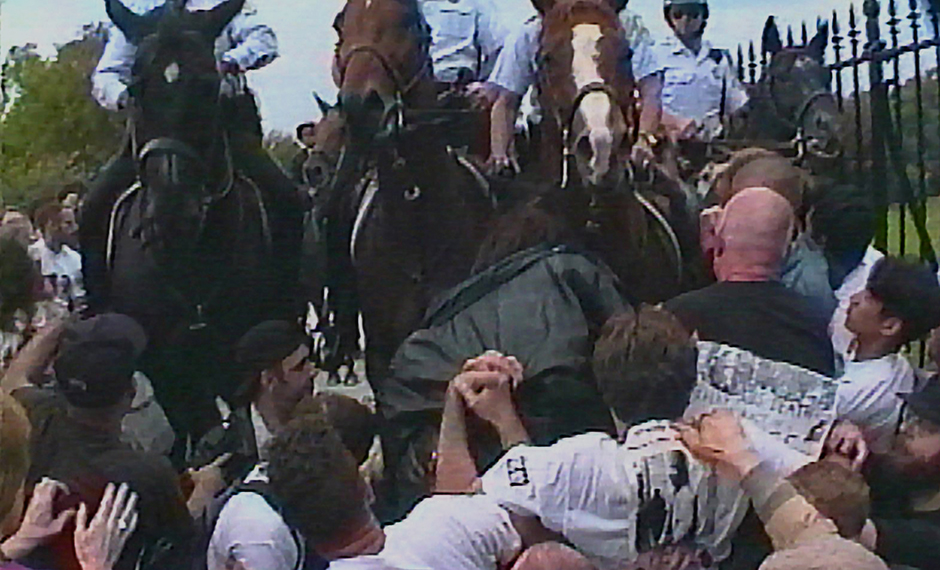 In 1992 the Treatment & Data Committee broke away from Act Up to become The Treatment Action Group (TAG), founded by Staley. The activists became so well informed about the current state of research that they began designing their own clinical trials. Through set backs and false hopes, they worked in particular with Merck laboratories until, in 1996, the most effective three-drug inhibiter was put on the market with promising results.

France is particularly good at creating characters that we get to know and care about. In addition to Staley, Rafsky and David Barr (a practising lawyer who started up gay rights support groups), one of the unsung heroines of the story (she is finally recognised), is Iris Long, PHD. She had worked in drug development for 20 years before retiring, and although she was a straight, married woman who had never met a homosexual, she felt compelled to volunteer. It was Long who first taught the Act Up protesters about HIV as a disease and the challenges of finding a cure, sparking the creation of TAG. She helped Act Up to win reforms at the FDA (Food and Drug Authority) and National Institute for Health and concessions from drug companies.

What is perhaps the most remarkable part of France’s film is how he obtained the visuals that so dramatically illustrate his story and caught intimate moments not captured by the press. In covering the early years of the epidemic, France remembered seeing video cameras at rallies and marches. He soon realised that AIDS advocates had preserved the plague years via tens of thousands of personal videotapes.

After viewing the entire collection of AIDS Activist Videotapes at the New York Public Library, he set out to identify and find those people holding cameras in the collection footage in order to obtain their footage. In turn, this new footage would contain additional amateur photographers who would, over the course of three years, be tracked down. He then edited together this seldom or never before seen footage with archive footage and some additional original interviews to produce a fascinating, revelatory documentary.