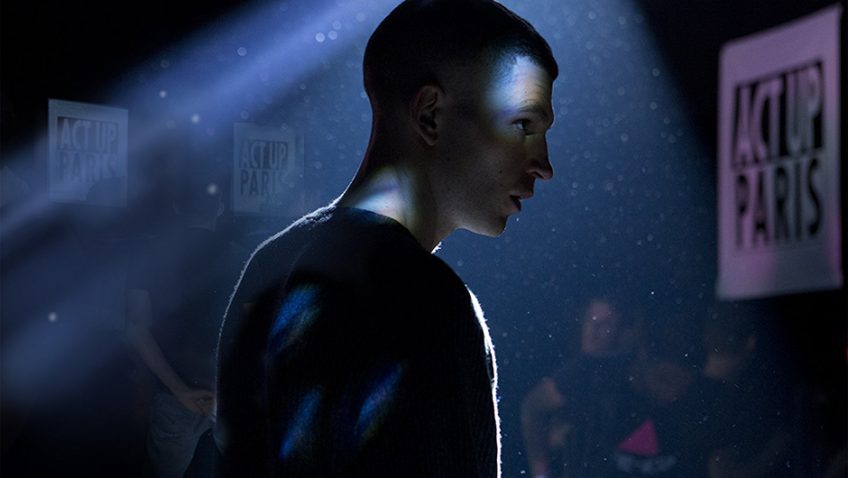 In its cinematic magnitude and sprawling exuberance; with its recurrent interludes of uninhibited dance and music, and in the dynamics of group interaction, 120 BPM (Beats Per Minute)

brings to mind Andrea Arnold’s road movie, American Honey. In its story though, French writer/director Robin Campillo’s astonishing feature about the AIDS epidemic in France, circa 1989 is a road movie of the mind that darts seamlessly weaves between a nostalgic past, precarious present and deadly future.

After years of co-writing/writing and editing films for other directors from Laurent Cantet’s acclaimed Time Out and The Class, to Alice Winocour’s Disorder, Robin Campillo wrote and directed Eastern Boys. His breakthrough film as director is an unpredictable, riveting and suspenseful home invasion movie about male prostitution in Paris’ Gare du Nord.

Eastern Boys was completed a year after the release of How to Survive a Plague, a superb US documentary about the urgent battle to find a cure for AIDS that was part historical record, part eulogy and part indictment using contemporaneous footage from hundreds of ordinary protesters and onlookers. If that documentary were transported to France and made into a feature film, it might look something like 120 BPM (Beats Per Minute)

: a film so convincing and alive that, like The Class, you think you are watching a documentary.

is not a documentary, but it is no ordinary feature either as Campillo and his co-writer Philippe Mangeot (an AIDS activist and educator) draw on their collective memories as members of Act Up, of which Mangeot was President.

Watching a film about the early years of the AIDS pandemic from the vantage point of 2018 when the disease is under control, and the scars form part of each nation’s history is an instructive and surprisingly emotional experience. It comes with the regret at the sheer waste and the horror of thousands of people of all ages, primarily gay men, but not all, facing death sentences. The choices people make in desperation and in ignorance mark them and haunt them. 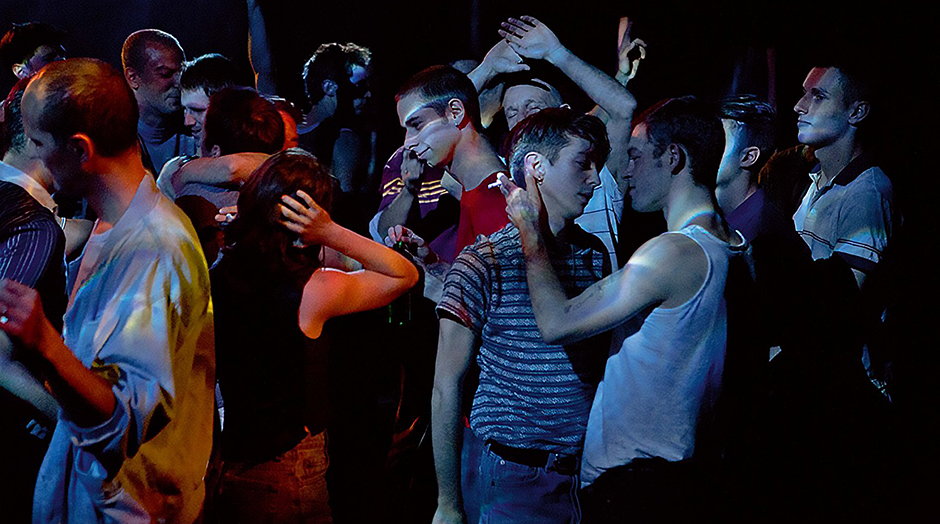 None of the characters who attend the Act Up meetings in Paris in 1989 have the gift of hindsight, however. And that is, in part, what makes their stories so fascinating and heart breaking today. An offshoot of America’s Act Up movement, they attend the meetings to plot the direction of their campaign the aim of which is to find a cure for the disease that is killing them.

Time is of the essence. People of all sexual persuasions and from all walks of life, and even the mother of one young man, who is also a haemophiliac, have passionate discussions about everything from the use of violence at a rally, to the strategic planning of a new direct-action intervention, to the wording of slogans. But most of the discussions come round to the condemnation of pharmaceutical companies and François Mitterrand’s government. That said, even insurance companies (try getting insurance when you are HIV positive) are targets. In one creative campaign members crash an insurance company buffet, spraying the expensive platters of gourmet food with the ashes of a dead young man.

While adhering for the most part to certain housekeeping rules, the Act Up meetings reveal a number of divisive factions, some based on political views, some on experience, some on personalities and some the number of blood cells remaining.

Newcomer Nathan (Arnaud Valois), a tall, handsome man in his mid-twenties, has miraculously remained HIV-negative. When he asks about vaccinations he is put down by the group for whom vaccines are irrelevant as they are already HIV positive.

Radical, young Sean’s (Nahuel Pérez Biscayart) impatience with Melton Pharmaceuticals turns to violence when he undermines moderate Sophie’s (Adèle Haenel, the doctor in The Unknown Girl attempts to work with the company rather than alienating it. For Sean, hoping for a longer life with AZT and ddC, they are criminals sitting on the trial results of life saving drugs. 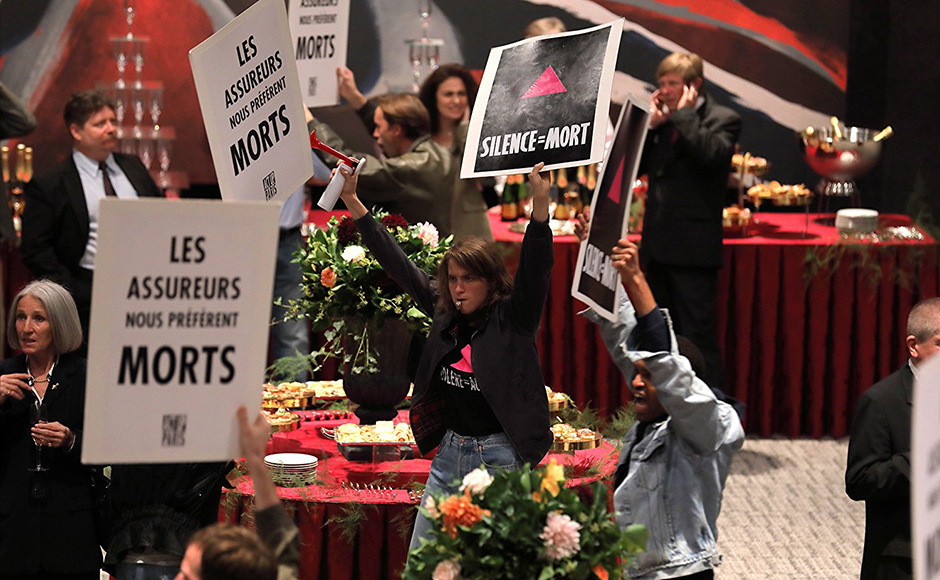 Against the background of these lively meetings (like a class room, individuals in the back rows are shown having private conversations, fooling around, kissing, or daydreaming) and the energetic direct action campaigns, is the love story between young and radical Sean, who is already seriously ill, and newcomer Nathan.

Campillo creates one of the most memorable, essential and sensual sex scenes in recent memory; a scene that feels like it is transpiring in real time – in 1989. It is an occasion for Nathan and Sean to offer one another the human contact they crave, albeit compromised by Sean’s HIV condition. But Campillo uses their night together to relate a history of both men’s previous sexual encounters in which they were seduced by men (one, Sean’s maths teacher) who should have known better. Sean asks Nathan, ‘am I your first Poz’ and he replies, ‘you’re the first who told me.’ That’s not a line that would have cropped up in Tom Hanks’ Philadelphia.

The pharmaceutical companies and government aside, we are struck by the absence of blame, bitterness, and even ‘what ifs’. Nathan thinks back nostalgically to a time when unprotected sex was not a death sentence. Nathan has nine lives and as we hear about his promiscuous life, we can’t help but thinking that in this game of Russian roulette, his luck won’t hold out.

Even in this intimate bedroom scene, Jeanne Lapoirie’s camera (responsible for the visceral landscapes in Michael Kholhaas and the cityscapes in Eastern Boys) never rests, and her lighting is so expressive that it helps to tell the story.

This dazzling camerawork; Arnaud Rebotini’s terrific music and the energy of the varied scenes, from protest marches; to the jubilant high after a routine arrest; to an unforgettable passage in a hospital room, keep the film fresh and absorbing, even at a running time of nearly two-and-a-half hours. Your heart might not be racing at the unsustainable speed of 120 beats per minute, but it could well be broken.