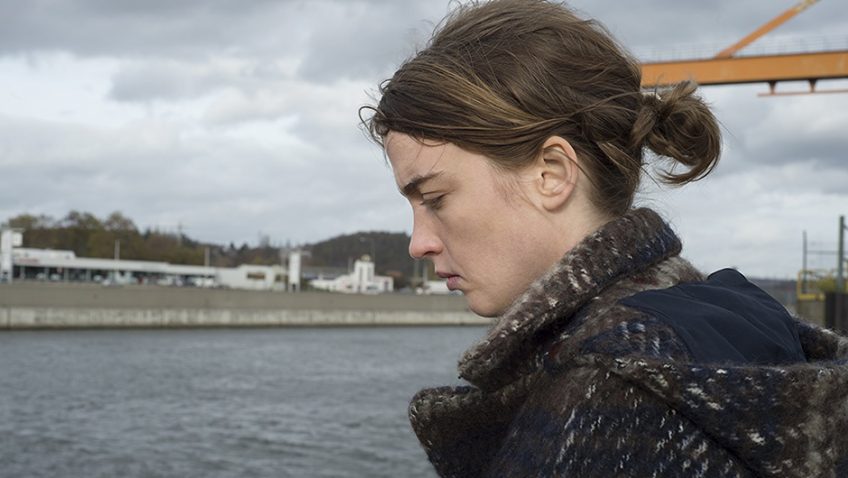 Writer/Director team Jean-Pierre Dardenne and his brother Luc, now 65 and 62 respectively, are probably never going to stray far from Seraing, the treeless, industrial working class quarter of Liege where so many of their films take place; or from their interest in exploring moral ambiguity and how their characters deal with it. While the Dardenne Brothers’ films do not fall into defined genres, it is possible to find elements of genres in most of them.  The Unknown Girl

is, however, their first hard-boiled police procedural.

If you transport Dr Quincy or Jessica Fletcher into the body of young, attractive Belgium doctor named Jenny Davin (French star Adèle Haenel), you have another ‘amateur’ sleuth who gets at the truth before the arrogant, bungling police. The multi-award winning and  two-time Palme D’Or winning brothers are unlikely to collect a third with The Unknown Girl

, but Dardenne fans will still be mesmerized by Madeleine’s journey, if not the destination.

Like their last film, Two Days, One Night (for which Marion Cotillard was nominated for an Oscar) the plot provides both a moral dilemma and an excuse for the strong, central female character (Haenel) to travel around Seraing taking the pulse of its inhabitants.  And never have we seen so many this close up.  They range not only from teenagers to the elderly and infirm, but from the hard-working and downtrodden and desperately sad, to the violent bullies, schemers and tax-dodgers.

GP Jenny Davin is supervising an intern (Oliver Bonnaud) who looks barely younger than she does. The air is frosty after Jenny criticises Julien for letting his emotions interfere with a diagnosis.  She is soon to let her own emotions take over her life when the police come calling the following day.

According to CCTV footage, an unknown young black woman who rang the surgery door after hours, was later found dead at a building site near the river in what could have been an accidental death, or a murder.  Julien and Jenny heard the ring but as it was after hours, the bell only rang once and they were not in a position to see who was calling, Jenny told Julien not to bother answering.

Jenny feels not only devastated by the death, but responsible for it.  Had she given the young woman shelter she might still be alive today.  Jenny not only gives up her plans to join a private practice, but decides to take over the practice from her elderly mentor (Yves Larec) who would otherwise have shut it, leaving the long-term, low-income patients stranded.  Jenny moves in to the tiny living accommodation above the cramped surgery, and uses her free time to identify the deceased and what happened to her.

Jenny becomes increasingly interested in one particular family when she examines a teenager named Bryan (Louka Minnella) who is suffering from an anxiety-produced stomach ache. She notices that his pulse speeds up when she shows him the photo.  His father (Dardenne brothers regular Jérémie Renier, doth protest too much, even telling Jenny that he and his wife are switching practices as a result of her interference in their lives.  The other suspects range from Julien, who suddenly quits his medical studies and returns to his backwater village; to a petty-criminal who took his elderly father to the deceased, a prostitute; to two thugs in an internet café. 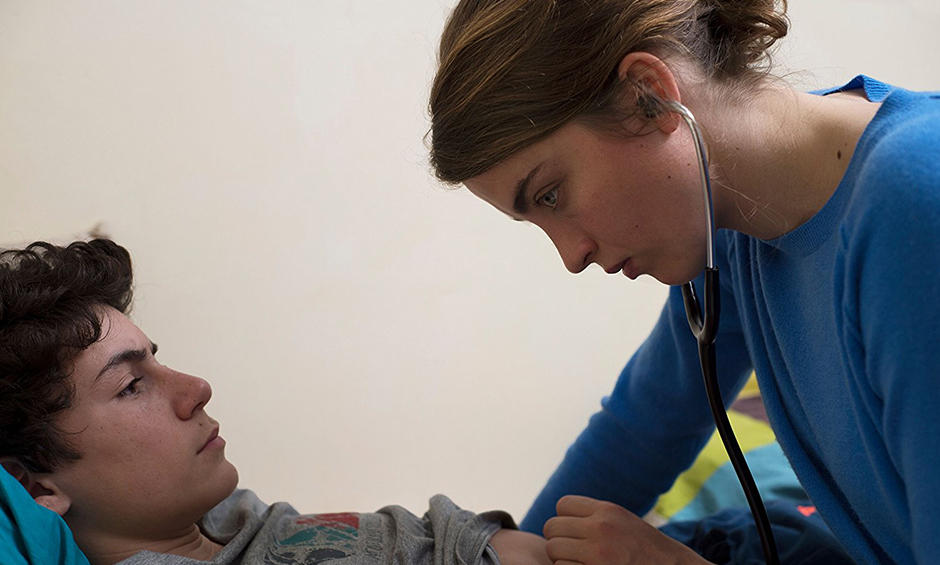 Adèle Haenel and Louka Minnella in The Unknown Girl

Meanwhile, Jenny’s investigations are beginning to annoy Inspector Ben Mahmoud (Ben Hamidou), just as Jessica Fletcher’s insatiable curiosity proves a thorn in the side of many more qualified, but less skilful, perceptive or committed detectives.  Not to be deterred, even by threats and violent reactions, Jenny (who purchases a burial plot) pursues her path to redemption.

Marie- Hélène Dozo’s editing and Alain Marcoen’s almost invisible camera highlight every clue and ever human reaction as if showing it to us under a microscope.  Haenel, magnetically intense and compelling, has clearly observed and been guided by medical doctors, as she handles herself in the surgery like a pro, and her almost unflappable approach is testimony to her training and to the many unpleasant sights she comes across in the course of her practice. Some of the other acting is less nuanced.

The brothers’ neo-realist style is adapted somewhat for this hard-boiled detective drama, but it sometimes feels more scripted and stilted than realistic.  It is odd that Jenny, an attractive, young, single professional, seems to have no family or friends (when her phone rings, it is only patients calling) as if the Dardenne brothers want to strip their film down to a doctor’s battle with her conscience, and to her appeal to the culprit’s conscience.   This is, however, what gives the film a heavy-handed approach to a moral tale that lacks the metaphorical poetry of the best of their work, like Rosetta.