Home / LIFESTYLE / REVIEWS > / FILM REVIEWS / Knives Out triumphantly revives the traditional whodunit, and the fun in a great ensemble cast 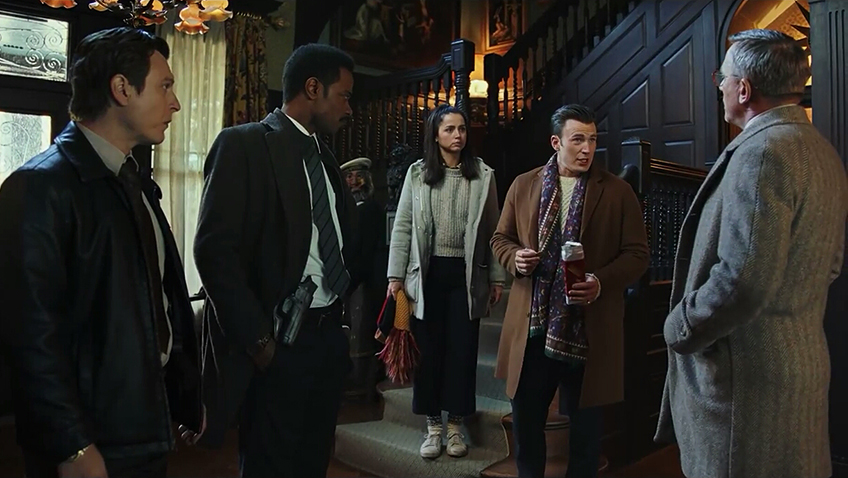 Knives Out triumphantly revives the traditional whodunit, and the fun in a great ensemble cast

For a guaranteed fun – and mentally challenging – night out, cosy up to the hilarious Agatha Christie-formatted whodunnit, Knives Out

. With the exception of Richard Branagh’s remake of Agatha Christie’s Murder on the Orient Express, the traditional whodunit has disappeared from our screens. Knives Out

is here to remind us how much we have missed it. But writer-director Rian Johnson crosses genres and plays with his favourite author’s style opening the closed Cluedo setting to the 21st century.

Imagine a cross between play-within-a-play Death Trap; the detective novel spoof musical Something’s Afoot, and the twisty parlour-game, The Last of Sheila, and you have some idea of what to expect. A marvellous ensemble cast includes Christopher Plummer, Chris Evans, Jamie Lee Curtis, Don Johnson, Michael Shannon, Toni Collette and rising star Ana de Armas as the Ecuadorian – or was that the Uruguayan, Paraguayan or Brazilian? – nurse at the heart of the mystery.

Johnson comes down to earth after 2017’s Star Wars: Episode VIII – The Last Jedi and settles in a Gothic pile on the edge of a Massachusetts mill town, where family patriarch Harlan Thrombey (Plummer) has been found with his throat cut in an apparent suicide. The family had gathered to celebrate Harlan’s 85th birthday but are now more openly focused on his will.

The film opens with a shot of Harlan’s dark, imposing Victorian mansion that looks, if not haunted, then about to be. Two ferocious black hounds run down the lawn to set the scene. Johnson decided to film in Massachusetts due to this house, which, because it is the setting of 85% of the action, becomes a character in its own right.

We get a tour as the maid (Edi Patterson) carries Harlan’s breakfast up the carpeted steps to his attic study and bedroom and finds the body. On the tray is a mug that reads My Coffee, My House, My Rules – a mug that reappears at the end in triumphant fashion. As we climb the stairs with Fran, we take in the weird, cluttered décor, the likes of which we haven’t seen since Eli Roth’s The House with a Clock in Its Walls, only this is the home of a best-selling murder mystery writer. 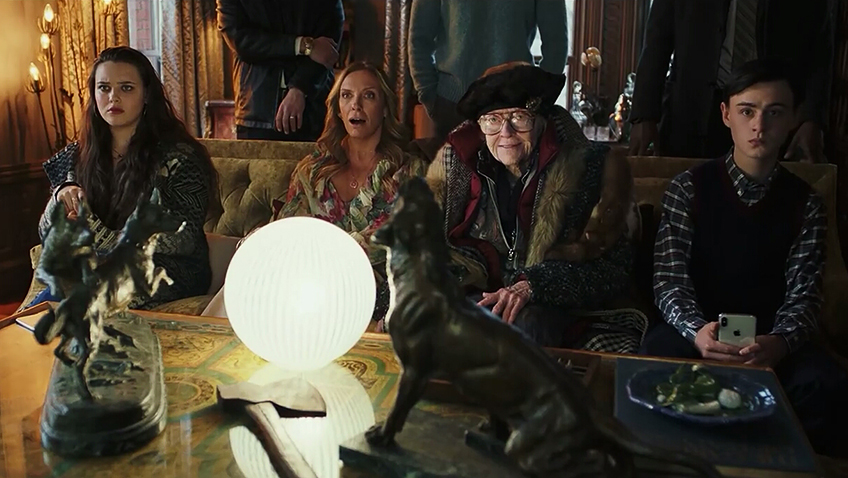 What is unusual about the set-up is that we witness Harlan’s demise early on when his devoted nurse, Marta Cabrera (de Armas), goes up to Harlan’s room after the birthday party to give him his medication. The two have a visibly close ‘grandfather-granddaughter’ relationship and the medicating is accompanied by a board game, some teasing and banter, and a light dose of morphine to help him sleep.

Despite his pain from an injury, Harlan is in particularly high spirits having met with each of his dishonest, sycophantic or unashamedly needy dependents, and engaged in frank conversations that makes each one of them a suspect. But his mood changes rapidly when Marta realises, to her horror, that somehow, she has switched the medication and Harlan has just ten minutes to live.

While there appears to be a Columbo-like structure of the crime, Johnson’s favourite mystery writer is Agatha Christie and Knives Out

combines a sly whodunit with a traceable how-was-it-done.

Rian cleverly front loads all the exposition surrounding the family members and their whereabouts and motives in an ingeniously written and edited police interrogation that crosscuts amongst the bickering relatives who cannot keep their stories straight. 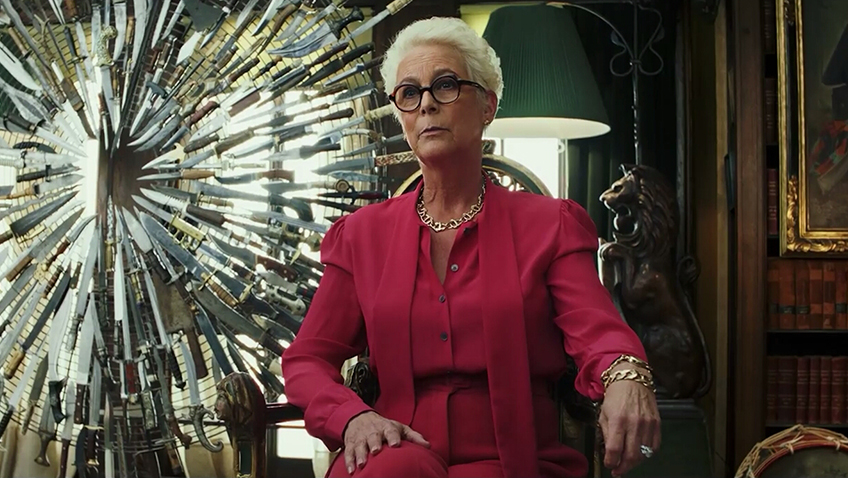 Jamie Lee Curtis in Knives Out

But there’s an elephant in the room that the victim’s faux-liberal, widowed daughter-in-law Joni (Toni Collette), purloining Harlan’s cheques to send her daughter to private school, is the first to notice.

Seated in a dark corner is the man who The New Yorker Magazine calls ‘the last of the gentlemen sleuths’, Mr Benoit Blanc (Daniel Craig), speaking not with a Belgium accent, but a southern drawl. In preparing for life after James Bond, Craig has a head start with the creation of this enticing and delectable character.

Though Marta is discreet, Harlan confides in her and so she knows the truth about each of the relatives. By their admission, they ‘treat her like part of the family’ and she isn’t the sort to gossip. As tongue-in-cheek as anything in the film, Johnson endows Marta with a trait that Blanc finds particularly useful in the circumstances. For reasons unknown, if she tells a lie, she vomits.

Because of this trait, and the fact she is the only suspect who would not benefit from Harlan’s death, Blanc invites Marta to accompany him on his investigations. This sets the stage for one of the more amusing collaborations in the annals of crime and begins a game that becomes more problematic as assumptions are reversed and motives questioned.

Despite describing himself as a quiet, passive observer, hired by an anonymous client to assist the (clueless) police, Blanc will stomp through a cauldron of venomous hypocrites, class privilege and racial prejudice to expose the bitter truth.