Home / LIFESTYLE / REVIEWS > / FILM REVIEWS / What’s in a name? Just about everything in this dull star fest 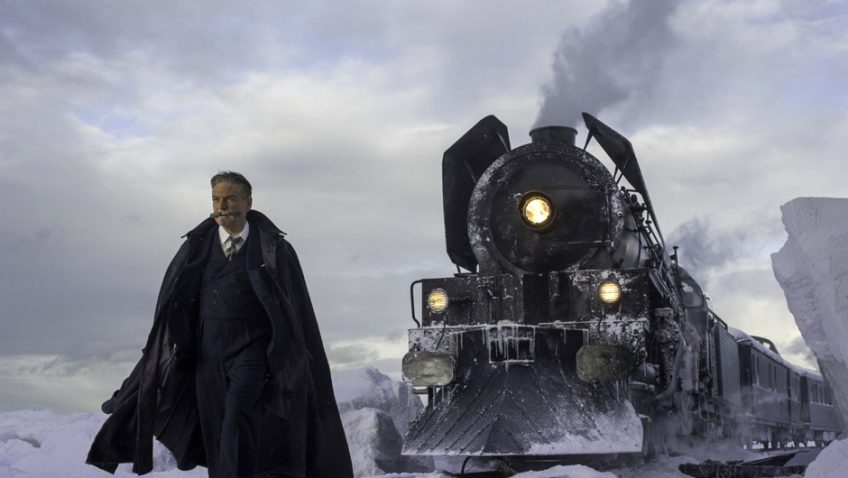 What’s in a name? Just about everything in this dull star fest

You might say there is a case for remaking Agatha Christie’s much loved 1934 whodunit, Murder on the Orient Express

. Christie is the best-selling novelist of all time (Guinness Book of Records) and the last cinema adaptation was Sidney Lumet’s star-studded feature in 1974. But it’s a tricky one as everyone knows the clever twist at the end, and all but the youngest audiences will recall the superb David Suchet, resuming the role from his television series, in a 2010 television movie. And while The Mousetrap is still playing in the West End, Christie, who died in 1976 is not exactly hot news. Is there anything really to add but an updated roster of A-list stars, a bigger moustache, puzzling camera angles and overproduced effects and production design? Probably not, but that is what co-producer/director/lead actor Kenneth Branagh delivers.

The film begins with script writer Michael Green (co-writer, Blade Runner 2049, Logan) looking back to the novel, as well as giving director Branagh his first big opportunity to upstage the actors he recruited. Green puts Hercule Poirot in Jerusalem where his obsession with a perfect 4-minute egg is interrupted by a summons to solve the case of the missing relic. With a crowd of thousands standing in the hot sun, Poirot sticks his cane into what looks like the Wailing Wall before exposing the culprit. When the culprit flees, he naturally runs into the cane.

As Poirot adjusts an official’s tie he delivers an important confession: the high strung detective’s intolerance of ‘imperfections’ makes life unbearable. We have seen this already with the boiled egg and now the tie. But it is nonetheless a strange confession as it is spotting the imperfections in a murderer’s plan that has earned Poirot the reputation as (in his words) ‘probably the greatest detective in the world.’

Given this reputation, it is not surprising that Poirot is called home just as the Orient Express is pulling out of Istanbul en route to Calais. Through a fortuitous connection, room is made for the detective on a train deemed unusually crowded for the time of year. Johnny Depp in Murder on the Orient Express

From the start, the train is a distraction as interior (studio) shots are intercut with the occasional shots of the train winding its way through artificial-looking snow-covered mountains. Behind the engine coach are four coaches, two of which are occupied by the kitchen and the restaurant. Can a train really be financially viable with just two passenger coaches, both of which are sleepers? Maybe, if the occupants are paying enough; and this assortment of American and European passengers are either the servants of wealthy passengers, or those passengers themselves.

The nefarious art dealer Mr Ratchett (Johnny Depp, every bit the 1930’s gangster) has been receiving collaged death threats and, in the dining car, invites Poirot to name his price to protect him. If Depp never really looks as worried as he should, there is no hiding Poirot’s allergic reaction to moral imperfection when he declines the job, paving the way for the inevitable. Judi Dench in Murder on the Orient Express

That evening, while Poirot sleeps, Rachett is duly murdered in a manner similar to Julius Caesar in the curia of Pompey. This dramatic moment is compromised by Branagh’s decision to film the discovery of the body from the ceiling of the train looking down on various heads. Irregular camera work is usually the sign of a novice director trying to show off, but Branagh has a solid directorial record with his Shakespearean films and a delightful Cinderella.

Most viewers will know why none of the passengers are alarmed by Poirot’s reminder that a killer is onboard. And with two long, furry, grey tails stretching from his mouth to his ears, Poirot himself might have more to fear from a badger cull.

Or maybe it’s the fact that Branagh has decided to spice things up by staging an avalanche which upstages the threat of murder by knife. When the audience and the suspects realise the train is stranded on a rickety bridge over a 300 metre icy gulf, it focuses the mind, but not necessarily on the bloody murder of a heinous villain. Daisy Ridley in Murder on the Orient Express

In any event, the police are dispensed with and management implores Poirot to wrap up the investigation by the time they arrive in Calais. A big ask, but not for Poirot.

At the film’s premiere at the Royal Albert Hall, the star-studded cast walked onto the distant stage and almost immediately turned around and filed off. Fortunately, we see them – a few in painful close-ups – in this lavish 65mm production, but with the exception of Branagh’s scene-stealing Poirot, their appearances are almost as fleeting as at the premiere.

When Juliet asks Romeo, ‘what’s in a name’, she had an interest in downplaying the importance of nomenclature and renown. For Murder on the Orient Express

, just about everything is in the names, because the accomplished actors are given little to do and even less screen time in which to do it.

No one expects in-depth characterisations from a murder mystery, but the interview process – the time in which each character gets their due, is so distracted with unnecessary scenes and cutting, that one struggles to follow the evidence and the clues. Fortunately, Poirot, without the benefit of phone, fax or internet, unveils the complex web of decades-old connections and delivers his big reveal – in a train tunnel. That’s right. The suspects are seated like a Last Supper fresco at a table in the mouth of a snow covered tunnel as it is considered too dangerous to remain in the train when the rescue crew move it. He couldn’t have waited an hour?