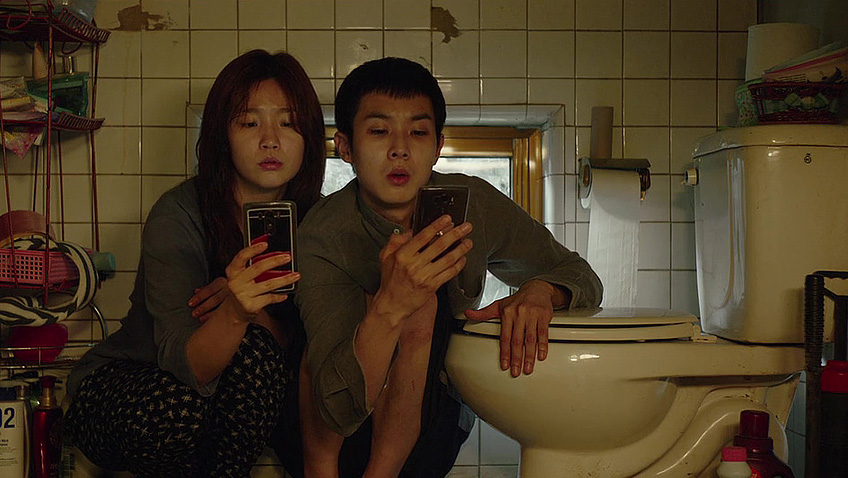 Boon Joon-ho’s lauded film is exquisitely made, but hollow

Parasite is a home invasion movie, South Korean style, and in the hands of gender-blender co-writer (with Jin Won Han) and director Bong Joon Ho (Okja, Snowpiercer, The Host, Memories of Murder) that means a roller-coaster ride through a cornucopia of filmmaking craft, if not, on this occasion, much else. Parasite

is, like Okja, a fable. But despite some misjudged excesses and comic strip villains, Okja was a fable that combined excitement and tension with heart and characters you cared about.

’s conceit is, on the surface, original and meaningful, particularly as Bong’s films are intricately related to social issues, such as climate engineering in Snowpiercer and GM crops and animal cruelty in Okja. Everyone, since the Jury awarded Parasite

the Palme D’Or at Cannes last May, has concluded that the film is about the inevitable clash between the haves and the have-nots, only, in this case, the rich family seem to be much nicer and more naïvely clueless than the poor. After partaking of the rich family’s food and alcohol while they are away, their new chauffeur says, ‘They’re rich, but still nice.’ His wife, their new housekeeper, replies, ‘If I was rich, I would be nice too. Money is an iron; it smoothes out all the wrinkles.’

This is a great line because wealth is in the eye of the beholder and it neither brings happiness nor makes you nice. The fable is about two families, one poor, one rich, each with two parents and two children, a boy and a girl. But the rich family is presented as passive, vulnerable and gullible, while the poor family is the opposite. Let’s start with the poor family who provide us with the most entertainment. There is ex-athlete Chung-sook (Hye-jin Jang); her husband, Ki-taek (Kang-ho Song, the star of Bong’s The Host and Memories of Murder), whose various small businesses have failed; son Ki-woo (Woo-sik Choi) and his pretty sister Ki-jung (So-dam Park).

The family live in a cramped, cluttered basement flat where drunks pee on the window at street level. When their free Wi-Fi runs out, they try piggy backing on a neighbour’s. They open the window when the fumigation truck drives past for some free service. The odour of past jobs and present living conditions stays with Ki-taek for life and is a dead giveaway, like bad grammar or teeth. The rich man, Mr Park (Sun-kyun Lee), an easy-going, courteous businessman, nonetheless strikes a fateful, sensitive chord in Ki-taek when he instinctively reacts to the bad odour. 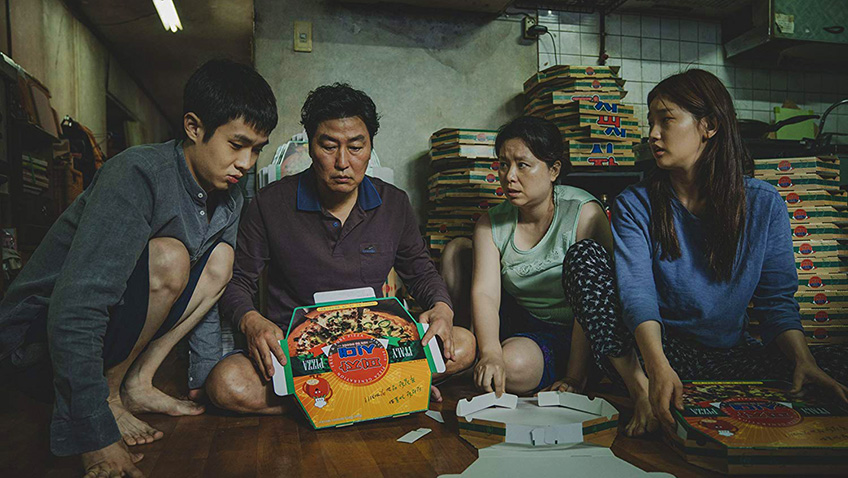 The poor family is healthy and able bodied. Business failures aside, why are they such helpless, impoverished failures? The problem here is that the script calls for the family to be enterprising, calculating and opportunistic and the children very smart, and yet between the four of them, they can neither earn money nor get into university. They even lose their part time job folding pizza boxes because they cannot fold them properly.

This is clearly a joke, but if this is a movie about the haves and the have-nots, how far can Bong go in exploiting these ideas without examining what they mean?

The rich family is, as mentioned, headed by Mr Park. He appears to be a tech-entrepreneur and, from the looks of it, there is no reason to believe he has not worked hard for his money and invested it wisely in a dream house which they purchased when the architect died. Being nice people, they kept on the architect’s energetic housekeeper (Jeong-eun Lee) who is treated respectfully and kindly. Park can afford a chauffeur, which is no doubt a business expense and a necessity in the crowded city, but when the family go off for the weekend, they do not go to a country house, but camping. They may not be the super-rich, just comfortably well-off.

Mrs Park, Yeon-Kyo (Yeo-jeong Jo), is elegant, beautiful, modest and extremely gullible. She is overly protective of her attractive daughter Da-hye (Ji-so Jung) who is of the age where she’s interested in boys.

Da-hye is being tutored in English by Ki-woo’s old school friend, who is going off to university and comes by to say good-bye, bringing with him a gift. Two actually. The first is a lucky rock that will bring Ki-woo wealth. The second is a job. The friend plans on marrying the wealthy Da-hye when she graduates, and he and passes on the job to Ki-woo because he trusts him not to make a pass at her. 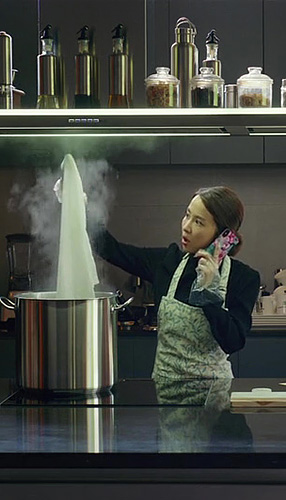 Ki-jung expertly forges her brother’s qualifying diploma which, Ki-woo reasons, is not really a forgery. He plans to go to university and rationalises: ‘I’ve just printed out the document a bit early.’ Is Bong making the point that even people with such determination can be broke and unemployable? And if he is, to what end?

In any event, it is honour among thieves so to speak, for the minute Ki-woo arrives at the house he, his life, and the lives of both families, change forever.

Bong is a visual storyteller and from his grimy, basement slum flat Ki-woo is always looking up. The Parks’ modernist house is on a small hill removed from the street, and the busy, crowded, smelly city. When Ki-woo walks up the stairs he is in paradise: an expanse of perfect green lawn and behind it, a glass house with pristine windows and an uncluttered, spacious, minimalist interior. The tutoring goes so well (it helps that Da-hye has the hots for her new tutor, too) that when Ki-woo notes that her ADHD-afflict son has a talent for art, Ki-woo recommends his cousin – who happens, of course, to be his sister.

The problem here is that Ki-jung reveals even more employable skills, playing the role of a high-priced art therapist to perfection, and delivering results. Within a day her ward is well behaved and into his art. It is what happens after, that this amusing satire on the middle-class obsession with tutors turns cut-throat, and empathetic viewers might lose any sympathy they had for the ‘poor’ family. Too many legitimately qualified, and hard-working people we know have lost their jobs unfairly and unjustly to find it amusing when they are framed and sacked without references.

Rather wonderfully, however, this modernist house suddenly turns Gothic, complete with dungeons, chains and revenge plots, and even the magic lucky rock makes a reappearance. The visual motif of levels and corresponding perspectives continues, and the architect’s housekeeper has too much vested in the house to go quietly.

In the last 30 minutes, mayhem take over, turning the film into expertly realised physical jet-black comedy. But by this time the characters have turned into cartoons and lost their humanity. If a knowledge of boy-scout taught Morse Code helps, redemption is too forced to feel earned. Everyone starts to smell.