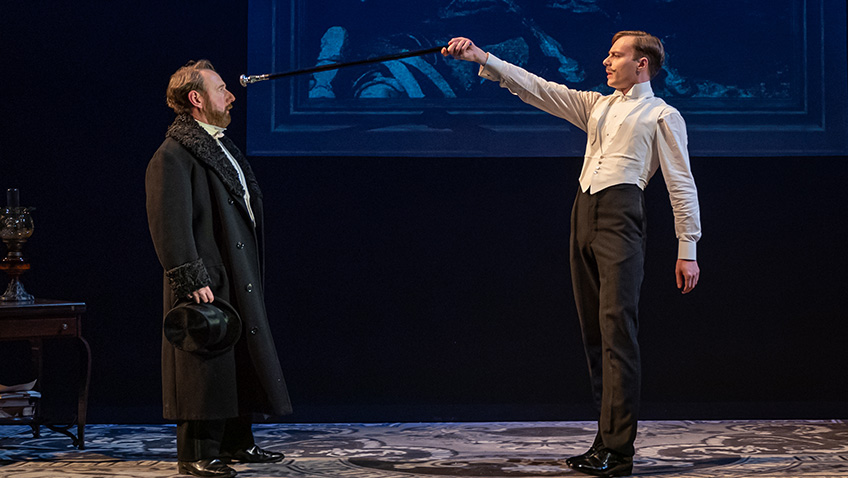 Tom Stoppard’s latest play is his most personal

Leopoldstadt, an intimate drama with an epic sweep, is an act of remembrance for people long forgotten. It is not biographical; but it is Tom Stoppard’s most personal play, and quite unlike any of his other plays.

Stoppard, born in 1937, left Czechoslovakia for England in 1939, just in time. Most of his extended family died in Auschwitz and Dachau. He was brought up as an English boy and did not learn about his Jewish heritage until much later in his life. 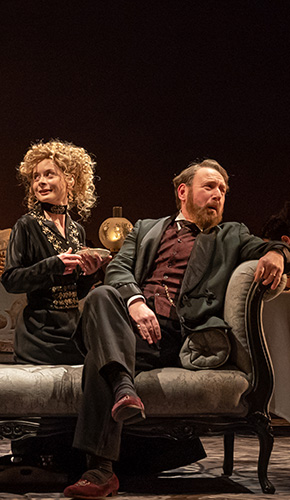 Leopoldstadt is a moving and powerful history of an extended Jewish family in Vienna beginning in 1899 and ending in 1955.

When Emperor Franz Joseph gave Jews equal civil rights hundred of thousands of Jews who had fled the programs found sanctuary in Leopoldstadt, the Jewish district in Vienna, home to Sigmund Freud and Arthur Schnitzler.

Vienna at the turn of the century would not have been the Vienna everybody knows without the culture in arts, mathematics and psychology that the Jews brought to it.

The play opens with a coup de theatre, a tableau of the assembled family, 26 actors, plus 7 children, an incredibly number for a play in the West End. There are so many people on the stage that it is often difficult to know who they all are and what their relationship is to each other.

The family think of themselves as Austrians, not Jews. Adrian Scarborough and Luke Thallon have a particularly good scene together when a cocky young officer refuses to duel with a man who is a Jew.

The most memorable scene is the arrival of the Gestapo (Mark Edel-Hunt) to take possession of the family apartment and to take a roll-call. He tells them to be ready to leave at dawn and that they will be allowed only one suitcase each. The silence in the auditorium during this whole of this scene was so loud that it could be heard all over the theatre.

66,550 Jews were murdered in Leopoldstatd. Six synagogues were destroyed. 13 prayer houses were wrecked. .There was wholesale looting of homes and shops. Factories were requisitioned without payment.

The sweep of the play and Patrick Marber’s fine production carries the actors and the audience. The photographs shown on a big screen before and during the play are fascinating. Richard Hudson provides a set which is grand and Adam Cork’s sound effects have considerable impact.

Stopppard has admitted he has cried every time he has watched the play being acted.. He has also suggested that now that he is 82, it is very probable that Leopoldstdt will be the last play he will write. If this is so, then Leopoldstadt is a memorable exit. 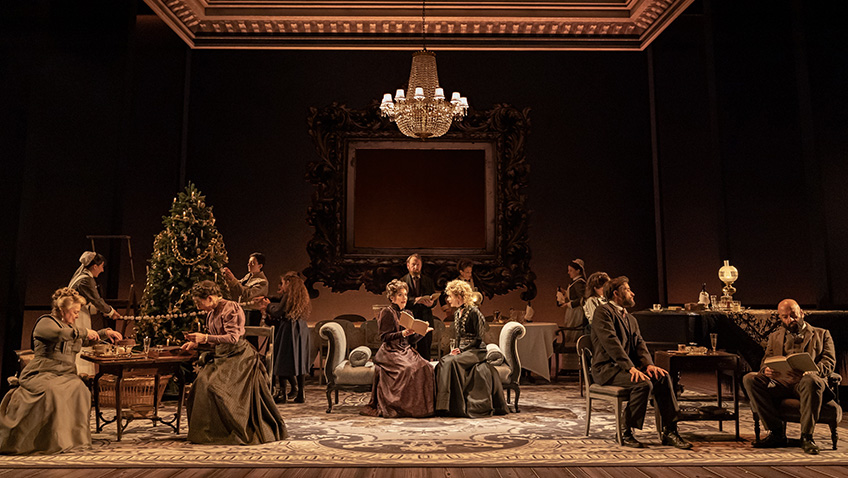