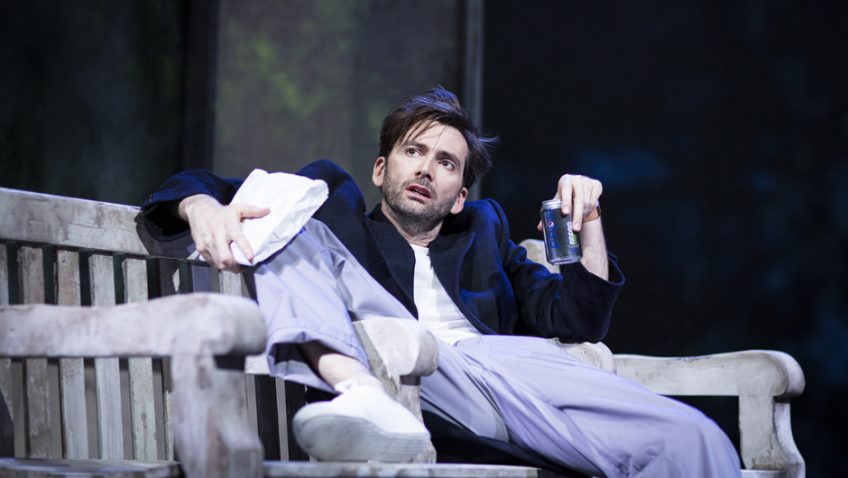 The charismatic David Tennant is cast as a modern Don Juan

Don Juan In Soho is Patrick Marber’s modern update on Molière’s Don Juan and, thank goodness, it is so much better than Sean Foley’s sledgehammer approach to Molière’s The Miser.

Marber’s production has the advantage of the charismatic David Tennant in the leading role and Adrian Scarborough as his side-kick. The chorus gyrating in underwear is an unnecessary addition. Don Juan is the world’s number one sex addict, a swaggering libertine Extraordinaire. At the last count his conquests had reached the 2,065 mark.

He’s a nasty bit of work, heartless, cruel and amoral.  He is Carnality and Evil incarnate and revels in it.

He’s not the sort of man to repent and it’s a big surprise when his old dad and his servant, who know him so well, are taken in by his bogus confession.

Don Juan premiered in 1665, when people really did believe in God, damnation and hell.

The scene which caused most offence was the one when Don Juan tries to get a beggar to blaspheme. The beggar prefers to starve. Here the beggar is a Muslim who is tempted with a Rolex.

The farcical scene everybody is going to remember (and one which audibly shocked a member of the audience in my row) is the one when DJ (Marber’s name for the hero) is chatting up one woman whilst he is being pleasured by another woman.

The script is witty, crude and vulgar. David Tennant’s DJ swaggers with style.

“Please don’t be charmed, he’s not a lovable rogue,” says his servant directly to the audience. His pleas are completely ignored. The audience loves David Tennant and is charmed by him.

The high spot is an excellent and witty rant in which DJ rails at everybody and everything and which Tennant delivers with panache and relish.

Adrian Scarborough is excellent as the servant (a role played by Molière when he was 43) and he is particularly moving when he declares his love for DJ and DJ cannot bring himself to return his love.