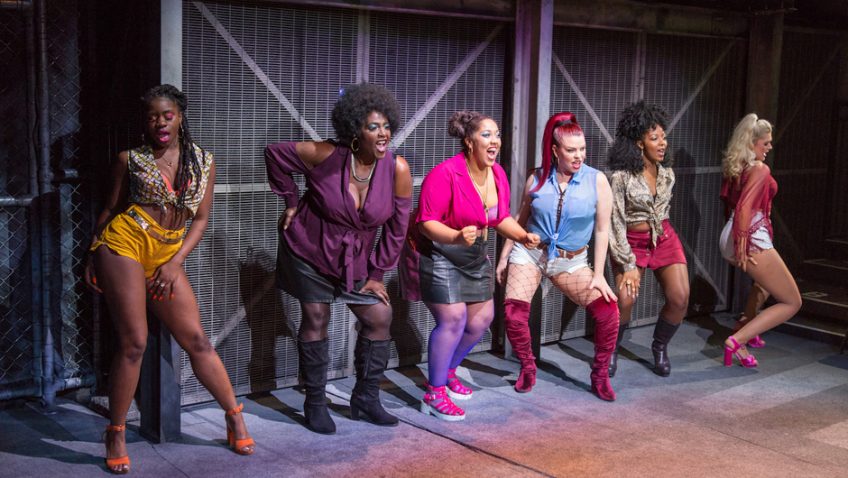 The oldest profession is centre stage

Southwark Playhouse is always a good place to go to if you want to catch up with old musicals. T’Shan Williams and David Albury in The Life

Cy Coleman, Ira Gasman and David Newman had work-shopped the musical as early as 1986. It did not premiere on Broadway until 1997.

The story is set in the late 1970’s and around 42nd Street, long before it was cleaned up, when it was home to hookers, pimps, hustlers, pickpockets, illegal gamblers and peep shows.

Queen (T’Shan Williams) works hard as a hooker to pay for the drugs her lover and pimp (David Albury), a traumatised Vietnam War veteran, still needs. He ditches her for a young blonde up from the country and on her first visit to New York.

The Life is relentlessly sordid. It’s not a family show like Guys and Dolls. It’s not Sweet Charity, either.  It’s much grittier, much nastier and moves to a melodramatic climax

“My Body’s Business is Nobody’s Business But My Own,” sing the raucous whores. The pimps have a good number, too, equally raucous: “Everybody Wants A Little Something.”

Cy Coleman and Ira Gasman have written 22 songs. The dynamic score and the singing is what audiences will come for rather than the sleaze.  The lively choreography is fun, too.  It’s amazing what choreographer Tom Jackson Graves achieves in a tiny space

Sharon D Clarke has a star role as an ageing tired whore and she has one of the show’s best numbers, The Oldest Profession, complaining she is old and tired  which gives Michael Blakemore’s production a big lift.

Cornell S John has a powerful voice and presence as the brutal King Pimp who is liable to smash up the face of any whore who dares to defy him.