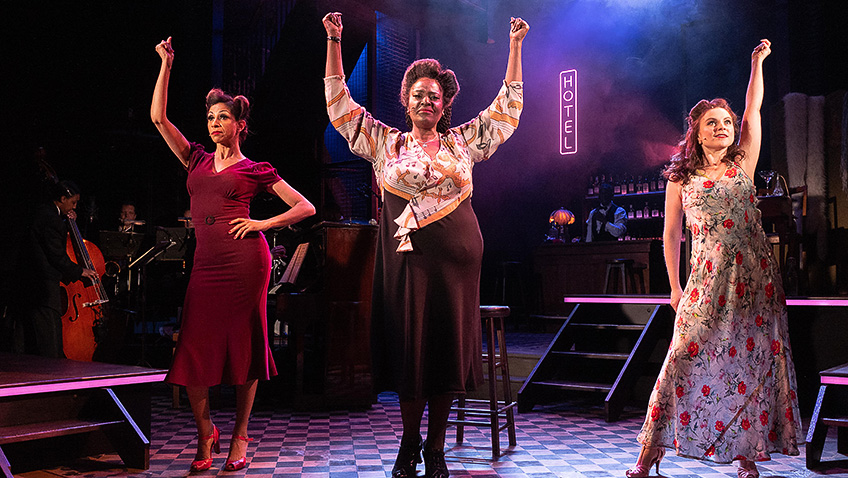 Blues in the Night has 26 hot and torchy blues numbers

Blues in the Night was conceived and originally directed by Sheldon Epps and premiered Off-Broadway in 1980. It ran longer in London. It opened at the Donmar in 1987 and transferred to the Piccadilly Theatre in 1988.

The present production by Susie McKenna and it is its first London revival in 30 years. 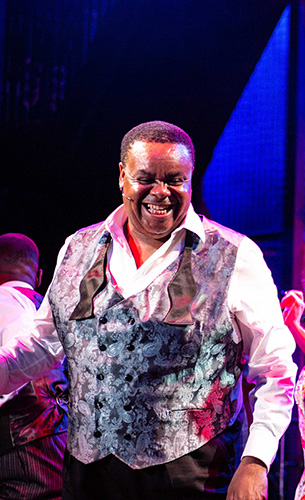 Clive Rowe in Blues in the Night

On offer are 26 hot and torchy blues numbers. The songs are by such blues and jazz icons as Bessie Smith (It Makes My Love Come Down), Duke Ellington (I’m Just a Lucky So-and-So) and Johnny Mercer and Harold Arlen (Blues in the Night).

The action takes place in a downtown hotel in Chicago in 1939. There are four residents, three women and one man. They have no names, only titles.

Sharon D. Clarke is The Lady, a role she understudied in the first London production. Debbie Kurup is The Woman. Gemma Sutton is The Girl. All three women have a poor opinion of men.

A man is a two-face, a worrisome thing who’ll leave you to sing, the blues in the night.

Clive Rowe is The Man.

There are also roles for two dancers. Aston New is The Hustler. Joseph Poulton is The Barman. They should have been given more to do.

There is a five piece band on stage with the actors. Mark Dickman is the musical director and pianist.

There is no story. There is just powerful singing. The songs are atmospheric. The themes are love, loneliness, hardship and sex.

The lyrics are heartbreaking and some of them are rude. The emotional high spot is Sharon D. Clarke singing gloriously a song by Bessie Smith, Wasted Life Blues, in which she wonders “what will become of poor me?”

Another high spot is also by Bessie Smith and that is Nobody Knows You When You’re Down and Out, which is sung by Debbie Kurup and then in harmony with Clarke and Sutton.