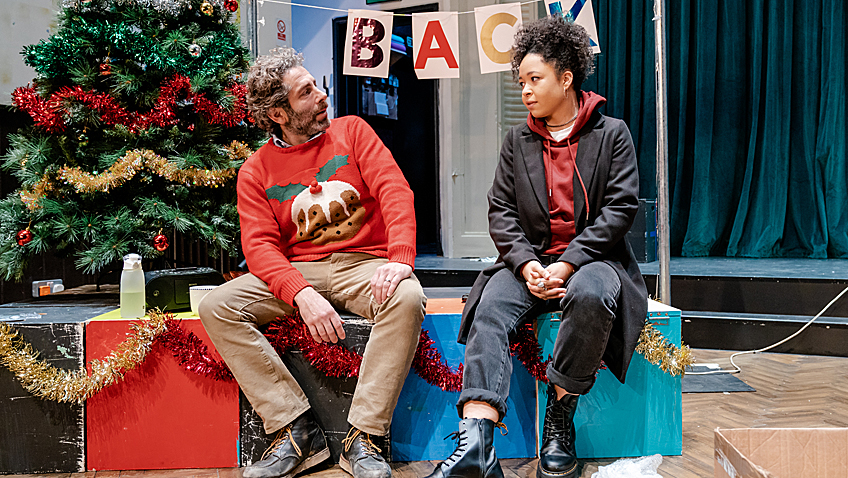 Snowflake used to be a derogatory term for easily offended, fragile young people who were unable to cope with harsh realities and opposing opinions; nowadays it can be applied to anyone who complains about anything.

Children (Oscar Wilde said) begin by loving their parents; after a time they judge them; rarely, if ever, do they forgive them. 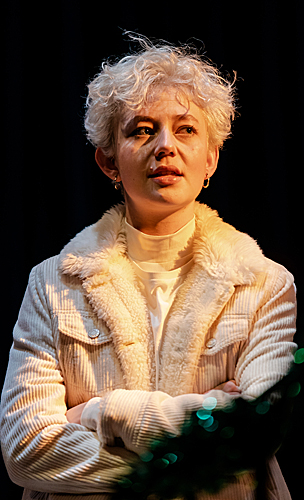 A generational conflict is inevitable. Can it be resolved over Christmas, a time for families to come together, despite their differences, and heal old wounds?

Surveys tell us Christmas reunions are much more likely to make things worse.

Brexit doesn’t help good will, either.

The EU referendum result created many family divisions, especially between the young who voted to remain and the older relatives who voted to leave.

Mike Bartlett’s Snowflake, originally directed by Clare Lizzimore in Oxford in 2018, opens with a very long monologue by a 43-year-old father (Elliot Levey) who sits all alone in a church hall next to a Christmas tree. Above him is a huge Welcome Home flag.

Three years ago his daughter (Ellen Robertson) left home and she hasn’t spoken to him since. What did he do or what did he say to make her leave home?

We watch him rehearsing what he will say to her and hear about his efforts to find her; and as he does so, he reveals his own character.

His wife died of cancer. He’s a lonely man. He wants to be reunited with his daughter. He wants reconciliation. But does she?

“I don’t want to be patronising,” he says; but he cannot help himself. He is patronising.

Elliot Levey delivers the long monologue with considerable skill and variety. He is interrupted by the entrance of an intelligent young woman (Amber James, excellent) he doesn’t know and who immediately starts criticising him.

Snowflake is a very short play and it does not need an irritating interval.