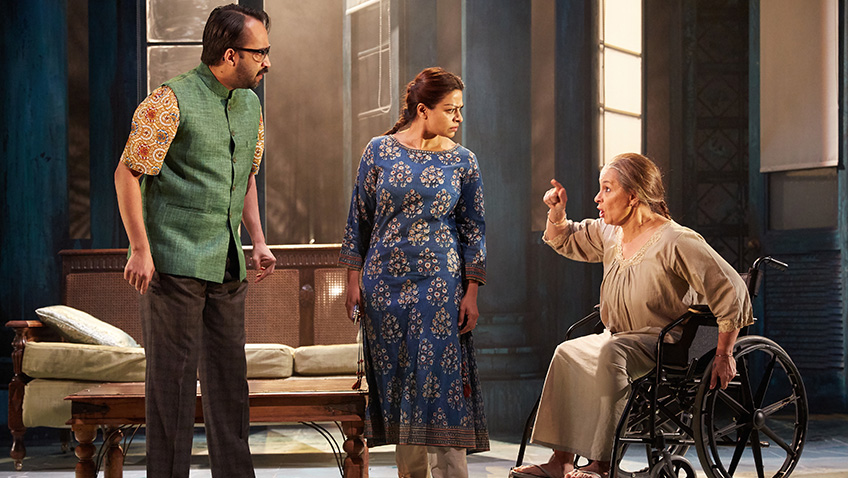 An Indian play about sexual violence against women is timely

Sexual assault is common in modern India. 95% of rapists are not strangers but boys and men in the circle of family, friends and neighbours. Indian women are taught to be loyal to their men even when they are abusive and to turn a blind eye.

Family binds are stronger than the justice system. Police are corrupt and eager to accept bribes. The guilty male goes unpunished in a patriarchal society. 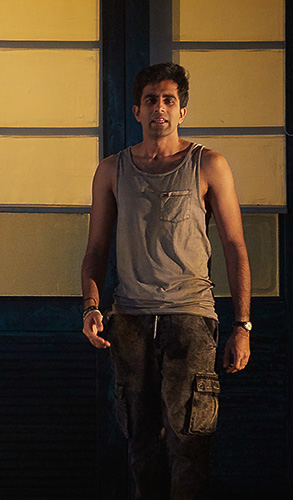 Bally Gill in When the Crows Visit

In 2012 a gang rape happened on a private bus in Delhi and the young woman died, having been assaulted by six men including the bus driver.

Anupama Chandrasekhar’s play has its roots in that horrific incident which shocked the world. But it wasn’t a one-off and things have got worse since then.

The playwright also takes her inspiration from Ibsen’s Ghosts in which the sins of the father are visited on the children; the major difference being the Norwegian son was innocent and the Indian son is guilty.

An arrogant young man (Bally Gill), a video game designer, enjoys watching violent videos; but he has no talent for creating them and he gets the sack. He is accused of gang rape. The victim is a waitress in a Mumbai bar. She is mutilated with a broken bottle and dies.

His mother (Ayesha Dharker) has always been ultra-protective of him. She has always wanted her boy to be a good man. She did not want him to be like his father who abused her regularly when he was alive.

Mother, both a victim and an enabler, is lucky enough to be a rich widow. She has money and she can bribe the police to arrest an innocent man instead of her son.

The actors, directed by Indhu Rubasingham, shout too much and are generally far too loud for an intimate theatre like the Kiln.

The play moves to a sensational climax off-stage, a woman screaming for help and nobody going to her aid. The ending is so nasty that the audience found it difficult to applaud the cast.

I should perhaps add a note about the play’s title. According to Hindu religion, there is a belief that ancestors come in the form of crows. Hindus also believe that crows play a major role in linking the dead and living people.