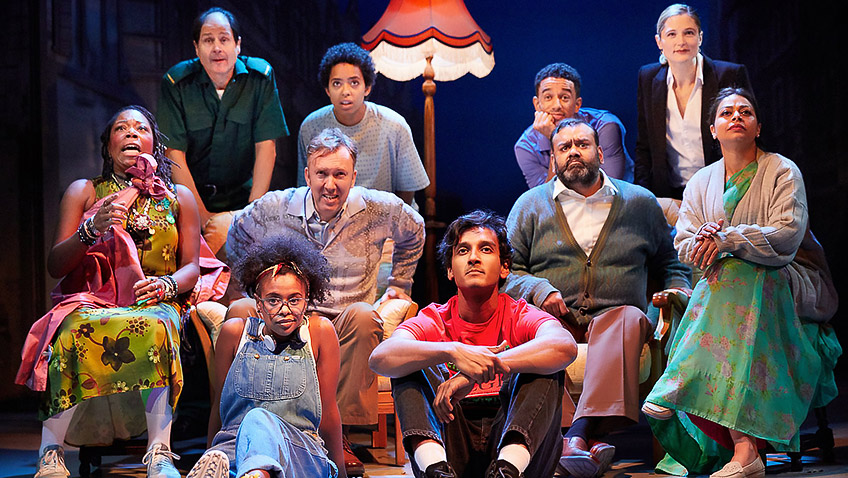 Commonwealth immigrants and the everyday chaos of Kilburn High Road

Zadie Smith’s epic, serious-comic novel, White Teeth, was published in 2000 when she was 24 and had just graduated from Cambridge. The novel was highly praised and won many awards.

It was adapted for television in a four-part miniseries. Now it is adapted for the stage by Stephen Sharkey. Work shopped for many years, Kiln Theatre is the right venue for it. 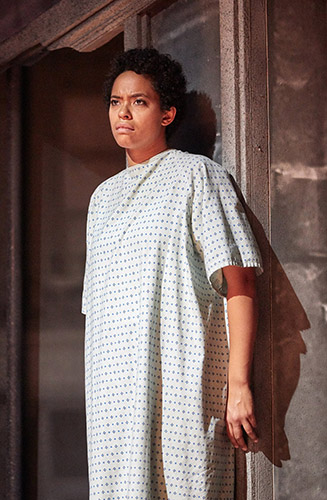 The sprawling and convoluted novel, described by some critics as a hysterical realism, observes multi-cultural London and specifically “the everyday chaos of Kilburn High Road.”

Kilburn (I quote) is a melting pot where nothing’s actually melted. It’s all just kinda stuck together to the bottom in a gooey mess.

A vista of Kilburn High Road is recreated on stage. The characters are commonwealth immigrants, three generations of them, starting at the end of World War 2 and coming right up to the end of the 20th century.

Indhu Rubasingham’s production has 14 actors, three of them actor musicians. There are dull songs and dance routines for actors who don’t usually dance.

The production goes backwards and forwards in time and is a gooey mess.

Samad is the father of twins. Magid (Sid Sagar) is sent back by his dad to Bangladesh where he turns atheist and devotes himself to science and later to racial genetics.

Millat (Assad Zaman), who has pledged himself to the militant Muslim fundamentalist brotherhood, is appalled his brother is no longer a Muslim and that he is working for an ex-Nazi.

Rosie (Amanda Wilkin), a pregnant dentist assistant, wants to find out who her dad was and her mother (Ayesha Antoine) won’t tell her. A mad vagrant (Michele Austin) stabs her in the thigh with a syringe which puts her into a coma and she has a back-to-the-future experience.

The production’s comic high spot is a PTA meeting.