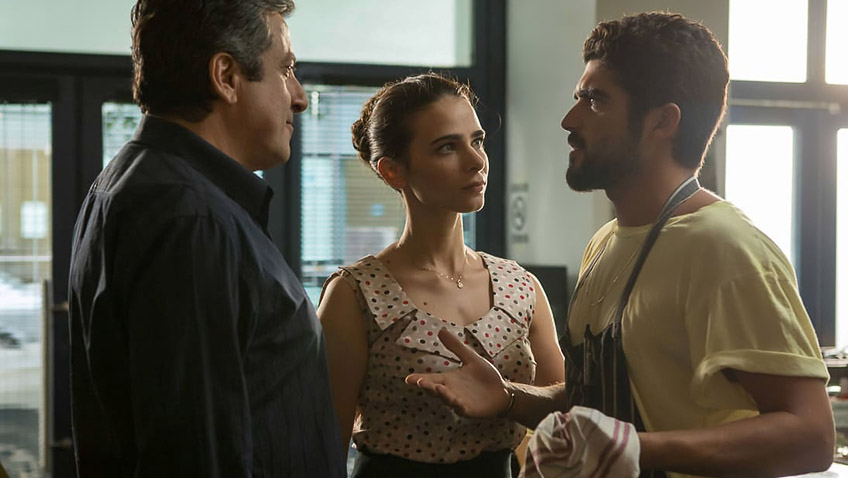 The Jewish Film Festival, which begins 8th November and runs until 22 November, is not only a wide-ranging selection of feature fictional films and documentaries that you do not have to be Jewish to appreciate, but offers a more accessible range of venues than most film festivals. The theatres are spread across London (from the BFI Southbank to JW3 on Finchley Road to Odeon South Woodford and to the Everyman Belsize Park) and the country, with selected screenings in Glasgow, Manchester, Leeds, Nottingham and Brighton, although see the website for details.

The festival opens with Michal Aviad’s topical drama, Working Woman starring the acclaimed actress and screenwriter (Next to Her) Liron Ben-Shlush. Ben-Shlush who will be present at the screening, along with Vanessa Feltz, who will introduce the film. Ben-Shlush plays Orna, an ambitious career woman with an exotic and potentially lucrative new job, marketing luxury flats to overseas buyers. But in light of the #MeToo movement, the House of Commons sexual harassment allegations and the implications of recent news about missing estate agent Suzy Lamplugh, you will not be surprised to find that a woman’s dream job comes with its drawbacks.

Robert Sternberg’s documentary, Refuge Britain: Stories of Émigré Designers, is a reminder of the wealth of talent that refugees bring to the UK. Sternberg’s documentary, however, focuses on three commercial artists who arrived in the UK from Nazi Germany and who revolutionized British design, introducing modernist concepts and practices in graphic and textile design. The documentary features the artists’ children and grandchildren who include Thomas Heatherwick (Rolling Bridge, Paddington Basin, 2012 Olympic Cauldron, Blue Carpet, Newcastle-upon-Tyne).

Equally topical is Daniel Sivan’s documentary The Patriot which will be followed by a panel discussion at the London on 11 November. The Patriot is the story of French-Israeli hacker Gregory Chelli (also known as Ulcan), whose cyber war against an anti-Semitic movement in France crosses the boundaries between laudatory self defence and criminal actions that risk putting Chelli in the same category as his attackers. This disturbing film, and the panel discussion that follows, will no doubt be a thought-provoking experience, asking the audience to consider how far an individual should go to eradicate hate crime.

Another documentary that you can’t miss is Tom Wardle’s Three Identical Strangers, starring Edward Galland, David Kellman and Robert Shafran who have a lot more in common than their names suggest. When you see them introduced in the film, the first of the mysteries and surprises in this multi-layered film will be revealed. What begins as a joyous film about the astonishing reunion of three handsome, loving and outgoing Jewish brothers, spirals deeper and deeper into a dark abyss. Do yourself a favour and read nothing more about this documentary. Grab a ticket and let masterful story-teller Wardle take you on an emotional rollercoaster of a journey.

In editor-turned-director Éva Gárdos’ period thriller, Budapest Noir a detective investigates the death of a Jewish woman in 1936, just before Hungary turned Fascist. The atmospheric film is a very obvious homage to the Film Noir genre such as The Third Man and China Town, but also, an intentionally timely warning, given the state of Hungry today under Viktor Orbán. 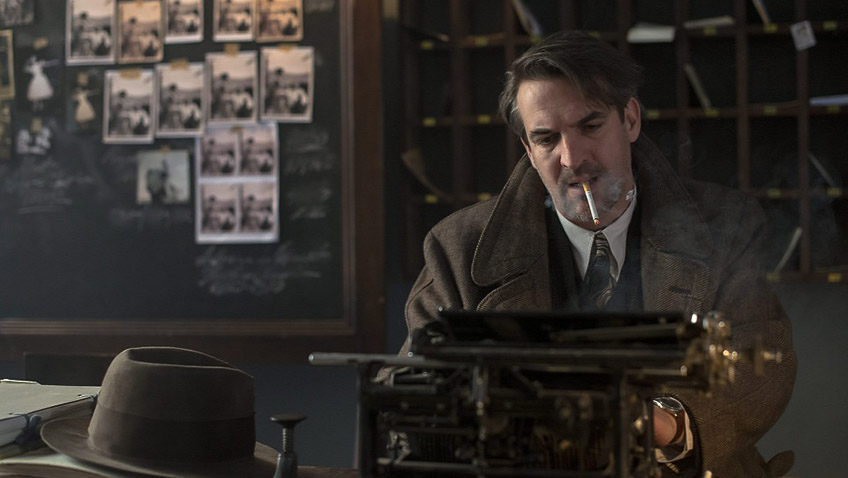 The Closing Night Gala in London (November 22nd) is Promise at Dawn, a remake of Jules Dassin’s 1970 adaptation of Romain Gary’s autobiographical novel, Promise at Dawn

. If no film can do justice to Gary’s episodic sweep and colourful coming-of-age story, Eric Barbier’s adaptation differs in many ways from Jules Dassin’s 1970 version. For one thing, its 130-minute running time allows more of the book to be included. The film features Charlotte Gainsbourg and Pierre Niney (Frantz) and covers Gary’s incident-packed, adventurous youth growing up Vilnius, Lithuania on the eve of World War I, to a Russian Jewish actress mother and Lithuanian businessman father.

that in some ways does some of the screenplay writer and director’s job. The essence of his autobiographical writing is, however, true. Gary was himself a writer/director (Birds of Peru), and is credited with Dassin for the adaptation of the 1970 film. The family was deported to central Russia in 1915, before returning to Vilnius in 1920 (then Wilno, part of Poland) and moving on to Warsaw. When Gary’s father abandons the family in 1925, Romain and his mother move to Nice, France where his mother converts him to Catholicism and where, after studying law, his years in the air force begin.

Gary went on to become one of France’s most popular writers and the only person to win the Prix Goncourt twice, when after winning the prize for Les racines du ciel

was made into the film Madame Rosa in 1977, starring Simone Signoret.

And don’t miss the timely retrospective of the film adaptations of the novels of Phillip Roth who died in May of this year.  As with the adaptations of F. Scott Fitzgerald, there are not many great adaptations of Roth’s work – Indignation, being arguably the best – but each is worth seeing, for the period details, the issue raised and the casting.

For a complete schedule, more information or to book tickets: