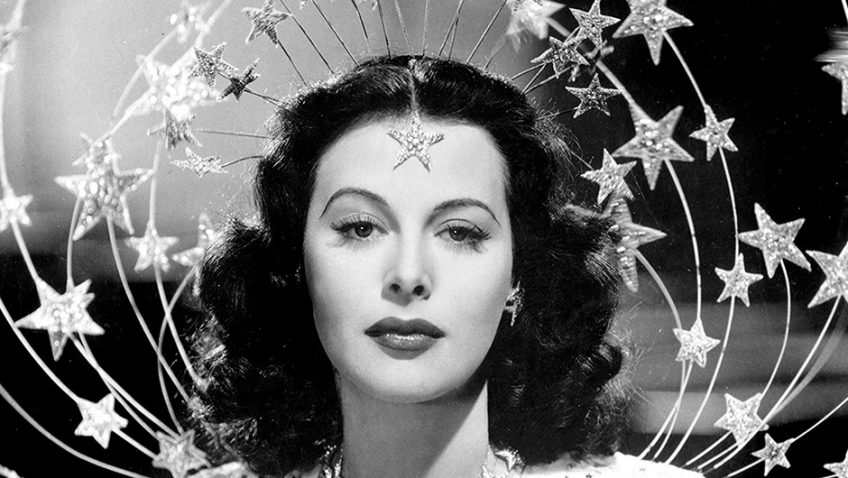 You probably know the name and might recall one or two of her films, but few people will know the person behind the last mid-century’s most beautiful face in the world. Alexandra Dean’s riveting, if conventionally made, documentary is certainly informative, but leaves too many claims and contradictions unexamined. It might be inevitable: Hedy’s own son, Anthony Loder, tells us, ‘she had so many sides and faces I didn’t know who she was.’ Her daughter never knew she was Jewish. Born in Vienna in 1914 as Hedwig Eva Maria Kiesler even her name was not real, but a compilation of ‘(of) the sea’ in a compilation of Latin-based romance languages.

What was real was her devotion to her Jewish banker father who inspired in her a curiosity about how things worked; her six disastrous marriages; her resourcefulness and her beauty. The film’s thesis, which is also promulgated in her autobiography, is that no one could see past her beauty to recognise her brilliant mind.

In her various writings, (Diane Krugar, who knows all about beauty vs. brains having been cast as Helen of Troy, reads from Lamarr’s letters and miscellaneous writings), Lamarr cites two exceptions. One was Howard Hughes, ‘a better friend than lover’, who financed her research in aerodynamics. According to her daughter, Denise, one of the (too) many talking heads in the film, the studios worked their actresses like racehorses –feeding them drugs to stay awake in the gruelling schedules. But after a long day at the studio, she didn’t sleep – she worked on her inventions.

The second exception is musician George Antheil, with whom Lamarr patented the invention of a frequency-hopping system, intended to save allied ships in WWII. A refugee from Hitler herself (her father didn’t make it to America, but her mother did), she was moved by a news story about 83 children killed when their ship was torpedoed. Although America was still neutral in November 1940, she wanted to do something for the war effort.

The film traces the fascinating story of this invention which, though apparently not used as intended in WWII, found applications in Bluetooth, mobile phone, GPS and WIFI technology and military satellites. Instead of recognition and financial reward, there were accusations of plagiarism. Lamarr did live to see her accomplishment recognised in a 1997 award ceremony where her son, Anthony Loder, appears in her place. Lamarr, 83, did not wish to appear, self-conscious of her looks in old age.

While the saying ‘Any girl can be glamorous. All you have to do is stand still and look stupid’ is attributed to Lamarr, she often acted like one of those girls. It was Hedwig who at 18 pursued her first film role as a miserable, young housewife married to an older man in Czech filmmaker Gustav Machaty’s 1933 film Ecstasy. The film attracted widespread attention for its skinny dipping scene and an infamous ‘orgasm’ scene which Machaty cleverly edited from shots of Lamarr’s face. 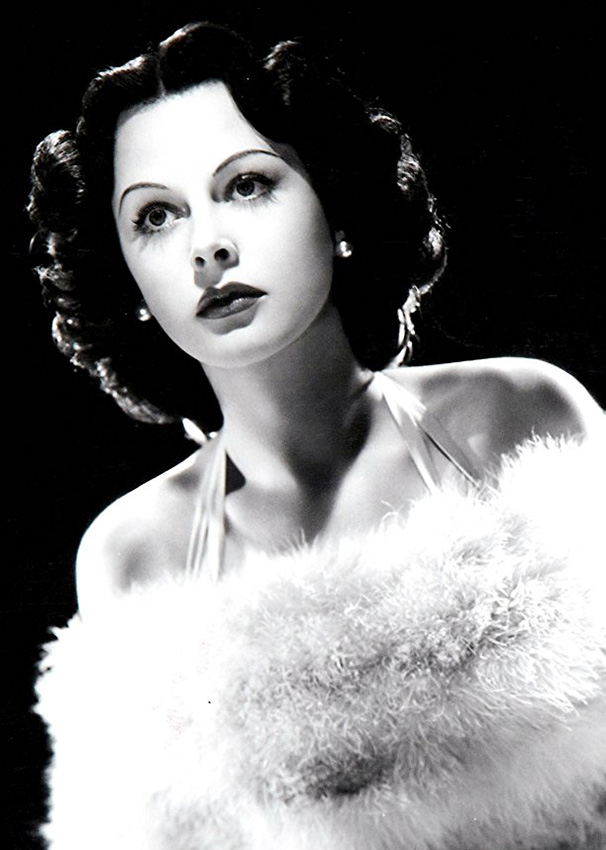 Lamarr had to live down that blot on her CV, using her naivety as an excuse, but she nonetheless agreed to a tell-all ghost-written autobiography entitled Ecstasy and Me My Life as a Woman

. She later condemned it as ‘vulgar’, ‘fictional’, ‘libellous’ and ‘vulgar.’

Still only 19, Lamarr married a wealthy, older suitor, Fritz Mandl, and perhaps she could claim naivety, for this decision. A control freak who sold munitions to the Nazis although he was Jewish, Mandl prohibited his wife from acting, although he must have been impressed with Machaty’s film. Unfortunately, life imitated art and, like her character in Ecstasy, Hedy was miserable.

This may be a documentary, but Lamarr’s life is as full of excitement, chance encounters and dramatic subplots as any of her movies. Lamarr’s escape from Mandl (she apparently drugged the maid who was spying on her and stuffed her coat with jewels) and her subsequent encounter with MGM’s Louis B. Mayer in a London hotel are the stuff of fairy tales. Mayer was talent scouting amongst the Europeans fleeing the Nazis. Although Lamarr rejected his proposed contract, she booked passage to America on the Normandy – the same ship as Mayer – to get another chance. Crossing the Atlantic, she learned two lines of English, which were apparently enough to convince Mayer when he saw how she turned heads.

The clips from her films are limited, perhaps because she was not known for her acting talent and the filmmakers did not wish to highlight that point. But some of her better films are omitted altogether and the clips are disappointingly short. The documentary goes through the star’s life without addressing its many contradictions. For an inventor and the daughter of a banker, she had no head for business as her foray into a disastrous sky resort and film production demonstrates. A woman who accused the world of failing to see her for whom she was, Lamarr became addicted to ruinous plastic surgery. Perhaps there is no way to grow old gracefully when you were once deemed to be the most beautiful face in the world!

In addition to the plastic surgery, Lamarr’s later life was darkened by drugs (another legacy of the studio system), and financial problems, sparked in part by a decision to produce her own films when her career was waning. In this, Lamarr was a pioneer, as many of today’s top actresses are commissioning their own scripts and have started their own production companies to ensure dignified roles after age 25.

Cecil B. Demille’s Sampson & Delilah revived Lamarr’s relatively short career in 1949, but her decision to produce and star in a film in Demille’s flamboyant style was a monumental failure. She might have been a brilliant woman, but she had the same bad taste in films as she did in men. Her marriage to her sixth husband, Lewis Boies, lasted just two years.