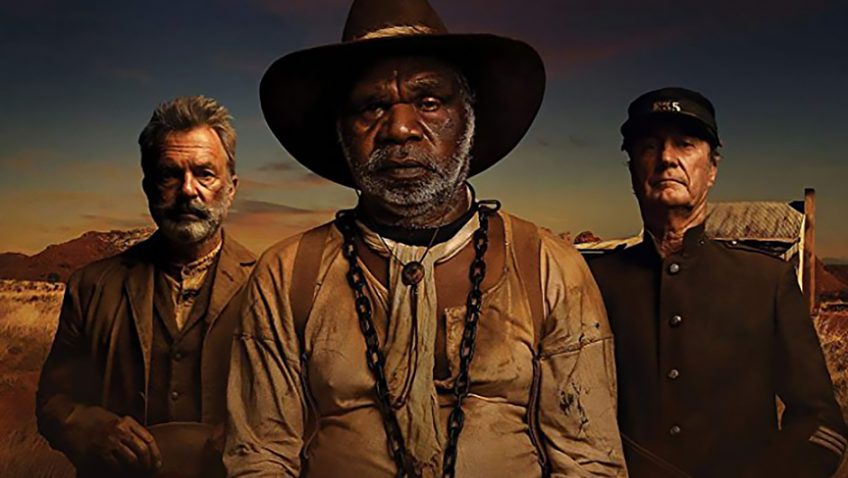 Anyone who saw Aboriginal writer/director Warwick Thornton’s breakthrough film Samson and Delilah will not want to miss, Sweet Country

Though very different, the two films have in common the recurrence of the ‘Sam’ in the male protagonist’s name – a rape – Thornton’s sublime cinematography (he was cinematographer on The Sapphires and an uncompromising, unpatronising Aboriginal story). Set in 1929 in the Outback around Alice Springs where Thornton and scriptwriter (with Steven McGregor) David Tranter were born, Sweet Country

is a searing – and violent – drama about racism, ignorance, justice and coming-of-age in a time of social and cultural upheaval.

Whereas Samson and Delilah was essentially a two-hander, Sweet Country

introduces a wide variety of actual ‘types’ of characters who populate the Northern Territory circa 1929, each of whom play a substantial role in the story. Harry March (Ewen Leslie) is perhaps the only character with no redeeming qualities other than the excuse that he was shell-shocked in WWI and his only after-care was the bottle.

New to his settlement and in need of help, March travels to Black Hill Station, the home of preacher and cattle farmer Fred Smith (Sam Neill). Smith offers to send his stockman, Sam Kelly (Hamilton Morris) Sam’s wife Lizzie (Natassia Gorey Furber), and her sister to help out with the cattle and the domestic chores, respectively.

Accustomed to respect and kindness from Smith who believes ‘we are all equal in the eyes of the Lord,’ Sam is taken aback when March leaves the Kelly’s outside for the night without offering them food. But while Sam is out with the cattle, he could never suspect the violence that his wife endures in the isolated ranch house. 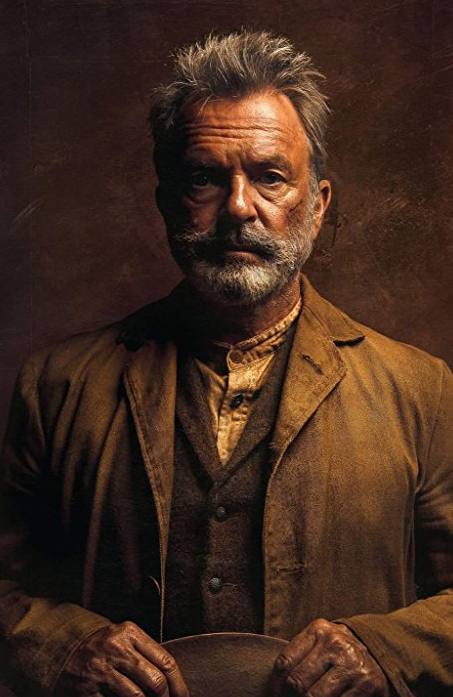 You might suppose the two Aboriginal workers are father and son, but they are nothing alike. Archie is the equivalent of an American Uncle Tom – a dependable stockman and skilled tracker who tries so hard to please his white masters that he will end up hunting down his fellow Aboriginal stockman, Sam Kelly in the eponymous sweet country that is their ancestors’ land. He expects rewards for his subservience but is treated like a slave.

Philomac exhibits none of Archie’s work ethic and, more interested in survival than honesty, is continually getting into trouble and being punished. He has as little respect for Archie as he does for Fred March. It is later suggested that the rebellious teenager is Kennedy’s illegitimate son with an Aboriginal woman whose fate is never mentioned. If Philomac is the product of rape, it echoes another, rape that might also have remained a secret were it not for Philomac’s escape.

When March arrives at his homestead with the borrowed workers, Archie and Philomac, he chains up the boy for the night. Philomac picks the lock and escapes on horseback heading toward Black Hill Station. Incensed, March orders Archie to saddle up and they ride toward Black Hill Station where Sam Kelly and his wife are staying while Fred Smith is away. Inebriated and armed, March begins shooting through the door at close distance, demanding the release of Philomac who is actually hiding outside the property – a silent witness to the attack on the Kelly’s and to the murder in self-defence of Harry March. 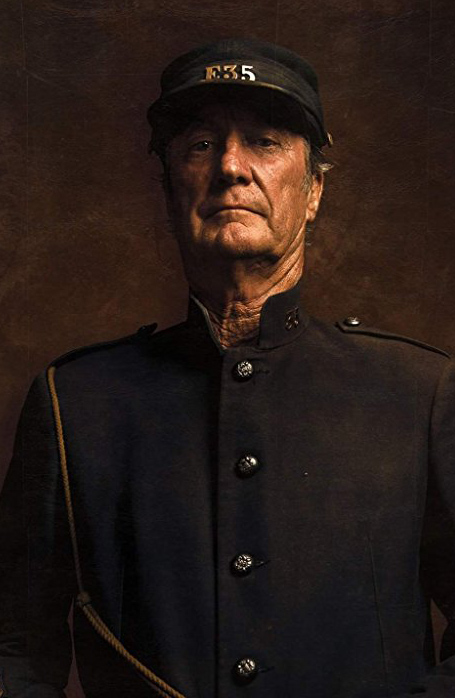 With no confidence in the white man’s justice, Kelly and Lizzie escape on foot.  Local lawman Sergeant Fletcher (Bryan Brown) is brought to head the search party. Here the resemblance to an American Western is most striking, and you will not miss Monument Valley for the breath-taking scenery around Alice Springs.

Fletcher takes the murder of a white war veteran like himself personally and comes to the search, and subsequent trial with typical prejudice and the assumption of guilt. For a while Kelly’s knowledge of the Outback gives him the edge. But with Archie’s help and the speed of horses Fletcher’s hunting party soon close the gap in one of the most suspenseful and unpredictable chase sequences of any western in memory.

weaves legend and history to paint a complex, authentic picture of the filmmakers (and many of the actors’) heritage. Sam Kelly is not only based on the historic 1920 case trial of Wilaberta Jack, where a modern, out-of-town judge’s verdict is overturned by the community’s frontier justice, but it links Sam with Australia’s favourite horse thief, Ned Kelly, memorialised in the paintings of Sidney Nolan and Peter Carey’s historical novel, The True History of the Kelly Gang – if not the film starring Mick Jagger.

For Fletcher, the Outback is the “sweet country” where he dreams of settling down with his bar-owning mistress. For Kelly it is the land stolen from his people and changed beyond recognition. As Fletcher listens to Sam’s painful testimony, he accepts that he jumped to conclusions and bows to Judge Taylor’s (Matt Day) verdict, even if the townsfolk cannot. Watching Brown, 70, you might think back to his breakthrough role in the 1980 film Breaker Morant, another film about a landmark Australian trial in which extenuating circumstances should exonerate a guilty man.