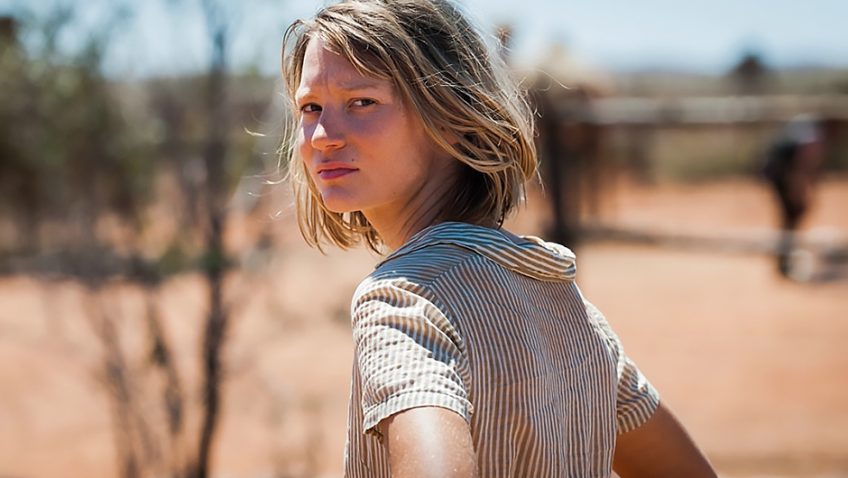 Creating Tracks in the Australian desert

is based on the memoir by the Australian explorer and travel writer Robyn Davidson who, at 27, trekked 1,700 miles across the Australian desert with four camels and her beloved dog. Written by first-time feature scriptwriter Marion Nelson and shot by Australian cinematographer Mandy Walker, Tracks

is a beautifully shot and designed adaptation.

Though the film makes us feel that we are trudging through weird and wonderful places behind the camera, it lacks the dramatic narrative that would make it a classic. Australian actress Mia Wasikowska (Alice in Wonderland, The Kids are All Right) is moody, sullen, defiant, self-sufficient enigmatic and convincing as Robyn Davidson. But who is Robyn Davidson?

All we know about Robyn’s past is that she had been brought up on a remote cattle station in Queensland where her father, an adventurer, had a ranch. In an opening narration she tells us the reason for her decision to change her life in such a drastic manner.  ‘Mainly, I was bored with life in the city and the self-indulgent negativity that was so much the malaise of my age and sex.’

The decision to trek solo across 1,700 miles from Alice Springs to the Indian Ocean carrying supplies on four camels might have been impulsive, but her preparation and planning was thorough and methodical.

In some of the film’s best scenes, we observe from the comfort of our cinema seat Robyn’s two-year (longer than expected after she was cheated by her first ‘employer’) apprenticeship, working for nothing but the promise of training and two camels at the end. She refuses accommodation, preferring to sleep outside: whether for training, to remain independent or to be alone, we never learn. 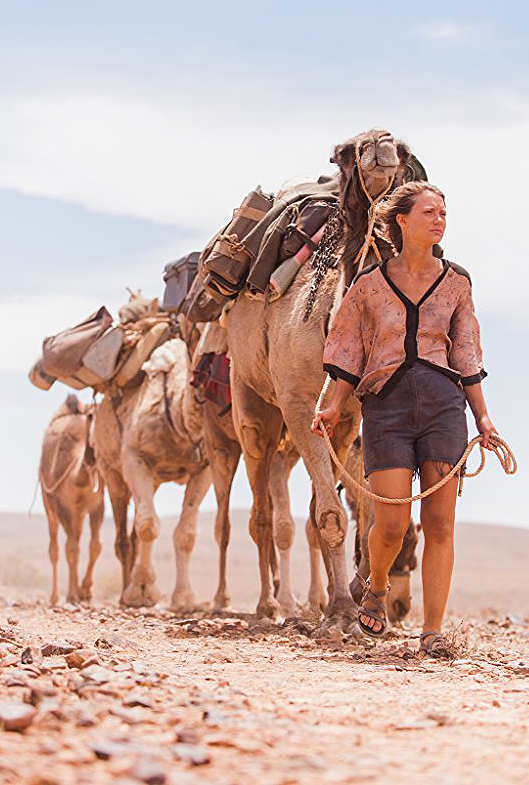 Robyn accepts the financial backing from National Geographic with her typical lack of grace. In the memoir, she insisted upon the photographer Rick Smolan (Adam Driver in the film), but in the film her resentment and disappointment is palatable. Rick is going to meet her at three stages of the journey and take photographs, a commercial process she barely tolerates.

Deprived of male company for so long, she nonetheless sleeps with Rick.  When he interprets this act as a commitment, Robyn, who fears the dependence that she associates with him, writes, ‘How do you tell a nice person that you wish they would crawl into a hole and die?’

That we never get to know, like or understand Robyn might not be the filmmakers’ fault, but it is a problem when asking us to spend so much time with her or appreciate her voyage of self-discovery.  The filmmakers show us interesting slices of Australian life, but when Robyn makes shoes to protect the camels from the scorching ground, why is her dog, that is surely less acclimatised, left barefoot?

Ironically, there are fewer incidents in this slow-paced adventure than you might expect. Fortunately, she has no run-ins with the alcoholic, kangaroo killing miners we met in the 1970s cult classic, Wake in Fright, re-released earlier this year.

There is a truly frightening attack by wild camels (Robyn had been trained and armed for such an eventuality), but the only people who bother her are the occasional camera-snapping tourists as new of this strange camel girl spreads. Still, there is a kind of fascination in observing the details of long stretches of daily existence under the desert sun which will linger in your imagination long after the film has ended.