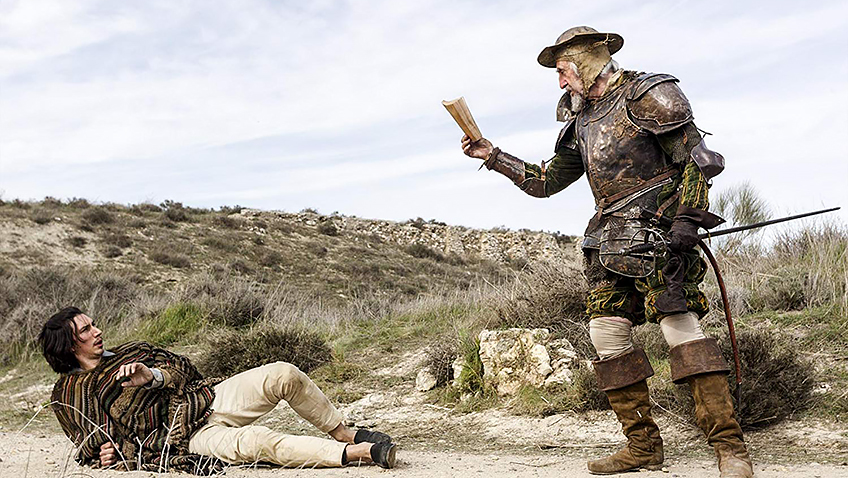 ‘No one can say that we cheap-shotted it and made it look like a piece of crap. No one can say that it’s not, technically and artistically, a brilliant film. That was all our money. We let Terry finish the movie. It represents his vision and his work. Life’s got to go on. It’s a disaster, but there are others.’ A year after the late Richard Soames, a completion guarantor for insurer Film Finances, uttered these lines about The Adventures of Baron Munchasusen, writer-director Terry Gilliam (Time Bandits, Monty Python and The Holy Grail, Brazil, Twelve Monkeys) began development on what, 32 years later, became The Man Who Killed Don Quixote

, out now. The standing ovation Gilliam received at the Cannes Film Festival was a celebration that the great director, if inconsistent, director had persevered and delivered. But Soames’ words about The Adventures of Baron Munchasusen, are both prescient and apt when introducing The Man Who Killed Don Quixote

All directors encounter crisis situations that are beyond their control. Terry Gilliam himself dealt with the death of co-star Heath Ledger during the shooting of The Imaginarium of Doctor Parnassus, ending up with a critically and financially sound end product. Yet Gilliam might be the only director in history to have a book written about the insurance claim that engulfed his largest budget film, the ill-fated ‘The Adventures of Baron Munchasusen’. In Andrew Yule’s 1999 book Losing the Light: Terry Gilliam and the Munchhausen Saga

the insurance loss adjuster, David Taylor, became a character with arguably a greater role in the finished film than the Baron.

will need another book and perhaps it is being written. Suffice it to say that over the years, as well as flash floods, producer disputes, illness, deaths and insurance problems, the late Jean Rochefort, Robin Williams and John Hurt, as well as Johnny Depp, Ewan McGregor, Jack O’Connell, and Robert Duvall, have all been attached. But nothing gives you a better idea of the scale of the enterprise than the realisation that Keith Fulton and Louis Pepe’s documentary film Lost in La Mancha was released 18 years ago in 2002.

, published in 1605 and never out of print, was a ground-breaking satire and character study about a small nobleman with lofty ideals and a belief in noble pursuits and goodness, who is driven mad by reading tales of chivalry. Gilliam, perhaps after the fact, equates chivalric heroes to today’s Hollywood superheroes. In true buddy movie fashion, Quixote is paired with his opposite: a simpleminded, chubby peasant with low self-esteem and morals named Sancho Panza. Panza appears to be the stronger character for he sees that his master is delusional, mistaking windmills for the fierce, destructive giants he attacks. And this wonderful conceit underlies the philosophical question that has transcended time and borders.

In a tribute (or otherwise) to Toni Grisoni, Gilliam’s co-writer since their 1998 film Fear and Loathing in Las Vegas, advertising hotshot Toby Grisoni (Adam Driver) is in Spain where the long-haired, highly sexed, perfectionist wunderkind has more money than ideas, although both are drying up in his commercial inspired by Don Quixote.

One evening a gypsy (Óscar Jaenada) with an agenda sells him a pirated DVD of the student film he made a decade earlier when ideals, ambition, enthusiasm and self-belief combined to launch a promising career. That evening he gives in to the advances of Jacqui (Olga Kurylenko) the wife of his financial-backer (Stellan Skarsgård) and later, in his hotel room, he watches the DVD. 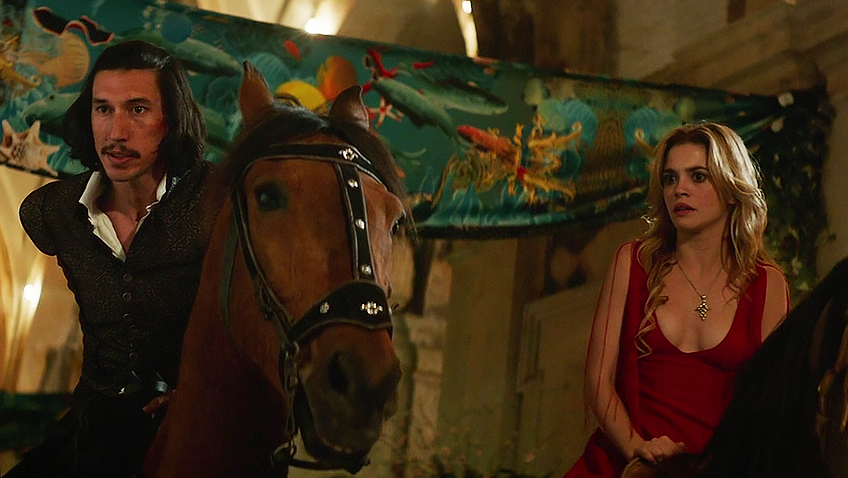 Gilliam’s film becomes a film-within-a-film when, escaping from the wrath of his boss and the production problems, Toby revisits the hilltop village that was the location of the student film. Expecting, if not a warm welcome and an ego-boost, at least some inspiration, he finds the bar owner, Raul (Hovik Keuchkerian) is resentful that his beautiful daughter Angelica (Joana Ribeiro), who was only 15 when she was cast in the student film, was bitten by the Hollywood bug, and ran off to find stardom.

Worse is in store when he is reunited with the village cobbler, Javier (Jonathan Pryce) who became so immersed in his role that he went insane believing himself to be Don Quixote. He is now locked up in a cell like a circus attraction and when Toby arrives, the confused old man takes him to be Sancho Panza.

A fire that engulfs the village breaks out when Javier escapes, and the police are called to the set. Javier helps Toby escape the police and the two embark on various contemporaneous adventures involving people attached to the village and the production. For example, Javier jousts with “the knight of Mirrors” who is actually the bar tender, Raul. At first Toby remains in disguise to escape his boss and the police, but gradually he recognises his double debt to Javier and defends him. He has a debt to Javier for having destroyed the cobbler’s life, and for freeing Toby from Hollywood greed and materialism, and from his own guilty conscience by reuniting Toby with Angelica and helping him find the meaning of life. 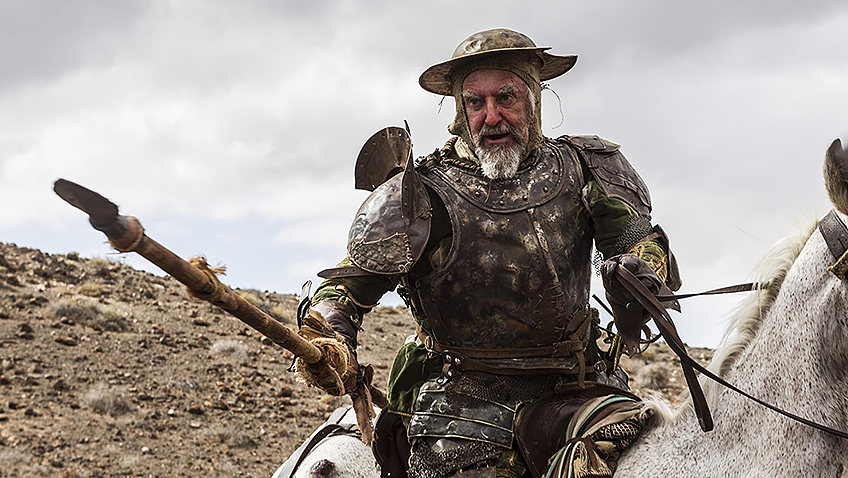 Jonathan Pryce in The Man Who Killed Don Quixote

Gilliam has come forth to tell us that his original concept, in which Toby/Panza was a marketing executive who times travels back to the 16th century after an accident, was scrapped for the cheaper, easier concept that is all shot in one century – albeit across many countries. The second version boasts the autobiographical metaphor that can get lost in the messy, meandering plot. Toby/Panza exposes the dangers of what cinema can do to people whose dreams do not succeed, or who play the Marvel superheroes that they are not in real life. Apparently, an early film that Gilliam (who was born and raised in Minneapolis, but has, since 1968 been a British citizen) made in the States had this effect.

The problem for this ultimately self-indulgent film is that Gilliam’s imagination, fabulous production values, the sumptuous locations and Pryce’s star performance are meaningless when they are not at the service of a coherent and compelling story. In one scene Toby falls through a hole in the sand to discover a cave full of gold but nothing comes of it. Boredom and disbelief combine to disengage the struggling viewer when Toby and Javier attend a masque at the home (a converted medieval castle) of a cruel Russian oligarch (Jordi Mollà) who is keeping Angelica as his mistress. The revellers (who include the production people) mock Javier in a tedious scene in which he is fooled by a virtual reality trip to the moon and nearly killed. The titular death is an anti-climactic disappointment before a sweet ending.