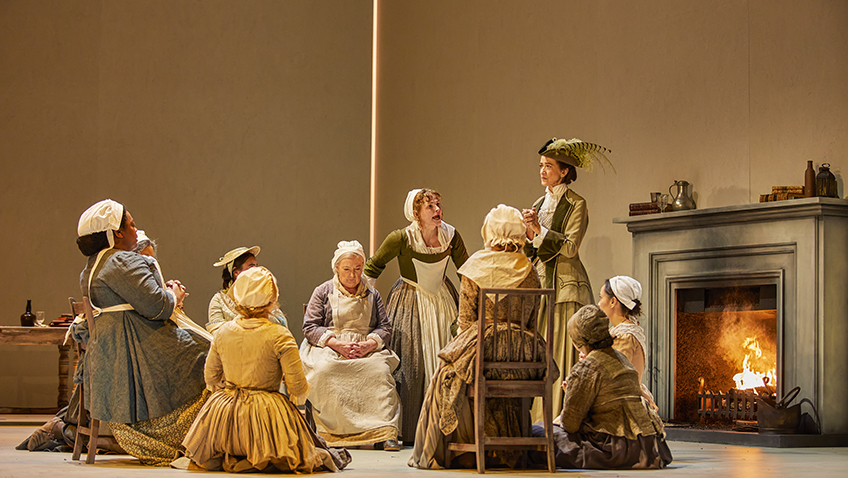 12 Angry Women at The National Theatre

The Welkin is the vault of the sky, the abode of God or the gods.

12 women have to determine whether a woman, accused of murdering a 14-year-old girl, is pregnant or not. 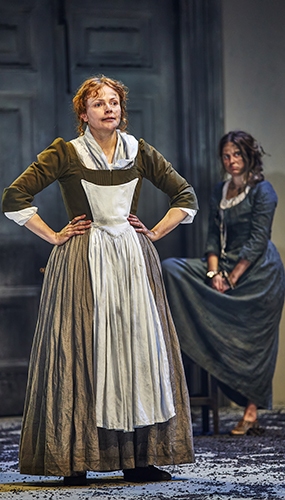 Maxine Peake and Ria Zmitrowicz in The Welkin

Trials always make for good theatre. Many people will feel they are watching an 18th century 12 Angry Men.

The jury of matrons is draw from local women who are locked in a room with the murderer and denied meat, drink, fire and candlelight. Their verdict has to be clean cut.

The quicker they can come to a conclusion the better. In the street, off-stage, is a baying crowd who want the murderer hanged and are in a lynching mood.

The striking opening tableau, brilliantly lit, blindingly so, a series of silhouettes of women doing housework, gets James Macdonald’s production off to a good start.

The women have to do a lot of standing/sitting around, chattering about midwifery. The groupings are varied and always painterly and pleasing to the eye. There is very little action until a fireplace explodes leaving a lot of soot.

A male doctor is introduced to give his professional opinion not only on pregnancy but also his patronising opinion on women in general.

Maxine Peake, as the most intelligent woman in the room, a midwife, has the Henry Fonda role of persuading the women to come round to her view that the woman is pregnant.

A major irritation is that some actors shout far too much and that not all of them are audible. The Suffolk accents make it even more difficult to follow what is actually being said.