Home / LIFESTYLE / REVIEWS > / THEATRE REVIEWS / Faustus in this production is a damn woman! 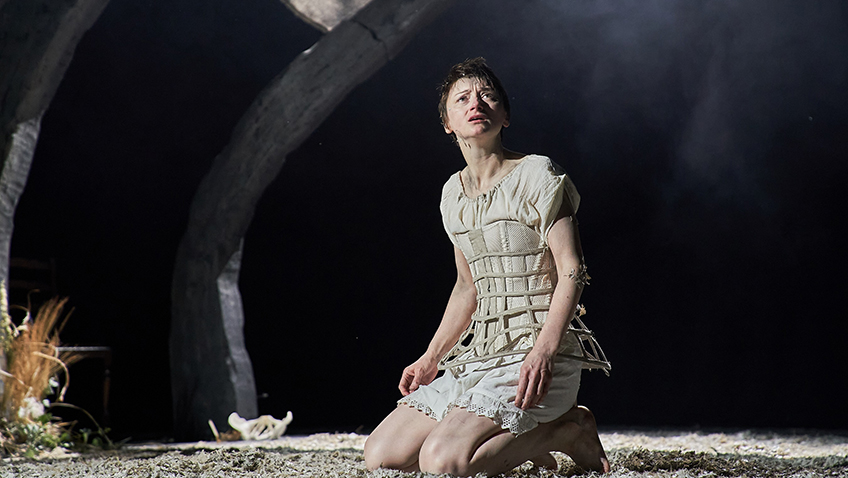 Faustus in this production is a damn woman!

I once saw a production of Christopher Marlowe’s Dr Faustus in which Hell caught fire and was put out by a fire-extinguisher which I must say was extremely encouraging for all the miserable sinners in the audience.

Marlowe’s devilish exercise in blasphemy and necromancy is arguably the greatest tragedy in the English language before Shakespeare and contains in the opening and closing scenes some of his finest verse. 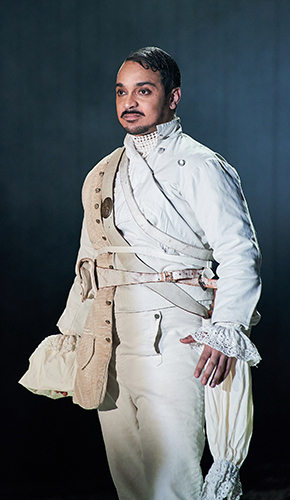 The Faustus myth has universal appeal but I have yet to see a really good production of Marlowe’s play or Goethe’s epic or Gounod’s opera for that matter.

We are living in an age in which the chance to see a classic play as it was written by the playwright is getting less and less. Classic plays are constantly being re-imagined.

There are too many male leads and not enough roles for women. Chris Bush addresses the imbalance by re-imagining Faustus as a 17th century working girl whose dad was an apothecary and whose mum was an herbalist and hanged for witchcraft.

She sells her soul in order to control her destiny and achieve a degree of autonomy that otherwise would have been totally impossible. She turns time-traveller for the next 144 years.

Bush says she wanted to write an epic, ambitious, gothic fever dream which said something truthful about the contemporary female experience.

Caroline Byrne’s laborious production, designed by Ana Inés Jabares-Pita, is played out in a striking cavernous setting. Jodie McNee is cast as Faustus.

The last time Mephistopheles appeared on the London stage, he was played by a woman in Jamie Lloyd’s update starring Kit Harrington.in 2016.

Ironically, here he remains a man. Danny Lee Wynter’s Devil is no dark satanic figure. Dressed all in white, he comes across as a fey courtier. The only dramatic thing he does is to set London on fire and provide some welcome excitement, however brief, at the end of the first act.

Faustus: That Damned Woman is a Lyric Theatre and Headlong co-production in association with Birmingham Repertory Theatre and following its London run it will be touring UK and visiting Birmingham Rep, Bristol Old Vic, Leeds Playhouse and Northern Stage.