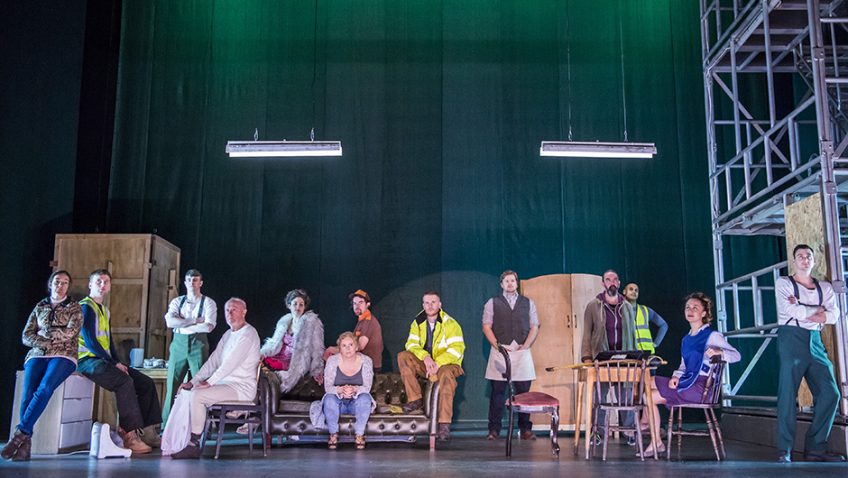 Robert Tanitch reviews The Plough and the Stars at Lyric Hammersmith, London W6

The Abbey Theatre in Dublin invited Sean Holmes to direct Sean O’Casey’s masterpiece in 2016, the 100th anniversary of the Easter Uprising, a seminal moment in modern Irish history. The production now comes to London with many of the original cast.

Sean O’Casey’s The Plough and the Stars is one of the great plays of the twentieth century.

The political speeches recall the terrifying words of one of the leaders of the Uprising, Patrick Pearse: 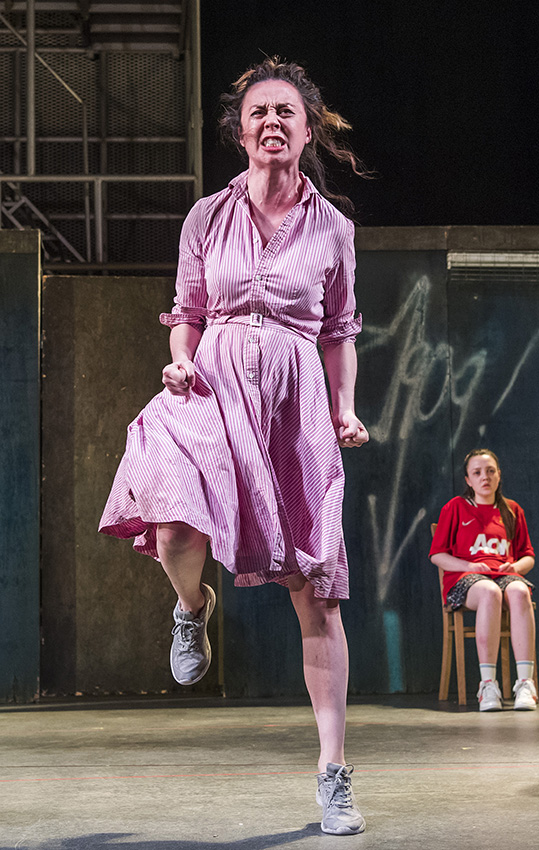 Bloodshed is a cleansing and sanctifying thing and the nation that regards it as the final horror has lost its manhood… Ireland has not known the exhilaration of war for a hundred years. When war comes to Ireland, she must welcome it as she would welcome the Angel of God.

On the fourth night of the play’s premiere at The Abbey Theatre in 1926 there were riots. The audience did not like the unflattering portrayal of the Irish as cowards, braggarts, looters and windbags, shiftless good-for-nothings.

The rioters objected to the appearance of a prostitute on stage and were outraged when the Tricolour was brought into a public house.

Act 3 is an extraordinary mixture of farce and tragedy. O’Casey was accused of ridiculing the men who had died during the Uprising.

W. B. Yeates, director of The Abbey, anticipating a disturbance, had prepared a speech, which he had already sent to the newspapers: “You have disgraced yourselves again. Is this to be an ever-recurring celebration of the arrival of Irish genius?

There had also been riots at The Abbey at the premiere of J. M. Synge’s The Playboy of the Western World in 1907.

The Plough and the Stars offers a slice of Dublin tenement life and a reminder that far more people died of malnutrition and consumption than were killed in World War 1.

25,000 Dublin families lived in one-room tenements. O’Casey spoke from experience. He, too, had been brought up in a Dublin tenement building.

O’Casey piles on the tragedy. There are six deaths and one descent into madness. The play is saved from melodrama by the intensity of the feeling and the humanity of the characters.

Niall Buggy, who “wears a look of animated anguish mixed with irritated defiance” is excellent casting for Peter Flynn. Dressed in the green and gold of the Foresters, he looks like something off a Christmas tree.

I wish Sean Holmes had given his production the full 1916 reality in clothes and settings. What we see on stage looks like the final rehearsal before the first dress rehearsal. The play loses much of its impact when it is not staged in its correct period context.