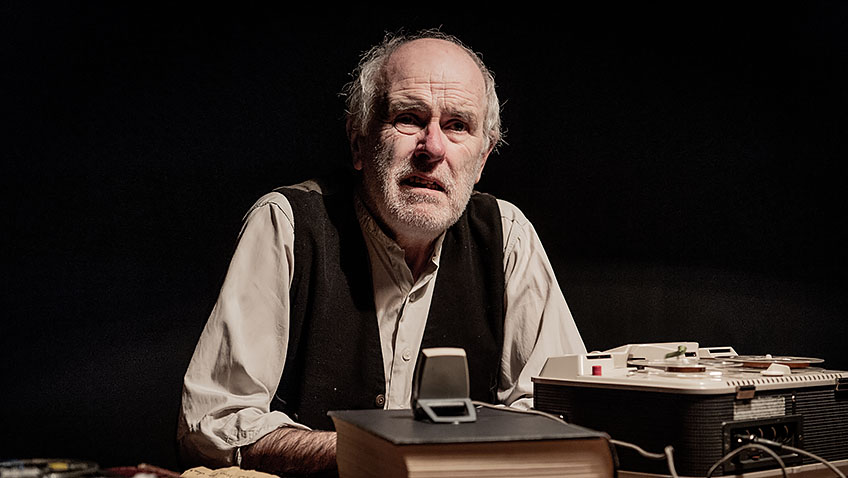 Trevor Nunn, equally adept with epic and minimalist plays, directs three of Samuel Beckett’s short plays. Human isolation and loneliness is the theme which unites them. It is a melancholy evening’s entertainment.

A 69-year-old man sits at a harshly lit desk, surrounded by darkness and spools of tapes, listening to his 39-year-old self on a tape-recorder. The older man finds it hard to believe he could ever have been so stupid and is contemptuous of his earlier aspirations.

Beckett described Krapp as filled up to the teeth with bitterness and likened him to a tiger in cage and a badger in a hole. He wrote his 55-minute monologue for Patrick Magee, whom he had heard on radio and liked the sound of his voice. John Hurt, too, was great in the role. 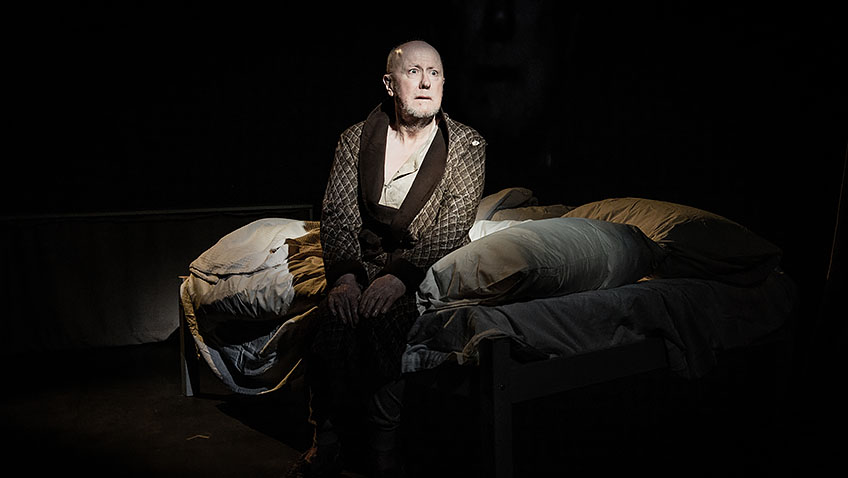 Written for the great Beckett interpreter, the Irish actor Jack MacGowran, He, Joe was first performed on television in 1966. MacGowran described it as the most exhausting Beckett play he had ever acted. “Gosh, Sam,” he said, “you’re getting more and more difficult.”

The setting is a small, bleak room with a curtained window and two curtained doors. Joe, a dirty, faithless lover, is dying. He sits on his crumpled bed in his pyjamas and dressing-gown, saying nothing. There is a huge projection of his face behind him registering his tears as he sits listening to the whisperings in his head – “that penny‑farthing hell you call your mind.” The voice accuses him of being responsible for a woman’s attempted suicide. Niall Buggy is Joe. Lisa Dwan is the disembodied voice. 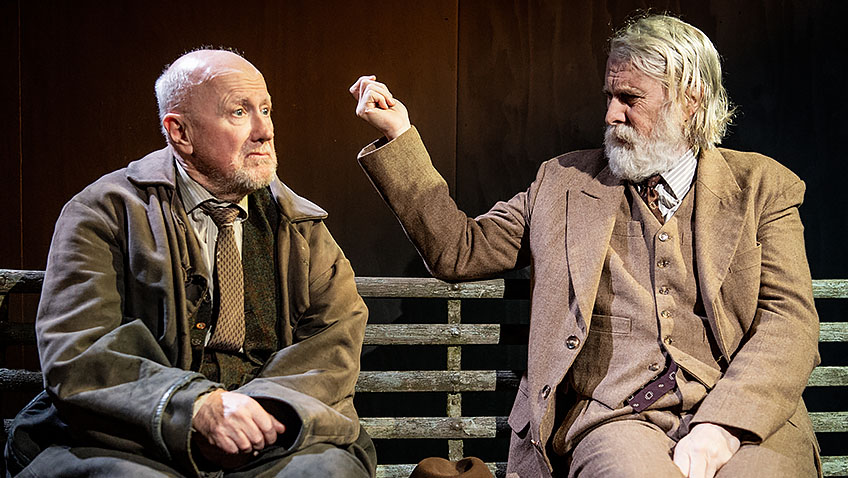 Niall Buggy and David Threlfall in The Old Tune

Beckett’s adaptation of a radio play, written by Robert Pinget and first acted by Jack MacGowran and Patrick Magee on radio in 1960, is rarely performed.

The Old Tune has echoes of the senile Justices of the Peace, Shallow and Silence, in their Chimes at Midnight scene in Shakespeare’s Henry IV Part 2.

Two lonely elderly men, an organ-grinder and a widower, who have not seen each other in a very long time, sit on a bench on a busy road and chat and reminisce. The roar of traffic continually interrupts their nostalgic and confused memories about families, deaths, war and the women they had known. Their memories are not as good as they used to be and they contradict each other about names, places and dates.

Of the three Beckett plays on offer The Old Tune, a gentler piece, is the easiest and far and away the most enjoyable. Niall Buggy and David Threlfall’s performances are disarming.