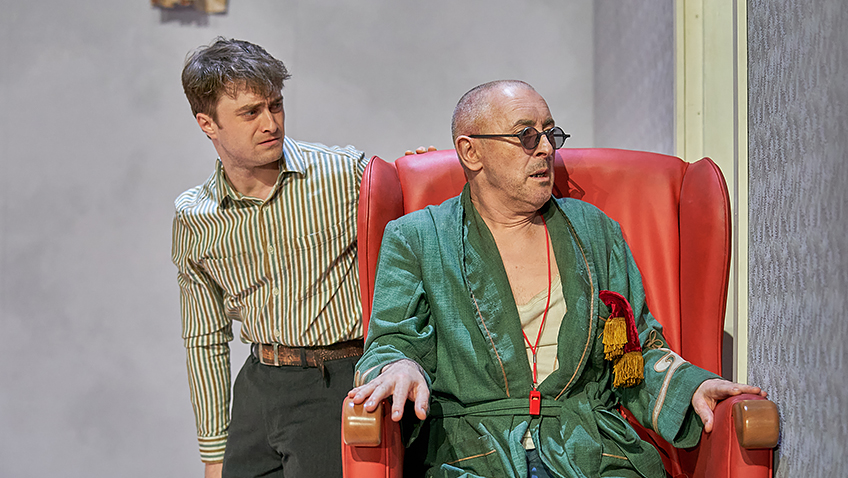 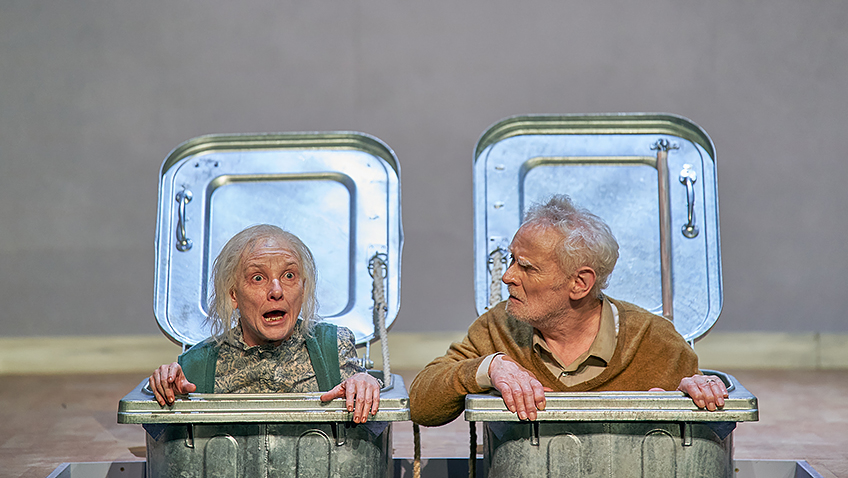 There are critics who think Endgame is Samuel Beckett’s greatest work but it has never been easy to watch; and it’s certainly not as popular and as accessible as Waiting for Godot is. The only time it has really worked, for me at least, was when Lee Evans acted Michael Gambon off the stage.

“I would like as much laughter as possible in the play,” said Beckett, insisting it was a playful piece. “Nothing is funnier than unhappiness. Unhappiness is the most comical thing in the world.”

Endgame was initially written in French; but nobody in France wanted to stage it. Its premiere in London, at the Royal Court in 1958 with George Devine and Jack MacGowran, was delayed by six months by the Lord Chamberlain who wanted the blasphemous line, “The Bastard. He doesn’t exist!” removed. Eventually, Bastard was replaced with Swine.

He is looked after by Clov (Daniel Radcliffe), his servant, who may be his son. Clov has been threatening to leave ever since he was born. “What’s to keep me here?” he whines. “The dialogue,”‘ replies Hamm.

“Did you ever have an instant of happiness?” asks Hamm. “Not to my knowledge,” replies Clov.

Radcliffe (cast as the cripple in Martin McDonagh’s The Cripple of Inishmaan) is a cripple again, limping around and climbing ladders. He is physically funny.

Karl Johnson and Jane Horrocks, side by side, both up to their necks in two separate dustbins, an iconic image, are perfect as Hamm’s dying parents. 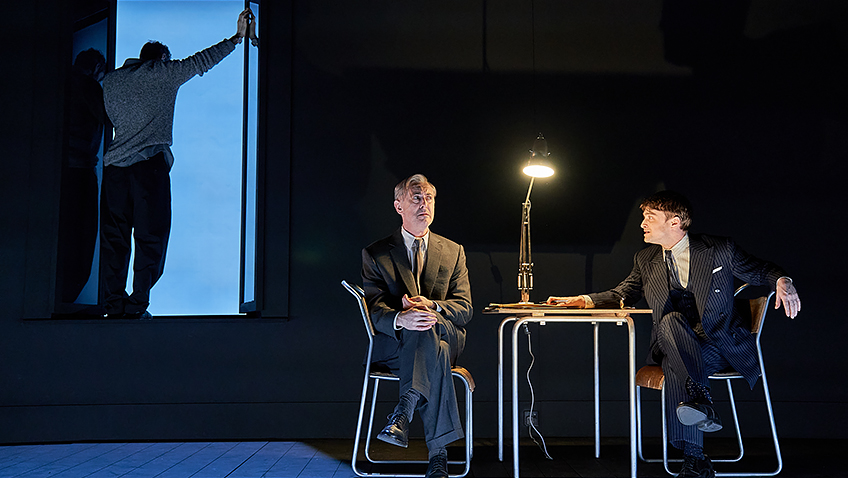 Samuel Beckett’s bleakness can be an ordeal at the best of times and Rough for Theatre II, written in French in the late 1950s but not published in English until 1976, is, not surprisingly, rarely performed.

The litigious Beckett estate does not allow any deviation from the text with its detailed stage directions. It’s a lot of drivel going nowhere and neither Jones, nor Cummings, nor Radcliffe has found a way of making it work.

A man stands at an open window on the ledge ready to jump. Two civil servants read out mainly negative testimonies of his humdrum life. There is a running unfunny gag about lamps being turned on and off which Beckett is the first to admit goes on too long.

Will the man jump out of the window? Some members of the audience jumped and did not come back after the interval.

It might have been more rewarding to revive Beckett’s Play (three actors stuck, Ali Baba fashion, in three urns), which had its British premiere at the Old Vic in 1964, when it was housing the National Theatre, and hasn’t been seen since.