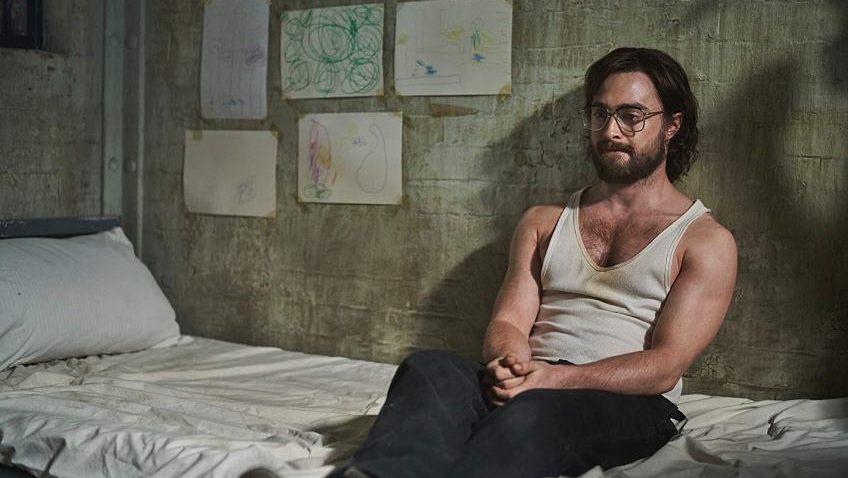 White, middle-class, prep school and university educated. South African Tim Jenkins’ (Daniel Radcliffe) sentence of 12 years in Pretoria’s maximum-security prison has to be seen as a warning to other white people repulsed by apartheid. Jenkins was not going to help the cause by sitting in prison, and he set about planning an escape. British director and co-writer Francis Annan’s adaptation of Jenkin’s autobiography Escape from Pretoria is a taut, tense thriller, but unlike most prison escape movies, the escape itself was a means towards an end, and that end was to end apartheid. Jenkins’ escape was ingenious, courageous and miraculous, but it was everything that followed that he should be remembered for.

Jenkins and his white friend from university, Stephen Lee (Daniel Webber), had joined the ANC as researchers and pamphlet writers four years before their arrest. In 1978 they were found guilty of treason for leaflet bombing. The leaflets were attached to small, low grade bombs, which would scatter the information in the air while shrouding the perpetrators and collectors in smoke.

Just before Jenkins is carted off, his black girlfriend (Ratidzo Mambo) smuggles a large wad of cash into the prison and kisses him goodbye. We never learn if he saw her again, but we do see that he hides the money where the sun doesn’t shine.

The bad news is that the prison is a wretched place with the usual sadistic guards and rules that would constitute cruel and unusual punishment today. We are spared explicit scenes of violence, and instead, get a sense of the misery when fellow prisoner Leonard Fontaine (Mark Leonard Winter) receives the visit he has been living for all year: one-half hour with his pre-teen son. ‘Mum says when you get out, I’ll have a beard and will be 23’ the little boy says. Fontaine reassures his son he will be out long before that. When he instinctively puts his hand up to the glass to touch his son’s, the guard ends the visit prematurely.

The good news is that although Jenkins and Lee (who is serving 8 years) are kept in separate cells, they are in the same prison and are surrounded by like-minded political prisoners. When Jenkins is introduced to Denis Goldberg (Ian Hart) in the cafeteria, he is awed at being amongst “royalty”. If there is a warmth between the two that transcends the script, it could be because Hart and Radcliffe appeared together in Harry Potter and the Philosopher’s Stone. Now Potter has a beard.

Goldberg was arrested with Nelson Mandela and given four life sentences at Pretoria, which was dubbed The White Robben Island. Goldberg is (he is now 86) a great man. His life is so fascinating and his selflessness and personal sacrifice so immense, that any supporting role would feel underwritten. He is also paid a disservice in the script for refusing to join the escape and trying to discourage Jenkins.

Goldberg knows that his escape would trigger a clampdown on the ANC operatives still at large. Although it is not made explicit in the film, it is Goldberg who sends coded messages to the ANC outside the walls, to arrange for a vehicle to rush the trio to the border, but we do see Goldberg distracting the guard when, in a nail biting scene, the escapees are stuck. So, how did they escape?

Given that the prisoners were kept in solitary confinement most of the day, it does not feel all that surprising that Jenkins is narrating to us from the book he has yet to write. ‘Then it dawned on me – you don’t have to know everything; you just have to know enough.’

His epiphany comes in a carpentry class, where he gets the idea of making copies of the keys, which he has to do from sight and through trial and error. The meticulous trial and error in this process is the backbone of the film, and has us, at times, at the edge of our seat. In his 20 months behind bars, Jenkins create many copies (they would break easily) of the 15 locks between his cell to the front door. If any guard gets any whiff of the idea, it will spell the end of hope. Annan takes full advantage of this to increase the suspense in a series of tense scenes. When a key falls out in the corridor one night, beyond Jenkin’s reach of course, he has to resort to a broom and some chewing gum to try to get back in the cell before the night patrol.

Once door one is mastered, through a series of “dry runs”, the men learn there are eight doors. They also learn that they have to hide in a closet at the halfway point, and it can only fit three people. Those three are Jenkins, Lee and Fontaine.

This reminds us that even if the men manage to get through the 8 doors with all keys working and no one detected (the presence of CCTV cameras was not even debated in South Africa before 2016) they have to get out of South Africa, which will be on high alert. Captions at the end suggest the long journey still ahead, a journey that promises to be fraught with as much suspense and peril as the breakout.

That Annan is not just making a prison break movie is clear to cinephiles from the name given to the third ANC prisoner, Alex Moumbaris, who was born in Egypt to Greek parents and grew up in Australia. Annan gives him the name Fontaine in homage to Robert Bresson’s great prison break drama, A Man Escaped. That film, too, is based on the memoirs of Resistance hero, in this case, Andre Devigny who escaped from Gestapo chief Klaus Barbie’s prison in Lyons during World War II.

Ever since graduating from Hogwarts School of Witchcraft and Wizardry Daniel Radcliffe has used all the magic at his disposal to disappear and re-emerge in dozens of new guises. This week alone it’s possible to see him as Clov, a servant who cannot sit down and performs absurd, repetitive actions, in Samuel Beckett’s 1957 play Endgame, and in this film, as a political prisoner determined to avoid his own endgame.

It’s a shame therefore that it is the tension from the key in the lock thriller that will be remembered and not any of the performances. Of all the actors in the film only Radcliffe has a significant role, and yet even this remains superficial and unenlightening about the man we never feel close to.