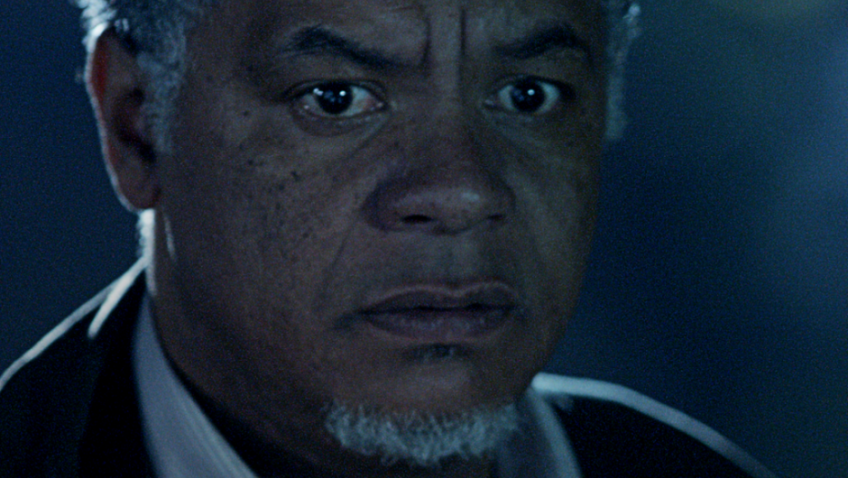 Nelson Mandela changed the face of South Africa to the outside world and, opened up the possibilities for its black population to flourish, but one man, no matter how great, could not change the economy of a nation waking up to the vast gulf between the rich and the poor in a competitive international environment.

Four Corners is a well-meaning drama about the divisive nature of a post-Apartheid Cape Town community that focuses on four victims of that gap.

The film begins in Pollsmoor, South Africa’s toughest maximum Security prison with Farakhan (Brendon Daniels) becoming a free man after 13 years.  Farakhan is a ‘general’ in the traditional old Numbers Gang (the gangs that carry the numbers 26 and 28 are old enemies) and has all the tattoos to prove it.

But now he is returning to his old neighbourhood to live in peace and find the 13-year-old son whom he has never known.  That son, Ricardo (Jezriel Skei), who has grown up fatherless, has somehow become a chess prodigy, but he is torn between his ambition to play chess and the pressure to belong to a gang.

Ricardo has not escaped the attention of Police Captain Tito Hanekom (Abduragman Adams), who is a devoted father himself and sees both the boy’s potential and the danger he is in.

Ricardo, who has had some run-ins with the law, looks up to Hanekom more as a father figure than a cop. But Hanekom is too busy tracking down the serial killer of young boys to notice what is happening to Ricardo.

If you are wondering where the love interest is in all this, it is conveniently provided by Leila Domingo (Lindiwe Matshikiza), Farakhan’s former girlfriend who has since escaped to London where she trained to be a surgeon.

Leila’s temporary return to the ghetto following news her estranged father’s death coincides with Farakhan’s return.   As Leila deals with a kindly sitting tenant in her father’s house (was this a homosexual relationship?), she begins dating Farakhan again, secure in the knowledge that she will be returning to London.

But Leila does not bargain on the persistence of the gangs and her reaction to the mean streets of her former home highlight the rift between her two lives.

The story holds your attention, but Terence Hammond’s script spends so long trying to be authentic with language – Tsotsi taal, Cape Afrikaans and various English dialects are used – and with lengthy exposés on the Cape Town Number Gangs, that it has to rush through the other threads.

The writing is noteworthy more for its clichés than insightful drama while Ian Gabriel’s direction and editing is sometimes confusing and misses the big moments.   As in the recent film Child 44, the decision to tact on a serial killer of young boys seems one sub-plot too many in a story that already has a lot to digest.