Home / LIFESTYLE / REVIEWS > / FILM REVIEWS / The Joneses starts out fun, but isn’t worth keeping up with 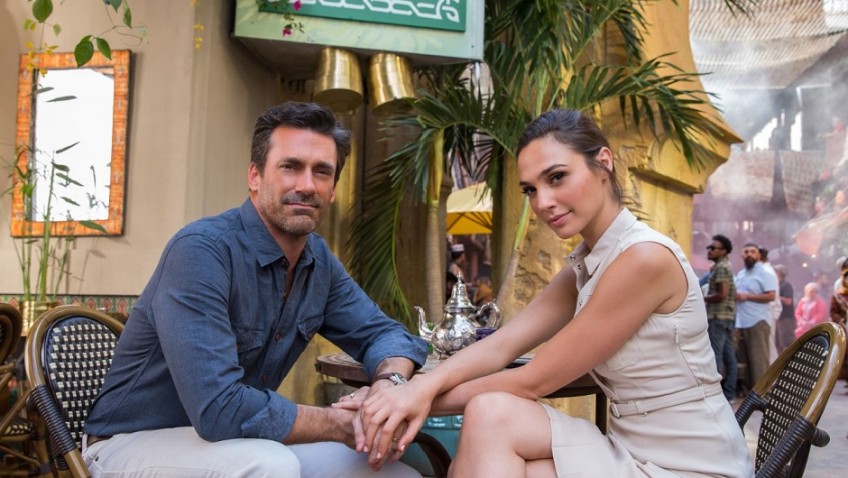 The Joneses starts out fun, but isn’t worth keeping up with

Joyce Glasser reviews Keeping up with the Joneses (October 21, 2016)

Keeping up with the Joneses joins an appealing genre of films like Mr and Mrs Smith, The Joneses and The Spy Next Door in which a seemingly perfect family, couple or individual moves into a normal, suburban neighbourhood, but are not who they appear to be.

A variation of this theme is the action/comedy True Lies and the comedy/thriller Data Night, in which ‘normal’ people are catapulted into the exciting romantic lives they can only dream of. Keeping up with the Joneses could have been a parody of the genre, but it does not appear to be that ambitious. As it is, scriptwriter Michael LeSieur and director Greg Mottola deliver a straight comedy/thriller that does a pretty poor job thrilling us or making us laugh.

Jeff Gaffney (Galifianakis) is a human resources manager at a company supplying high-tech items for defence contracts where the security-restricted staff members use the oblivious Jeff’s unrestricted computer to send emails. He and his wife Karen (Isla Fisher) and their two children enjoy a normal life in a middle-class Atlanta cul-de-sac until the Joneses move in. From the outset, Karen is suspicious. ‘Who buys a house without seeing it?’ she exclaims rhetorically when the estate agent takes down the For Sale sign and shares the news. Karen is even more suspicious when the handsome, dashing Tim Jones (Jon Hamm) and his statuesque, glamorous wife Natalie (Gal Gadot) emerge from their sports car in elegant attire, kissing romantically.

Who could not be a tad envious when the Joneses pay an introductory visit, bringing as a gift a hand-blown glass ornament that the Mandarin- speaking Tim makes when he isn’t travelling for his job as a travel writer. Natalie, with her super-model looks, is a social media consultant who, in her spare time, has a cooking blog and works for a charity for orphans. At a picnic, she shows off her bullseye in a game of darts.

When the power couple have departed Karen asks the question that the audience has already asked itself, ‘Why would they want to live here?’ And of course, we know the answer as it is so obvious why they chose the house next door to the affable, trusting Jeff. In the excellent television series, The Americans, the reason no one has any suspicions about the spy couple next door is precisely because they do not stick out like sore thumbs.

It isn’t long before the Gaffneys have enough proof to confront the Joneses, who, resigned, tell the truth. Or is it? Another movie would keep us in suspense, but not this one. The Gaffneys embark on a voyage of self-discovery when they become accomplices to the highly skilled couple. The danger, excitement and suspense that bolster the Gaffney’s’ dull marriage, however, is not shared with the audience.

Mottola, who directed the acclaimed Superbad; wrote and directed the excellent coming-of-age drama Adventureland is an accomplished director who has assembled a talented cast. It’s a pity that the end result of their collaboration is this pointless comedy.