Home / LIFESTYLE / REVIEWS > / FILM REVIEWS / A remarkable man’s diaries are turned into an enlightening, but rather less remarkable, documentary 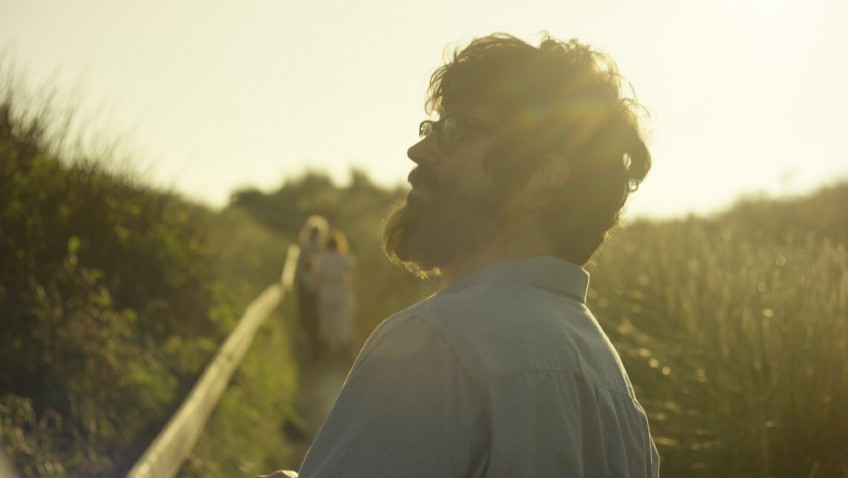 A remarkable man’s diaries are turned into an enlightening, but rather less remarkable, documentary

The late theologian John Hall suffered from degenerative eye failure all his life and went completely blind in 1983 at the age of 45.  He had married his wife, Marilyn, five years earlier and they had a little girl.  His son was born just after he lost his sight. A prolific author of books and articles on religion (and blindness) and Emeritus Professor of Religious Education at the University of Birmingham, Hall was a remarkable man.

When he went blind, his first problem was accepting that he was a blind man as there was no hope of a reversal. He not only set about learning how to continue his career, but maintained an audio diary of his thoughts and feelings about his condition. Now that diary, supplemented with interviews with John and Marilyn, have been made into a documentary by Peter Middleton and James Spinney.  If their film, Notes on Blindness, is not nearly as remarkable as the man behind it, it is a worthy and occasionally enlightening effort. The film does compel us to think about the various mental processes Hall (and perhaps others) went through, quite apart from the physical practicalities of getting around and making a living.  There is the fear of losing reference points and being unable to figure out where you are in physical space.  At the height of his profession, John had to set about finding a way to continue teaching and publishing.  His methods are documented in the film.

When a person becomes blind, they rely on visual memory. But gradually, Hall realises that the ‘pictures in the gallery of my mind have dimmed somewhat, so I found I could not remember what my wife and daughter looked like.’  He had to consciously reject visual memory and the natural inclination of relying on nostalgia as those devices were failing him.   This is only counterintuitive to people able to rely on their visual memory. Once John begins teaching again (‘I learnt how to recognise the students by their voices,’ he tells us) and writing (via cassettes that were transcribed), he decides:  ‘Now I have to think about blindness otherwise it would defeat me.’  He goes on: ‘I am interested to understand its meaning and retain the essence of my humanity.’

He thinks about what happens to the brain when optic stimulation ceases. ‘The brain thirsts for that to which is accustomed’, he notes.  His unhappiness stems from the fact that the section of the brain that provides sight is unused and so dying of what he calls ‘thirst’, as in a thirst for knowledge.  ‘Part of my [his] brain is dying’, he laments.

But gradually John realises that ‘my mind is turning in on itself’ and is full of new ideas and connections as he discovers new inner resources. Unfortunately, the film does not fully develop this fascinating insight or ‘stage’ of John’s journey.

He has dreams that his sight improves and praises his wife who ‘never expressed any regrets’ and ‘just go on with it.’  At one point he says that ‘I did not regard faith as a shield between me and the ups and downs of life.’ But when, one day, John returns home ecstatic with a story of how he felt the presence of god in a Church, his wife, who one can imagine has all the household and child rearing tasks to contend with, looks a bit like she is feigning interest.

But then again, Marilyn doesn’t exactly ‘look’ anything because the filmmakers decided to hire actors to portray John and Marilyn who lip sync their lines while the visuals reinforce what they are saying.  It might be an accessible way of dealing with this problematic adaptation, but it is often distracting, and perhaps counterproductive. We are watching a man telling us what we are supposedly seeing on the screen, which does little to transport us into John’s sightless world.  John’s clear and mellow voice drones on at such a steady pitch and pace that it can lull a tired viewer to sleep.

While Spinney and Middleton use a lot of audio techniques (at one point, we stand in the doorway with John listening to the sound of rain falling on nature) so that, presumably a blind person could watch the film (there is a separate version for the blind).  But they have not figured out a way to create the impression of blindness, or John’s thought processes on screen for those of us who can see.  If the story itself, and their job is, after all, to construct a story from the diaries, had been stronger, we might have felt we had been taken on a journey – an abridged version of the journey that John went on.

Despite these short comings we are left with a rather incredible final statement.  Far from being a curse, John has actually decided that his blindness ‘is a gift.  Not the kind of gift I wanted. But the question now is this.  Not why I have got it, but what am I going to do with it.’

Hall is a remarkable man because through his productive life (he died of a fall at the age of 80), he answered that question.  And in so doing, he did indeed retain his humanity.