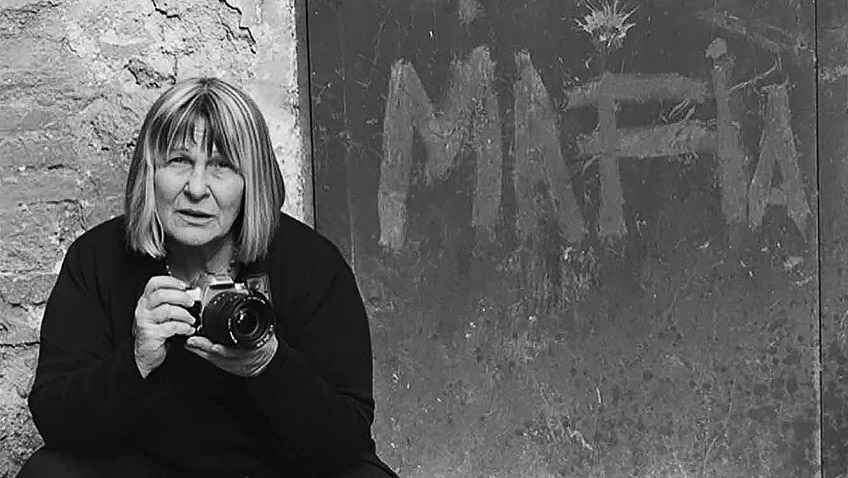 This absorbing and, in turn, uplifting and harrowingly depressing, documentary begins with a cautionary tale about a repressed young Catholic girl and ends with a fuchsia-haired octogenarian with a new boyfriend reflecting on a life in the shadow of the Mafia. Director Kim Longinotto, who specialises in making films about female outsiders or rebels, turns her camera on Italy’s first photojournalist, Letizia Battaglia. While making full use of Battaglia’s striking black and white photographs and archival footage, Longinotto lets her subject do most of the talking to present a gripping portrait of a courageous, defiant woman and her relationship with the city of Palermo. 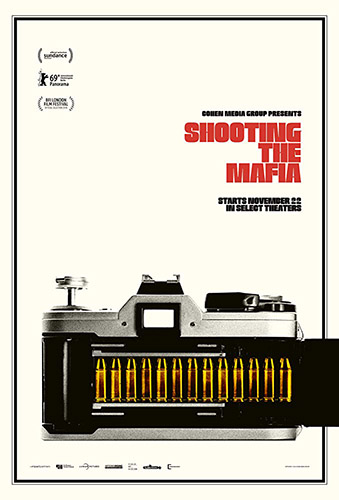 ‘Why do small things make us suffer our whole lives?’ Battaglia’s happy childhood in Palermo ended when she came across a flasher in the street. She reported the incident to her father who locked her up at home and sent her to the nuns for education. Her reaction was swift. In 1951, When she was 16, Battaglia was not only an atheist, but married, having eloped with the first man who asked for her hand: a wealthy 24-year-old. Marriage to this controlling husband was so unhappy that she fell ill and spent two years in a Swiss hospital. In 1971 she was divorced and looking for work in Palermo.

‘I began taking pictures when I was 40,’ Battaglia begins. ‘I’m glad I still had some fight left in me,’ she adds, not mentioning that her surname Battaglia means ‘battle’ in Italian. August is the best time to look for work and she landed a job as a reporter on the left-wing newspaper L’Ora. Discovering that copy sold better with photos, she began taking photos and soon realised that, ‘I loved the way I could express myself with the camera rather than in writing.’

Charismatic, outgoing, sexy and intelligent, Battaglia attracted men like a magnet, including an ill-fated lover when she was married. An early boyfriend, Santi Caleca, joins her for a reunion. Staring at her across a table he declares that he is always moved when he sees her and would love to sleep with her again 50 years on.

Three days into her new job with L’Ora she saw her first murder. After showing us haunting photos of the families of Palermo, and the poverty, we see a series of photographs of dead bodies, beautifully composed and terrifying in their matter-of-factness. For 18 years she shared the trauma of capturing the dead bodies and the bereaved families with fellow journalist Franco Zecchin, a handsome 22-year-old who arrived in Palermo when Battaglia was in her forties. Their relationship helped them endure a civil war in which finding five bodies a day was not uncommon.

‘I was sure they’d shoot me’ Battaglia says. ‘I got death threats; they spit at me and smashed my camera. It was good to be a bit crazy. It gave me courage.’ She describes how she used to sneak into the informative Mafiosi weddings and cough so they would not hear the shutter click.

The relentless murders took its toll on Battaglia’s personal life. ‘It was difficult being lovers in those times,’ she confesses. Her breakup with Franco coincided roughly with her leaving L’Ora (which folded). To get over the pain of Franco she continued taking pictures but in 1985, she entered politics as a councillor for the Green Party to try to do something about the body count she had tracked. ‘They run illegal slaughterhouses’ she laments, as we see footage of horrid animal abuse. ‘They control the fish and produce markets and concessions for the funerals.’ But ‘being in Parliament was the worst time in my life,’ Battaglia says of the twelve years in which she put down her camera to serve in more practical ways. ‘All decisions were taken elsewhere…I did nothing and got paid a fortune,’ she complains with no false modesty but surely some exaggeration, ignoring many of her accomplishments.

Turning to politics was, of course, no escape from the Mafia. On the contrary, Battaglia was deeply affected by the murders of friend and ‘modern hero’ Giovanni Falcone and his fellow magistrate Paolo Borsellino whose last (and supressed) TV interview alleged collusion between the Cosa Nostra and powerful men like Silvio Berlusconi. Both prosecutors had grown up during the WWII amongst school mates who were groomed by the Mafia in the ruins and poverty of post-war Italy.

We get a rare look inside the huge court room at the famous Maxi Trial, the culmination of years of frustration, setbacks, a failed assassination attempt, and stressful hard work for Falcone. Triumphing over Supreme Court judge Corrado Carnevale who was going to cut the convicted criminals sentences short, and former corrupt Palermo police chief Bruno Contrada, 360 out of 474 Mafiosi were convicted of serious crimes, 119 in absentia.

In archival footage we hear the disgusting Luciano Leggio, head of the Corleonesi Mafia, lament that ‘murder is much worse for the killer, while his successor, the ruthless psychopath Salvatore ‘Toto’ Riina denies any wrong doing calling himself a poor country farmer hounded for no reason by the authorities.

Battaglia is frank about the antagonism Falcone faced from dirty government officials. ‘They plotted against Falcone; they cut back his security’ she says. On Riina’s orders, Falcone (along with his wife and three police officers) were assassinated by a remote-controlled explosion in 1992 followed by Borsellino less than two months later. ‘After that’, Battaglia says, ‘I couldn’t take photos. I couldn’t continue telling stories in blood.’ Instead we seen archival footage of mass protests that forced the government to carry out the ‘sham’ arrest of Riino, who had been living a comfortable life with his family in Palermo for 23 years.

If Battaglia suffered her whole life from a small incident in childhood, of her adult vocations she states, ‘you can never be truly happy when you’ve lived through that horror.’ Battaglia has not paid the price with her life but mentions the ‘damage’ to her daughters who remain absent from the film. Nor do we hear much about her work helping to save historic buildings, publishing a woman’s journal and becoming director of the city’s first museum of photography. Nor does she mention that two of her photos were the only trial evidence linking Giulio Andreotti with the Mafiosi Nino Salvo – perhaps because after taking some 600,000 photos of the Mafia, she did not remember she had these stashed away.