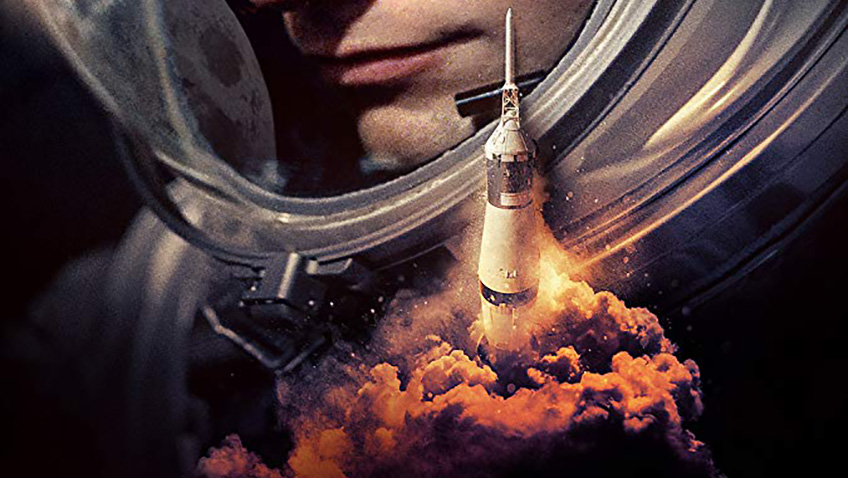 David Fairhead’s comprehensive cradle-to-grave documentary biopic of Neil Armstrong is as engrossing as it is comprehensive. What it lacks is what the late French writer/director Agnès Varda advocates in her final film (Varda by Agnès): a point a view. To mark the 50th anniversary of the first moon landing Armstrong

is sandwiched between Damien Chazelle’s feature biopic First Man; the recent Apollo 11, and numerous television documentaries. Is it enough for Fairhead to present us with all the facts, many of which we know, and leave us to ponder what made the man tick? What the film does emphasise is that as well as being at the right place at the right time, Armstrong had an untarnished CV and the personality and temperament of a safe pair of hands.

Born on a bucolic farm in Ohio, Neil knew what he wanted to be from an early age. This might be essential for those in jobs requiring years of training and no time for gap years to find yourself. Airplanes were his passion and Armstrong got his pilot’s licence at 16, before he could drive. He defied death flying planes in the Korean War and then as a civilian test pilot. After completing his BA in electrical engineering at Purdue, he was a test pilot for the National Advisory Committee for Aeronautics (NACA) High-Speed Flight Station at Edwards Air Force Base in California.

By now he had married Janet Shearon whom he met at Purdue. Not mentioned in the film, Janet gave up her degree (which she always regretted) to follow Neil to Edwards Air Force Base, where they had their first child, Rick. The film shows how happy the family was when Karen was born and she and her protective older brother would play together. But Karen, the light of her father’s eye, was diagnosed with a brain tumour and died aged two on her parent’s 6th wedding anniversary.

Harrison Ford is our narrator/voice of Armstrong and at this point tells us that Armstrong dealt with his grief by returning to work. ‘I was doing the best I could.’ There is no mention of how Janet was doing. She could not throw herself into an absorbing job and had to stay home alone with their son and the past while Neil was becoming the man of the future. Another baby (Mark Armstrong) was on the way, but it seems that Armstrong sought refuge in his work not in his family life. Perhaps he was afraid of getting too close to his boys for fear of suffering the same heartbreak again.

Mark is interviewed, as is Janet, but we learn little from these interviews other than that dad was not often around. Janet was their ‘unsung hero’. She was not happy about being a single parent but did not complain – at least not to the children or the outside world.

In 1962 Armstrong joined the NASA Astronaut Corps. In March 1966 he became NASA’s first civilian astronaut to fly in space as part of the Gemini 8 project. The film shows the tense moment when, with co-pilot Dave Scott (who is an interviewee), Armstrong held his nerve to complete the first docking of two spacecraft in space. The pilots experienced a dangerous roll and Armstrong, relying on his training, used some of the re-entry control fuel to stabilize the malfunction. The project, which was aborted, was deemed a failure but Armstrong was financially rewarded.

The film devotes ample time to the Apollo 11 mission, of course, and, to Armstrong’s discomfort being paraded around for publicity purposes as the de facto spokesperson for NASA. It seems that Armstrong was brought up and trained to ‘do the right thing’ and accepted these responsibilities as the price he had to pay for doing the job he loved, and then the job that loved him.

Fairchild also covers Armstrong’s career after the mission. He continued to be the spokesperson for the astronauts because he spoke little, but when he did, he always said the right thing. He refused to enter politics and resigned from a top job at NASA in 1971, never flying professionally again. He then took a teaching position in the Department of Aerospace Engineering at the University of Cincinnati, that had a small Aerospace department, when Purdue, or any university, would have welcomed him. We never learn why Armstrong aimed so modestly, but it appears that he felt, with just a late MA degree under his belt, he would be relying on his fame to take a professorship in a larger department. We learn of his chairmanships; his divorce; second marriage in 1994, and his death from complications after a stroke in 2012.

lacks is a sense of the drama in Neil’s life, of his charisma and any sense of how he managed to remain focused on achievement after achievement all his life. In First Man Chazelle dramatises Armstrong’s reaction to Ed White’s death, but here all we see a photograph and some interesting editing. Fairchild juxtaposes this tragedy with Armstrong taking on the dangerous Apollo 11 mission. Is he suggesting that taking on the mission is Armstrong’s way of defying death and snatching victory from the jaws of defeat? Or is it a subconscious death wish?

Another hypothesis, not explored in Armstrong

, is that if Neil Armstrong had not existed America would have had to invent him. Contrary to the impression President Nixon gave when he telephoned the astronauts in space from the White House, the whole world was not united around this daring, very costly programme. Heroes were being killed off. Fourteen months after President John Kennedy vowed to put a man on the moon within the decade (and hopefully win the Space Race with the Soviets), he was shot to death. Robert Kennedy, Malcolm X and Martin Luther King followed. The Vietnam War tore the nation – and the Southeast Asia – apart; race riots broke out in Watts, and the FBI declared war on the Black Panthers. America’s poor were protesting the cost of the Space Race. During the Apollo 11 mission Ted Kennedy, stole the headlines for all the wrong reasons with the Chappaquiddick scandal. And eighteen months before the Apollo 11 Mission, three astronauts were killed in a prelaunch malfunction.

America needed a hero and Neil Armstrong had all the right stuff.