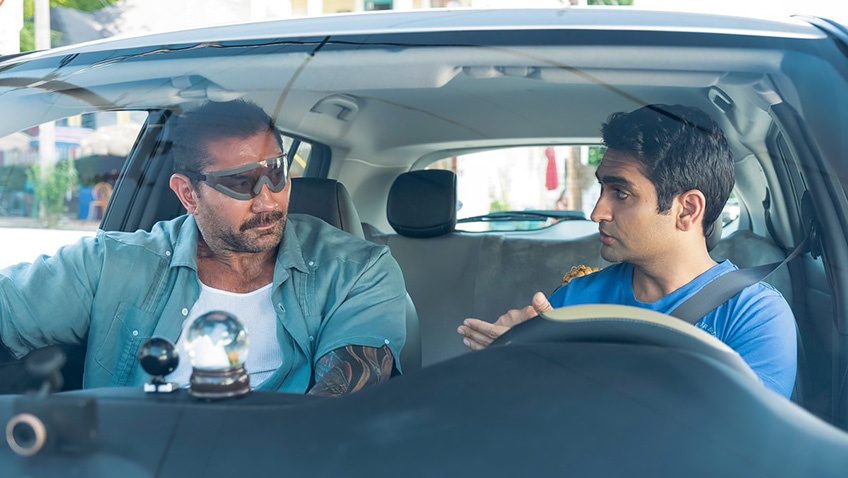 If you’re a sucker for chalk and cheese buddy action/comedy movies – that addictively entertaining staple of the 1980s that gave us 48 Hours, Beverly Hills Cop and Lethal Weapon – you might be curious to see Stuber

. The mismatched pair is grizzled LAPD cop Vic (the former WWF champion wrestler Dave Bautista, who, under heavy makeup, played Drax the Destroyer in two of the Guardians of the Galaxy films and the last two Avengers films) and love-sick Uber driver Stu. Stu is played by the comedian Kumail Nanjiani who also drove a taxi as a means to an end in the hilarious 2017 romcom, The Big Sick, which he co-wrote.

Here’s the premise: Vic is chasing his slain partner’s killer and needs a cab to hunt his prey after eye surgery. You might be curious, but remember what curiosity did to that cat. If only someone had done the same to this project.

Vic is a middle-aged, old school LAPD cop who, on a good day, might remind you of Dirty Harry and on a bad day (and he’s been having a lot of those), resembles Murakowa the Yakuza enforcer in Sonatine. Shortly after his partner (Karen Gillan) is killed while the two are trying to apprehend drug dealer Teijo (Iko Uwais), Vic has eye surgery and is meant to rest with his eyes shielded by dark glasses for 48 hours.

This does not endear him to his daughter Nicole (Natalie Morales) who is expecting Vic to attend the opening of her solo sculpture show that evening. But semi- estranged daughters, like revenging cops, are tropes of the genre, so we expect this.

Given her father’s badly-timed decision to have the surgery, and his equally bad decision to try driving his car blind and totalling it, Nicole puts the number of an Uber driver on his mobile.

For Vic, the Teijo case is personal – another trope. Vic not only feels responsible for his partner’s death, but has been after Teijo for two years, and finally had him in his sights when things got out of hand. The problem is that these sights are now blurry and the eye surgery will not work its magic for another day at least. 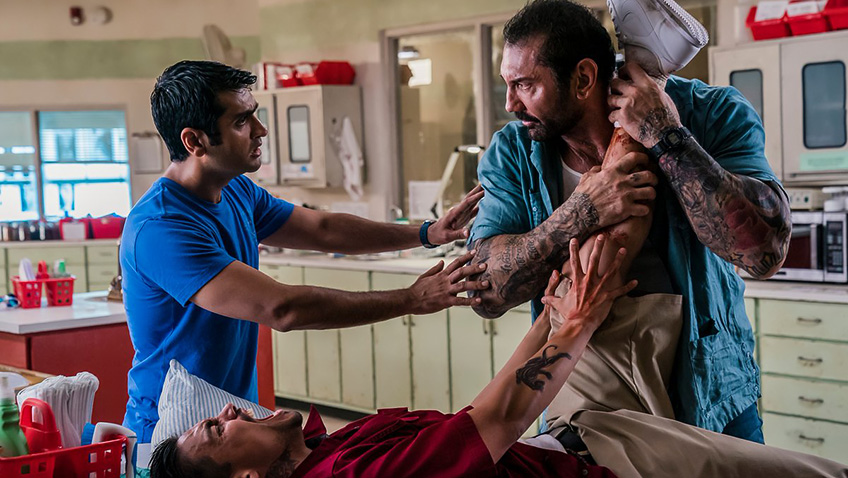 So Vic is forced to call the Uber driver to get to the gallery, although he ends up requiring the car for a somewhat longer period. There are a few Uber jokes aimed at Uber novices like Vic. It is not exactly side-splitting, though, when Vic kicks Stu’s ride-share regulars out of the car and they give him a bad rating.

Stu, who abhors any kind of violence, would not agree to act as Vic’s personal driver all night under any circumstances, but this night, it is unthinkable. Stu is secretly in love with his friend, Becca (Betty Gilpin) and she has invited him over, having finally, if not entirely convincingly, split with her loser boyfriend.

Stu is so desperate to be near Becca that he has been saving to invest in her spin-gym business (Spinsters). He has decided to summon the courage to confess his feelings to her when he gets to her place. Over the course of the evening, however, allegiances and priorities change. 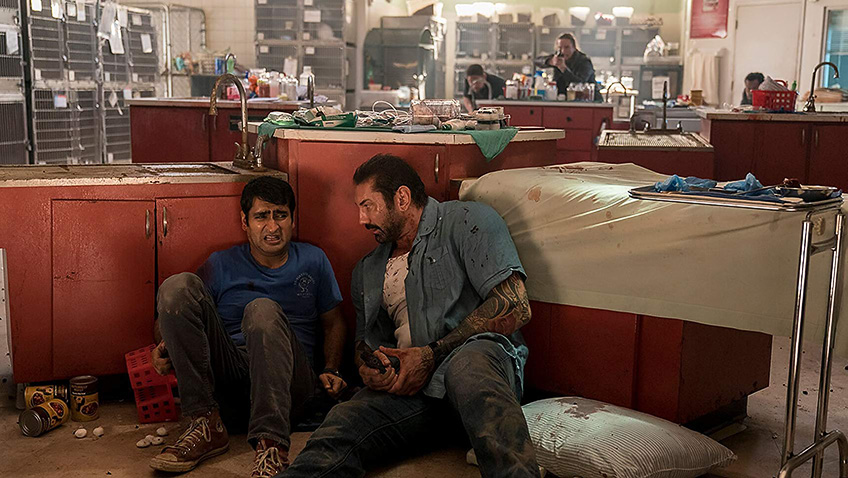 Vic’s boss, Captain Angie McHenry (Mira Sorvino) contributes toward these changes. If McHenry is acting a bit suspicious, disapproving board superior officers are also a trope of the genre, so we get it.

The plot of these mismatched buddy-movies is never the thing and this one, though hardly original, is about average. But the rest of the package is under par. If the name Michael Dowse does not ring any bells, it must be because you were otherwise engaged when the Canadian director’s films, which include Fubar, Fubar 2, Goon, The F Word and Robot Bullies were released.

must have sounded like a clever title, combining the name of its antihero with Stu’s job as an Uber driver. While on the subject of names, scriptwriter Tripper Clancy shares half the blame – for the film’s many wrong turns. Despite the cast’s valiant attempts to deliver the lines, the jokes fall flat while the writing itself is lame and sloppy. At the gallery, you might wonder why Nicole is so upset that Vic has nothing original to say about her sculptures when she knows that he has had the eye surgery and cannot see them.

After the set up, there is no more plot, just increasingly implausible and repetitive variations on a theme. The filmmakers need to come up with ways to keep Vic and Stu together long enough for them to bond. It feels like a long time.