Home / LIFESTYLE / REVIEWS > / FILM REVIEWS / Despite the high profile female cast, this is hardly the heist of the century 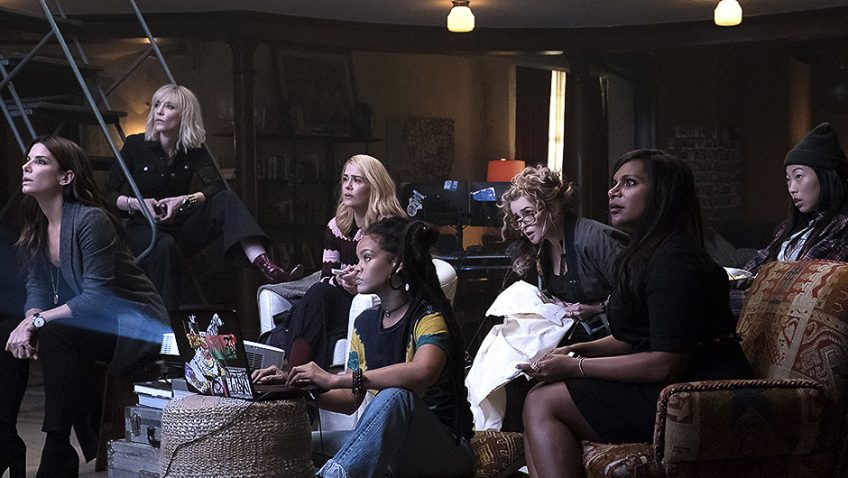 Despite the high profile female cast, this is hardly the heist of the century

If you have not seen or do not remember Stephen Soderbergh’s 2001 film Ocean’s 11 (itself based on the great Lewis Milestone’s original 1960 ‘Rat Pack’ heist movie of the same title), do not despair. Chances are you won’t remember Gary Ross’ (The Hunger Games, Pleasantville) female version, Ocean’s 8

, either in a few weeks.

In the 2001 film, Danny Ocean (George Clooney) violates his parole by travelling to Las Vegas to plan a new heist with his partner-in-crime Rusty Ryan (Brad Pitt). With her brother, Danny, presumed dead, recently-paroled Debbie Ocean (Sandra Bullock) pays a visit to Danny’s grave before conning her way to a variety of luxury goods at Bergdorf Goodman’s and a suite in a five star hotel. Now she’s set to launch the plan she has been working on in jail for the past five years.

Debbie’s first port of call is Lou (in the role of Brad Pitt in Ocean’s 11) played by the great Cate Blanchett in a curiously underwritten role. Lou is not against joining Debbie’s new venture, but has qualms about her friend’s motivation. Lou suspects that Debbie is less interested in the money than in framing her ex-boyfriend, art dealer Claude Becker (Richard Armitage), who betrayed her to the authorities over an art fraud venture to save his own skin.

The formality of insincere reassurances being completed, Debbie and Lou proceed to enlist a team of six additional sisters-in-crime, each (as is the custom) with her own speciality. The crime scene will be New York’s Metropolitan Museum and the plan is to steal the unique Toussaint necklace that model/celebrity/mother Daphne Kluger (an entertaining and ravishing Anne Hathaway) has been persuaded to wear to the annual Met Gala.

You may recall that this year’s Gala – whose exhibition theme was Heavenly Bodies: Fashion and the Catholic Imagination – was widely covered in the British press. One reason for the coverage was that Amal Clooney and Rihanna were co-hosts. Sadly, the British barrister is not in Gary Ross’s film, but Rihanna plays Nine Ball, (aka Leslie), a technical whizz and computer hacker. Computer hackers are either romantic characters or, when your bank details or entire entity is stolen, evil criminals. You can make up your own mind about Nine Ball. 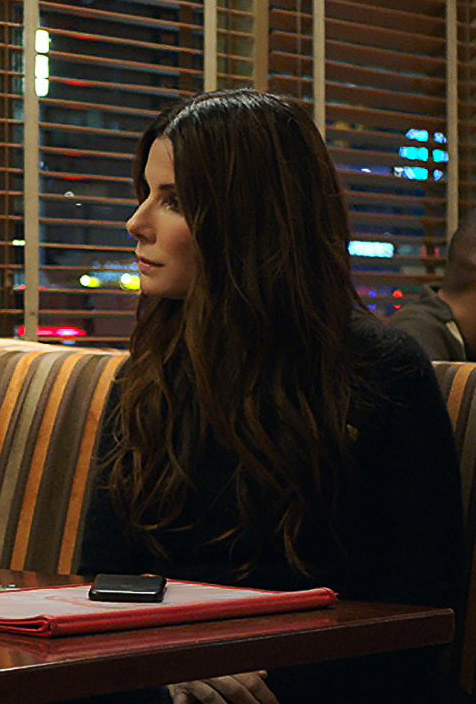 Amita (Mindy Kaling) is a jewellery maker who can make quick forgeries and cut up originals for ease of smuggling. Tammy (Sarah Paulson) is a suburban mother with various sidelines who is swayed by money; Constance (Awkwafina) is a street hustler and pickpocket and Rose Weil (Helena Bonham Carter) is a disgraced fashioned designer in debt to the IRS, who needs little convincing to join the team.

Somehow, Debbie and Lou manage to persuade Kluger to choose Rose as her stylist and Cartier to allow Kluger to wear their precious Toussaint, worth $150 million. The plan also calls for Kluger, the unwitting mule wearing the necklace, to be sent running to the women’s room (Cartier’s and the Met’s security guards are male) which is right next to a security camera’s blind spot.

Significantly, Kluger is coerced into inviting the dashing Claude Becker to the Gala as her date. After all, every grand theft needs a scape goat, and if Kluger is not as unwitting as she appears, Becker and his massive ego are.

It is easy to forget as the somewhat tedious plan is executed with military precision and a few unconvincing moments of tension that the film is supposed to be light-hearted, or at least fun. Gary Ross’ last two films, Free State of Jones and The Hunger Games were dramas with very serious themes, but his debut in 1988, Big, was a lot of fun. Bullock is excellent, but the only real comic touch comes from James Corden as an insurance loss adjuster who knows the Ocean family well. Unfortunately, his investigation is highly suspect as he seems to be content with a few crumbs when he has good instincts and even better leads.

Another problem is the notion that a highly publicised theft of recognisable jewels can be immediately profitable. Even cut up, the jewels are hot and the insurance companies would involve international law enforcement agencies to ensure their sale would be as difficult as possible for years to come.

The Claude Becker strand is also problematic dramatically and as a revenge plot. All of the evidence against Becker is circumstantial and surely, when it is known that Debbie was at the Gala, a decent lawyer could put two and two together.

The setting with its jewellery (there is a separate exhibition of jewels on mannequins which plays a part in the heist), fashion and celebrity glamour (cameos from Elliott Gould, Anna Wintour, Zayn Malik, Katie Holmes, Maria Sharapova, Serena Williams, Gigi Hadid and many more names lend authenticity to the gala background) is decidedly female. A casino in Las Vegas with waitresses in skimpy uniforms would not be suitable for these feminine fraudsters.

But there is something repugnant about stealing from arts organisations, even if the Cartier necklace belongs to a commercial enterprise – and to the notion that insurance fraud is a victimless crime. The Met Gala is a fund-raising event, and the more spent on the Gala, including insurance and security systems, the less money there is to go toward the museum. Even the Met is helpless to compete with billionaires from Russia, China and Saudi Arabia for paintings that come on the market.

There is a call for women to be on company boards and in government not only for the sake of equality but because women make decisions in a different way and are allegedly more concerned about the well being of others. Would the financial crash have happened with women at the helm on Wall Street? After the heist the eight fraudsters separate and we learn how they spend their millions. No one gives a penny to charity, to women’s movements or to a constructive enterprises.

Inherent in the title is the idea that the producers are planning more films, until they get to (Debbie) Ocean’s 11. So far the film has made a reasonable profit, but we have to hope the sequel is a lot more fun.