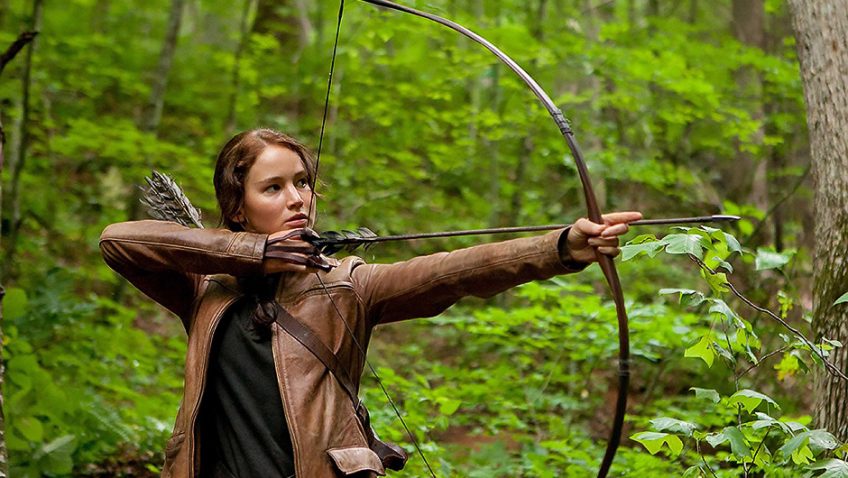 With the Harry Potter franchise behind us, the Twilight Franchises dormant and almost gone and The Hobbit still in waiting, the box office is hungry for The Hunger Games

for children and teens, the film that should have been called, ‘I’m a Teenager, Get Me Out of Here’ is as critic proof as a popular video game or a reality TV show — both of which it resembles.

Directed and co-written by the accomplished Director Gary Ross (Big, Dave, Pleasantville), with a script by Ross, Collins and the talented scriptwriter, Billy Ray (Shattered Glass), and starring the gifted actress, Jennifer Lawrence (The Burning Plain), the film is an extravaganza that is as good as it can be. For older audiences, The Hunger Games

can be seen as a jaded manifestation of the generation wars in which beautiful teenagers are the helpless victims of mass media and of the greedy, heartless adults who control them in a fascist state.

The story takes some suspension of disbelief, even for a Sci-Fi movie. In a quasi-dystopian future, the nation of Panem (situated where the USA and Canada used to be) organises an annual event in which a pair of randomly selected teenagers (called Tributes) from each of its 12 districts are sent to a luxurious, high-tech compound in the Capital. There they are fed, groomed, trained, turned into media celebrities and then sent out to fight to the death like gladiators in a virtual forest.

Sixteen-(going on 22)-year-old Katniss Everdeen (Lawrence) shows the kind of girl she is when she volunteers in place of her selected younger sister, who clearly lacks Katniss’ heartiness. So does her mother, still mourning her miner husband’s death. In fact, everyone lacks Katniss’s fortitude and strength, which is both physical and mental. Katniss heads off to the Games with the local baker’s handsome son, Peeta (Josh Hutcherson), a boy who has been in love with Katniss all his life. 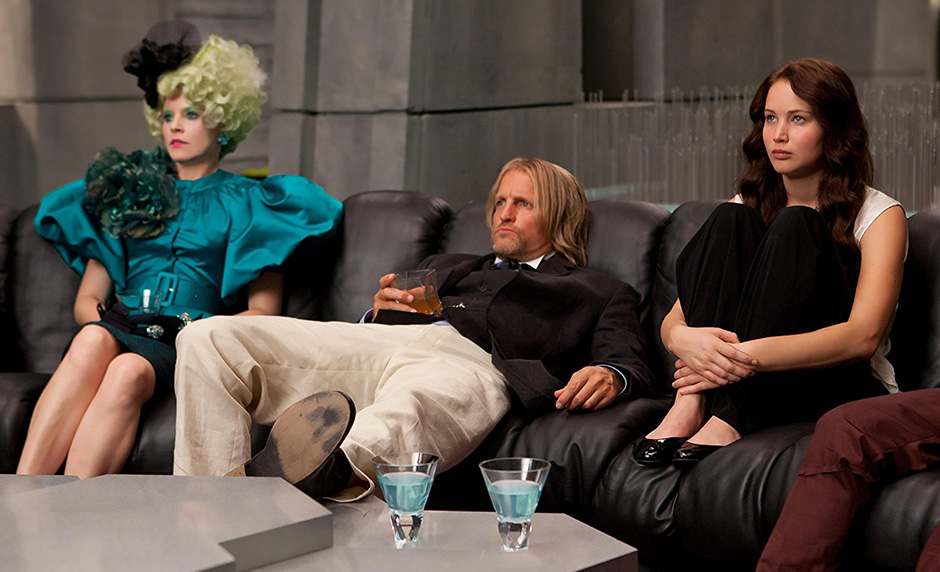 In addition to the age divide, there’s a class element to the competition. This might appeal to working class and left wing liberal audiences when they see what happens with the upper-class toffs. The teens from the poor districts compete against ‘career Tributes’ from the rich districts, who have trained for the Games their entire lives. The seeds are being sowed for the next French Revolution.

The head of this sadistic enterprise is the septuagenarian President Snow (Donald Sutherland), for whom the games are a way of punishing the nation after a well-deserved, but failed, uprising against his regime. These elaborate games seem like an odd way to go about it, but author Suzanne Collins clearly knew that young readers would enjoy imagining themselves triumphant and instantly famous after winning a survival game akin to the type they play at home without the acclaim and satisfaction. 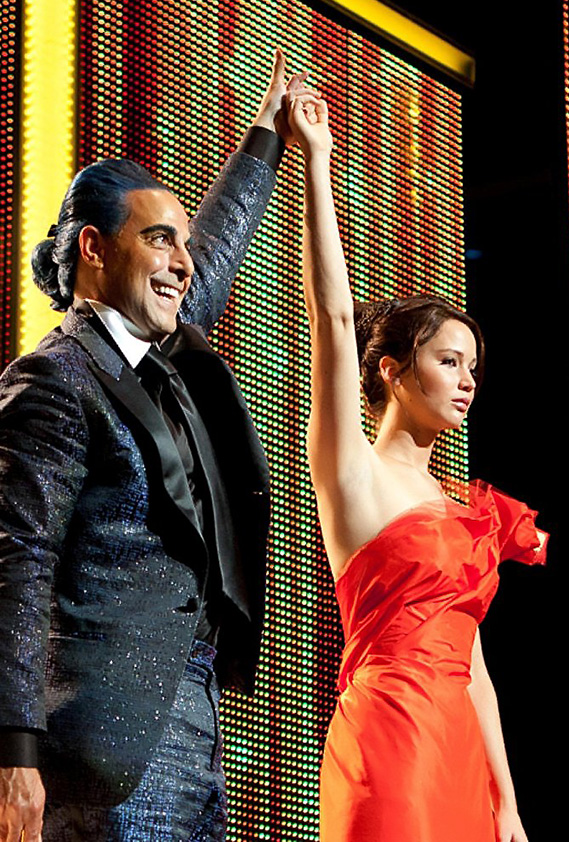 Stanley Tucci and Jennifer Lawrence in The Hunger Games

Ross and his team manage to create an absorbing world-within-a-world inside the Capital and populate it with garishly-attired, freakishly-coiffed and colourfully named employees. Woody Harrelson plays an alcoholic former winner-turned-Tribute-adviser, with the name Haymitch Abernathy, and the brilliant character actor Stanley Tucci plays Caesar Flickerman, an outlandish master of ceremonies.

A NASA-type control room filled with unattractive 40-and 50-something white-robed men (and some women) operate the virtual open spaces, adding ferocious animals, forest fires and darkness, or alternatively, sending in medicine and food, to prolong the games and keep them interesting. Whether the filmmakers keep it interesting for the audience, is another matter.

We know that Katniss has to survive, and we know that she and Peeta aren’t going to kill one another, so the second half of the film is all about watching Katniss demonstrate her intelligence, nobility, courage and general superiority over her peers and adult persecutors.

Fortunately Lawrence has the acting skills and charisma to keep us watching and Ross knows how to up the tension and the stakes to keep us engrossed.

There are several books in the series and the film ends in such a way as to signal a sequel. The target audience will be elated. The generation game will continue until, one can only imagine, the oldies will get their just deserts. A new film franchise is born.