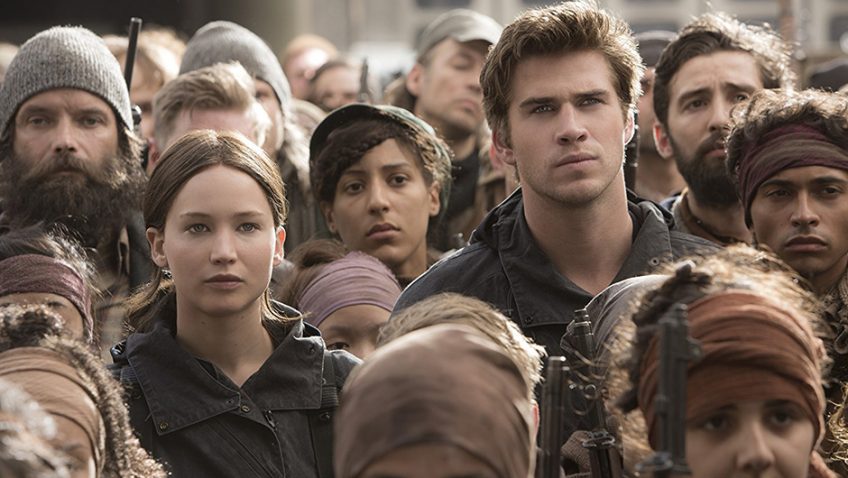 The Hunger Games rambles and roars along to its satisfying conclusion

Too soon for fans and ‘at last’ for others viewers, we come to the satisfactory, if a bit over-egged, conclusion of The Hunger Games series, arguably the most thought-provoking of teen fantasy series. That is not the oxymoron it might seem as The Hunger Games is not just an allegory, but a story about war, totalitarianism, propaganda and manipulation in the vein of Animal Farm, brought into the 21st century with its focus on celebrity and show business and female leaders.

Despite the stellar cast, it is Lawrence who keeps you involved in the sometimes exciting, but sometimes slow, silly and repetitive instalment.

The filmmakers’ clumsy attempt to resurrect Philip Seymour Hoffman’s Plutarch fails, as does the dogged story line in which Katniss agonises over her choice of the two men in her life, neither of whom is worth all the anguish.

picks up just where Part 1 ended, with Katniss distraught after being attacked by Peeta (Josh Hutcherson): the besotted baker from her village and the boy whose life she saved in the Games, before the revolution.  Borrowing from The Manchurian Candidate, Peeta has been brainwashed by Katniss’s deadly enemy President Snow and now is the potential enemy within. Katniss is finished with being a poster girl, and is now determined to kill President Snow herself with or without the publicity crew.

After a series of tiresome strategy meetings, Katniss ends up leading a potentially suicidal mission to liberate Panem. With her is that other boy in her life, the handsome Gale (Liam Hemsworth); the good-looking fighter Finnick (Sam Claflin); pretty Cressida (Natalie Dormer) and pretty Peeta himself, who has to be watched carefully. 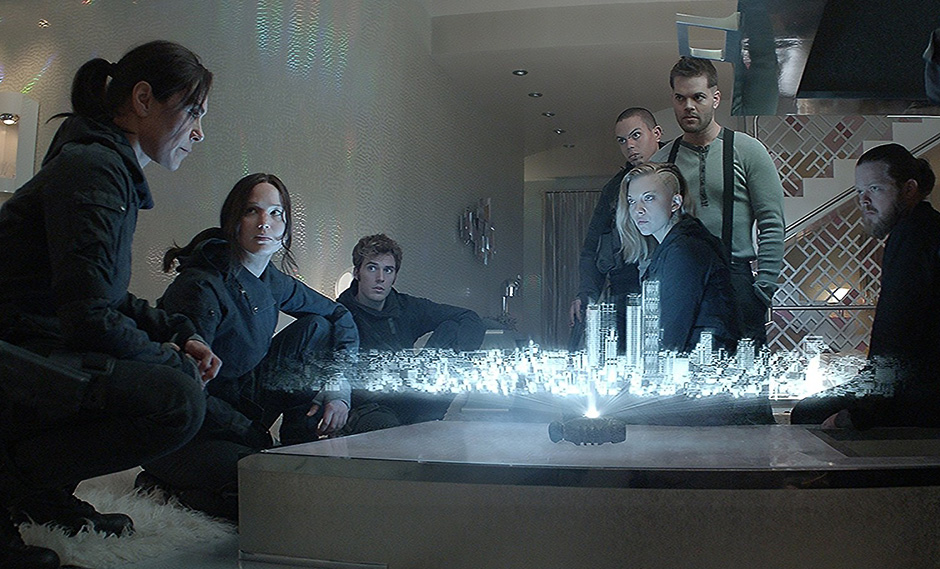 A group of rebels, including the noble Boggs (Mahershala Ali) Joanna (Jena Malone), Haymitch (Woody Harrelson) and, all too briefly, Beetee (Jeffrey Wright), are controlling parts of Panem, but Snow has laid on one last deadly game for any rebel who enters his compound.

Finally, we come to the core action sequences as Katniss leads her skilled core army into the booby-trapped inner sanctum.  The city is a mass of high density soulless buildings in the style of Dubai glitz (picture the future Nine Elms) without a tree in sight. The rebels are greeted with torrents of black oozing liquid that somehow knows when to stop flowing. Just when and how Snow rigged up that special effect is anyone’s guest.

But Snow has also planted explosive traps or ‘pods’ around, and in, the President’s mansion. A pod detector is no guarantee of an easy trip, even when they find a claustrophobic underground passage where monsters that escaped from some cheap B movie on an adjacent lot attack, with deadly consequences. Ironically, this is the scariest part of the film. 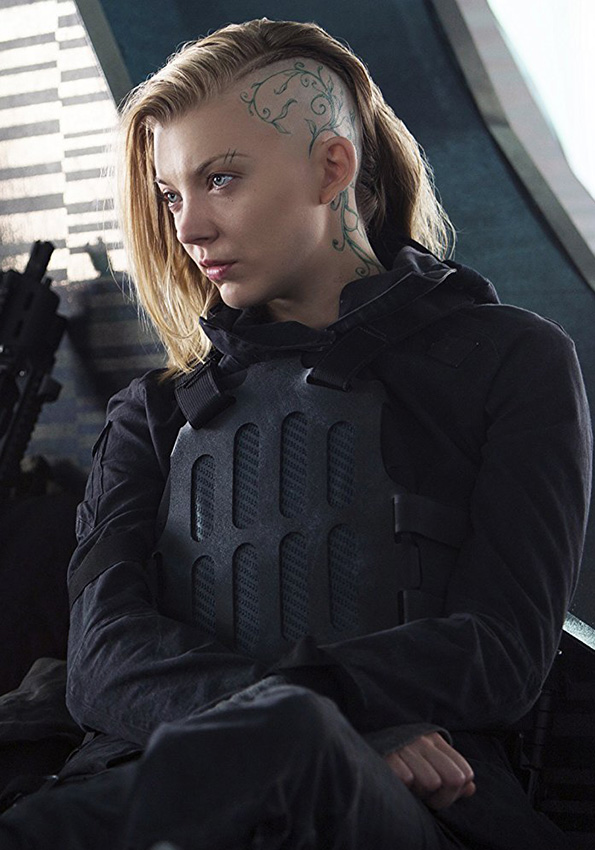 Anyone who has studied that GCSE staple Animal Farm, can predict the outcome a mile away, particularly when President Coin (Julianne Moore) flies over to District 1 to unite the liberated and battle-weary country. For those who were not paying attention in class, it’s not for me to reveal the climax, or the double-denouement. The filmmakers have a great denouement, and then muck it up with a second that is sappier, but more family-friendly.

One problem with The Hunger Games: Mockingjay – Part 2

, is that Plutarch, played by the late Philip Seymour Hoffman, has not been replaced, but makes an appearance, albeit so fleetingly that it seems decidedly odd and as unreal as it is.

The stellar cast who added so much to the first two films show up long enough to add their names to the marquee, but have nothing to do. These include Effie Trinket (Elizabeth Banks), Caesar Flickerman (Stanley Tucci) and even Snow (Donald Sutherland) himself.

But the biggest problem is that the series is saddled with casting decisions made in 2010, the year Lawrence was widely recognised for her starring role in Winter’s Bone and two years before she came into her own in The Hunger Games first film. A year after the first Hunger Games film was released, she won an Academy Award for Silver Linings Playbook, and a year later, she won a Golden Globe for the multi-Oscar nominated American Hustle.

In 2010, Josh Hutcherson, straight out of The Kids Are All Right, and Liam Hemsworth, straight out of the Nicholas Sparks schmaltzy, The Last Song, might have seemed like likely rival lovers for Lawrence, but once she made the role of Katniss her own, she quickly outgrew them.

It is painfully apparent now that neither are her match. Peeta (Hutcherson is two years younger than Lawrence in real life) seems more like her little brother and their on screen relationship is more Les Enfants Terribles than Twilight.

Although in the real world, all good things must end, in the movie business it is very difficult for distributors and producers to let go of a series as lucrative as The Hunger Games. Rumour has it that some sort of ill-advised extension, via prequel or sequel, is on the cards.