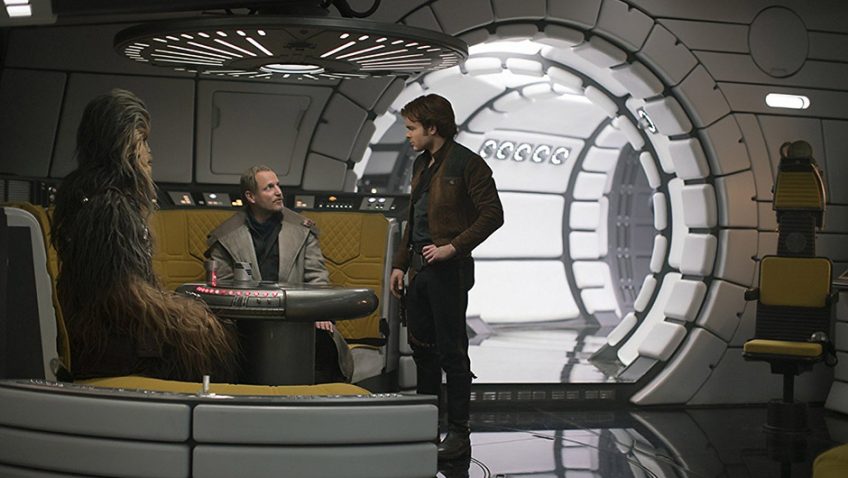 This risky origins story sails through on good will and promise

When, in 2012, Disney’s Robert Iger wrote a cheque to George Lucas for £2.5 billion for the future rights to his Star Wars brand, 68-year-old Lucas said, ‘it’s now time for me to pass Star Wars on to a new generation of film-makers.’ When referring to a ‘new generation’ of film-makers, he might not have had in mind Kathleen Kennedy, 64, Ron Howard, 64, Lawrence Kasdan, 69, Pietro Scalia, 58, or John Powell, 54, the producer, director, co-writer (with his son Jonathan Kasdan) editor and film composer respectively on Disney’s newest ‘anthology’ spin-off, Solo: A Star Wars Story

It is the actors who are almost all from a new generation. And in this origins story they are responsible for filling us in on Han Solo’s life before he was immortalised by Harrison Ford, making his first appearance in Star Wars: Episode IV –  A New Hope, 41 years ago. Ford, already 35, had the rugged, cheeky humour; the imposing physicality and the charisma of a dare-devil pilot-smuggler and became an icon. So who do you get to replace Harrison Ford?

The answer is Alden Ehrenreich, whom cinema goers may recall from his terrific performance as Hobie Doyle in the Coen Brothers’ Hail, Caesar! and from a smaller role in Woody Allen’s Blue Jasmine. And then there was his significantly larger role second only to Warren Beatty in Rules Don’t Apply. In Ehrenreich’s earlier films, he was a terrific character actor. In Rules Don’t Apply he was a promising, aspiring leading man in a romantic role.

So there was a leap of faith to launch Ehrenreich as a romantic action hero who must not only carry a film but stand in for an icon. It might be early days, but judging from Solo: A Star Wars Story

, Ehrenreich might lack the physical stature, the charisma or that ability to crack a joke while in mortal danger and make the danger look convincing. Ford had it; Robert Downey Jr has it and Chris Hemsworth (in Thor) has it, but it is difficult to believe that Han is actually going through ordeals that he is in this movie.

has to accomplish a few tasks and then set up the conflicts, the alliances, the injuries and the debts that pave the way for future instalments. . Here, it is mission accomplished and director Howard does not waste any time ticking off the boxes, in fast-paced, often breathtakingly staged scenes, that nonetheless seem to fade into one another and to many other Star Wars films. 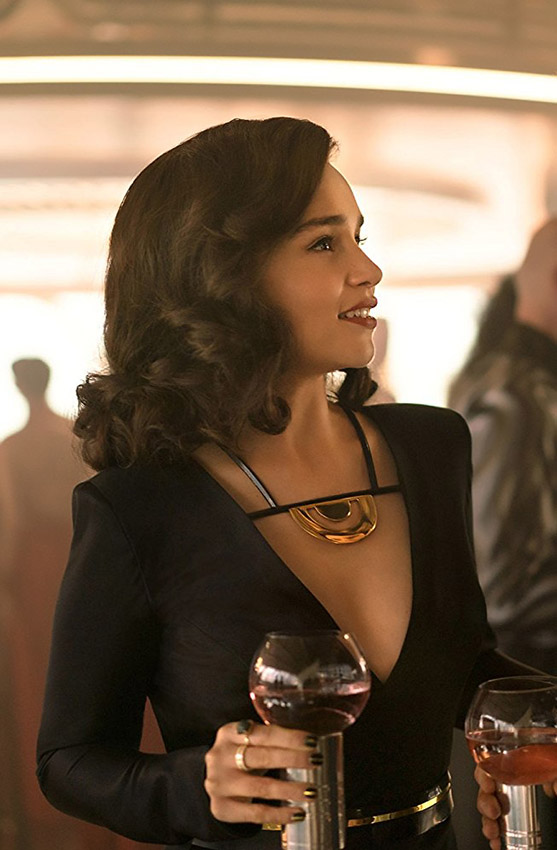 We learn how Han got his surname; how he meets Chewbacca (Joonas Suotamo), Han’s Wookiee sidekick, first mate and genuine good guy; and how he meets Lando Calrissian (now played by a scene-stealing Donald Glover) a smuggler/pilot with the space ship Han needs and a gambling habit that is his Achilles Heal. We also witness his famous record breaking Kessel Run, a hyperspace route used by the most unscrupulous smuggler to save precious time navigating through space.

Han (Ehrenreich) is an orphan living on his dystopian home planet of Corellia, a police state run by a dictator and infiltrated by criminal gangs. Corellia is a spaceship building planet and Han, a hustler, has grown up with the soul of an ace pilot, but an irreverent one. He and his childhood friend Qi’ra (a new character played by Emilia Clarke) attempt a daring escape by bribing a Imperial customs official with a vial of the precious hyper-fuel coaxium. By enlisting in the Imperial Flight Academy, Han just makes it through before the Imperial guards, searching the departure area, capture Qi’ra. From then on, it is Hal’s single-minded goal to get hold of a spaceship and return to Corellia to save Qi’ra.

Han is expelled from the Flight Academy for misconduct and ends up fighting as an infantryman in a fierce, 3-year battle on the planet of Mimban. When he spots a thief named Tobias Beckett (Woody Harrelson) masquerading as a military officer with his wife Val (Thandie Newton) Han blackmails him. Han wants ‘in’ on whatever job Beckett has in mind to get off Mimban and make enough money to get his ship.

Eventually the double-crossing Beckett agrees to work with Han, who, at first, proves to be an asset, as does Chewbacca, on their risky mission to steal a shipment of processed coaxium. But their heist, derailed by a gang called Cloud Riders, goes horribly wrong. Beckett tells Han that he is not working alone, but for ruthless crime lord Dryden Vos (Paul Bettany, an odd choice, on transfer duty from The Avengers) who serves the Crimson Dawn criminal syndicate. Returning to Vos empty handed is ordinarily a death sentence, but Han proposes that they propose repaying the money lost with a second, far more problematic and dangerous heist. For one thing, it requires an ace pilot capable of getting the unprocessed coaxium back from the mines of Kessel before they explode. Vos is open to the idea, particularly after Han finds that he has a surprise ally in Vos’ employment. But can he trust her anymore than he can trust Beckett?

Of course, all of this is executed with incredible special effects and editing, but one of the problems, (Pietro Scalia is a replacement editor) is that it is sometimes difficult to see what his happening and who is doing what to whom which diminishes any suspense. Other moments – like the moment when Chewbacca and Han becomes unlikely allies through a mutual cause – are rushed through when what we need are few close-ups cutting back and forth to capture the characters’ emotions.

If the film lags a bit in the middle when you might be overcome with a sense of déjà vu, it is still entertaining and well made, particularly given its troubled production history. The directors were released from their duties well into the film ‘due to creative differences’ with the producer and apparently, Lawrence Kasdan. If Kasdan’s 38-year-old son Jonathan gets top writer billing here, Lawrence Kasdan apparently objected to the directors’ comical and improvisational style.

And Kasdan is the man Producer Kathleen Kennedy listens to. He is not just the top billed writer of 2015’s wildly successful Star Wars: The Force Awakens but has a long history with the franchise. He co-wrote wrote 1983’s Star Wars: Episode VI – Return of the Jedi, and the seminal 1980 film, Star Wars: Episode V – The Empire Strikes Back, with time to write Raiders of the Lost Ark (Producer Kathleen Kennedy’s first feature) the following year.

Han Solo might be one of the most daring action heroes in the galaxy, but the next instalments needs more daring, too, to carve out its creative raison d’être. We have lived with many of the characters for a long time, but we need new and wonderful stories to keep them exciting.