Home / LIFESTYLE / REVIEWS > / FILM REVIEWS / An interesting mix of actors, magnificent CGI effects and production values that are second to none 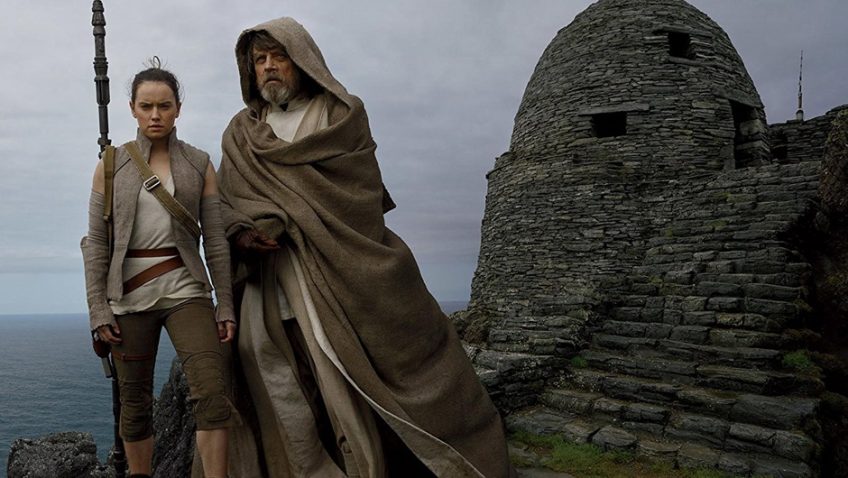 An interesting mix of actors, magnificent CGI effects and production values that are second to none

As two of the old guard in the Resistance acknowledge, ‘the true burden of all masters’ is to pass on their power and knowledge. Star Wars: Episode VIII – The Last Jedi

Writer/Director Rian Johnson might have had George Lucas’s franchise in mind when he penned that scene. In 2012, Lucas Film was sold to the voracious Walt Disney Corporation which had swallowed up Miramax (and then spit it out), and then Pixar Animation Studios, Marvel Entertainment and, pending, 21st Century Fox amongst others. With the 2015’s Star Wars: Episode VII – The Force Awakens, Disney engaged director JJ Abrams and writer Lawrence Kasdan – who wrote the 1980 The Empire Strikes Back, and the 1983 Return of the Jedi – to revive the Star Wars franchise and dilute the bad taste left by the prequel trilogy.

But Star Wars is not just filmmaking; it’s empire building, and now, for the follow up to the 2015 film, Star Wars: Episode VIII – The Last Jedi

, there is a new writer and director in Rian Johnson (Looper). After The Force Awakens reassured the corporate world with profits of nearly $800 million on a gross of $2 billion, Johnson has been allowed more creative leeway, more humour, and more interesting new characters and more loveable creatures, some would be more at home in the 2016 JK Rowling spin off, Fantastic Beasts and Where to Find Them.

Critics are asked to avoid plot spoilers, and for sensitive fans, everything is a spoiler. Fortunately, the plot, in its most general terms, is definitely not the thing. As captions float over the first frames to set up the action, it becomes apparent that the situation has direct parallels with Great Britain in 1940. The First Order (read Hitler’s Third Reich) is fast conquering the galaxy and the crippled Resistance (read unannexed, but threatened Great Britain) is making a courageous last stand to stave off the dark side of the Force.

The big question for older viewers is can Star Wars survive without Harrison Ford, killed off in The Force Awakens after a bit of mentoring. If Han Solo is out, two thirds of the Triumvirate have meaty roles in The Last Jedi

: General Leia Organa (the late Carrie Fisher) and the long absent Luke Skywalker (Mark Hamill), which helps. In addition, the charismatic, talented Oscar Isaac (Inside Llewyn Davis) who was tested out in Episode VII has been handed a meatier role as brash ace pilot Poe Dameron.

When Leia is wounded, she is replaced on the deck of the Resistance’s embattled mother ship by Laura Dern as Vice Admiral Amilyn Holdo who reprimands and angers the young rebel Poe before earning his – and our – admiration. Another charismatic actor making his first appearance in Star Wars is Oscar winner Benicio del Toro (Traffic) as mercenary code breaker DJ who offers his non-exclusive services to the former storm trooper turned resistance fighter Finn (John Boyega) and new comer, mechanic Rose (Kelly Marie Tran).

There are three main threads to Episode VIII. The Resistance (Leia, Holdo, Poe) is trying to hold out (with dwindling fuel reserves) against The First Order as General Hux (Domhnall Gleeson) orders a major assault. They have to do without Rey (Daisy Ridley) who spends most of the film on the island-planet Ahch-To (where Episode VII ended), trying to convince a grizzled, disillusioned and world-weary 60-something Luke Skywalker to help save the Resistance. According to the story, he went to the island seeking the first Jedi temple after losing hope and faith when his Jedi students were killed by his nephew, Kylo Ren (Adam Driver, excellent).

The Resistance has finally found Skywalker’s location and Rey, an orphaned scavenger from the desert planet Jakku and principled, feisty resistance member introduced in Episode VII, flies to Ahch-To in The Millennium Falcon along with R2-D2 (Jimmy Vee) and the furry, technical whiz Chewbacca (Joonas Suotamo). Can this young, idealist woman rekindle Luke’s belief in the cause and persuade him to train her to be a Jedi knight?

While exposed to the elements on the windswept, craggy island, in little more than a T-shirt, Rey’s mental powers develop and she begins to telecommunicate with Kylo-Ren, discovering, to the surprise of both of them, a connection. Now it is Rey who becomes persuaded that Luke has written off Kylo too soon, and that he still is wavering in his allegiance between the evil reptilian Supreme Leader Snoke (Andy Serkis) and his Jedi heritage.

On the island we meet two new alien species: the hilarious Porgs, who prove to be the bugbears of Chewbacca, and the female Caretakers, who maintain the ancient Jedi Temple on Ahch-To in nun-like outfits and disapprove of Rey. 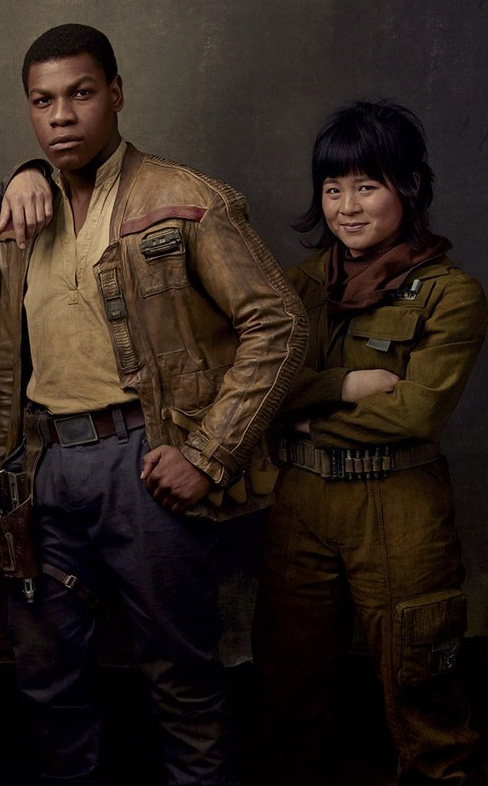 The third strand sees Finn bailing out of the sinking Resistance ship to find Rey and go off with her. He is ‘saved’ by his adoring fan, Rose (mentioned above) and instead of escaping, goes off on a dangerous mission to the planet of Canto Bight, a kind of enormous Las Vegas to find the code which will help Poe combat the First Order. There is no shortage of female role models here as Rose’s sister Paige (Veronica Ngo) is a heroic gunner on the front lines at the beginning of the film.

You could argue that to chop a half-hour off the overly long film, we could do without this detour to Canto Bight, or at least, without the long escape on alien horses. It should be pointed out that you know you are dealing with the dark Force when animals are abused, and the horse-like creatures at the race track in Canto Bight are no exception. One particular young stable boy who has a special relationship with the creatures seems destined for bigger and better things.

won’t be everyone’s cup of tea, but you don’t have to be a Star Wars fan or even to have seen any of the previous films to enjoy this imaginative, action film with its interesting mix of actors (of all ages and backgrounds), magnificent CGI effects and production values that are second to none.