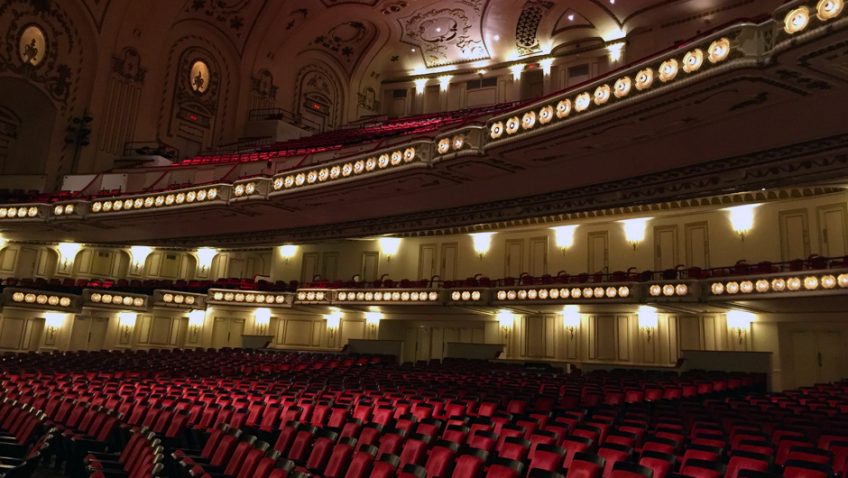 Heart-felt connections: how the theatre could help build bonds

The escapism and thrill of the theatre is a wonderful thing to share; from watching a story unfold together, to talking about it afterwards, an evening in an auditorium can build bonds between friends, families or couples. But did you know that a theatre performance can actually make your heart beat at the same time as those around you?

New research conducted by neuroscientists from University College London, in association with Encore Tickets, has found just that. Researchers monitored the heart rates and skin response of selected audience members at a live theatre performance of Tony and Olivier award winning musical, Dreamgirls. The researchers found that as well as responding emotionally to the performance as individuals, the audience actually responded in unison through their heartbeats, with their pulses speeding up and slowing down at the same rate as each other.

Dr Joseph Devlin, Head of Experimental Psychology at University College London, says: “Usually, a group of individuals will each have their own heart rates and rhythms, with little relationship to each other. But during experiences with heightened levels of emotion, people’s heartbeats can become synchronised, which in itself is astounding.

So, could going to the theatre bring you closer to your family or help you make a connection on a first date? Scientists have indeed found that when an environment makes people synchronise their bodies with each other, it can cause them to bond, and in turn, like each other more.

In addition, research shows that romantic couples and highly effective teammates synchronise their hearts so that they beat in time with each other. This suggests that the unified response seen during the live theatre performance can help to break down social differences and bring people together.

So, in theory, going to the theatre can connect individuals on a deeper, subconscious level.