Home / LIFESTYLE / REVIEWS > / FILM REVIEWS / Allen is back with a film that is bound to add another Academy Award to his, or his actress’s, collection 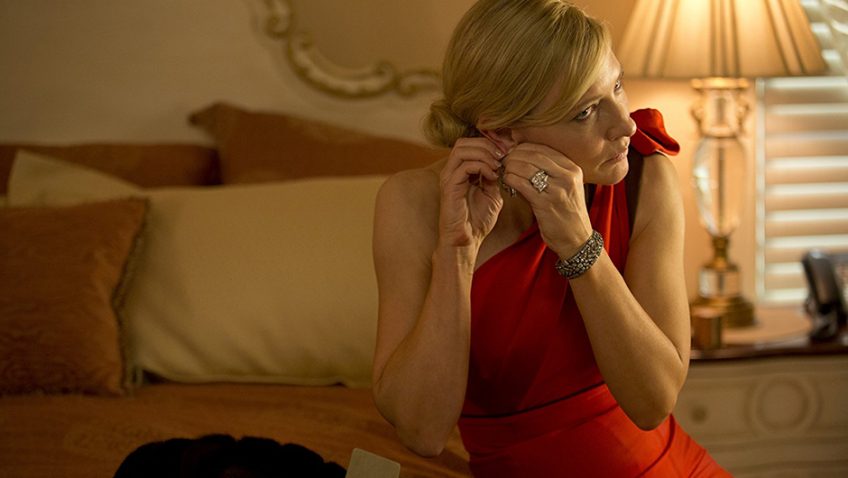 Allen is back with a film that is bound to add another Academy Award to his, or his actress’s, collection

To look at Woody Allen you wouldn’t think he was God’s gift to women. But for the actresses who owe their Academy Awards to him, including Penélope Cruz, Samantha Morton, Jennifer Tilly, Judy Davis, Mariel Hemingway, Dianne Wiest, Maureen Stapleton, and of course, Diane Keaton, he is the God Particle of the film universe. So what could Allen give to Cate Blanchett, the girl who has everything, including an Academy Award for the Aviator? For one, the role of a lifetime as Jasmine French in Blue Jasmine

; and for another, a good chance at that even rarer prize, a second Academy Award.

Who Jasmine French really is (Jasmine is not her real name), is a question even she cannot answer. She abandoned an anthropology degree at University to marry Hal (Alec Baldwin), a Bernie Madoff-type in need of a trophy wife. Jasmine was quick to adapt to that fabulously wealthy lifestyle but now struggles to forget. So Jasmine was a stylishly dressed, pampered and snobbish Manhattan socialite, with a son bound for Harvard, and is now a deceitful, self-absorbed snob, addicted to alcohol and Xanax and living off her sister-through-adoption Ginger (British actress Sally Hawkins), in her downmarket San Francisco apartment.

When the film begins Jasmine and her Louis Vuitton luggage show up at Ginger’s modest flat seeking refuge. Ginger hasn’t seen her sister, who was favoured by their adoptive parents because ‘she had all the good genes’, since Ginger’s visit to Manhattan with her husband, Augie (Andrew Dice Clay). Jasmine encouraged Augie to invest his lottery win with Hal, sincerely believing he had the Midas Touch, and it disappeared in a Ponzi scheme along with Ginger’s marriage. Now Ginger works in a supermarket and has found happiness again with a nice, working class guy named Chili (Bobby Cannavale). But for Jasmine, Chili is ‘a loser.’ 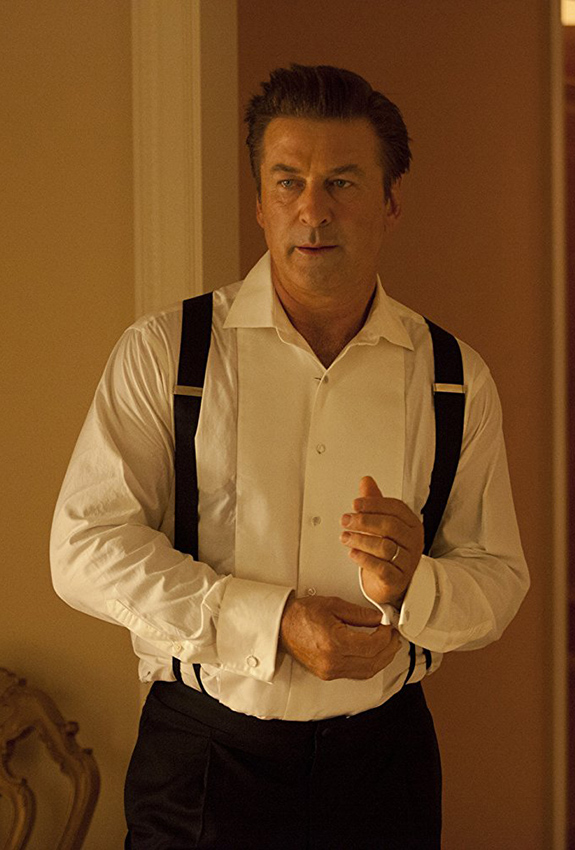 Influenced by the older sister she always idolised, Ginger accompanies Jasmine to a party where both women meet men who are too good to be true. Jasmine meets Dwight (Peter Sarsgaard), a suave, independently wealthy career diplomat and future politician attracted by her elegance and aloofness. No matter that he’s after a wife to support his career, Jasmine is looking for something beyond love as well.

In a daring, but successful structure, Allen cuts from San Francisco in the present to Jasmine’s lavish east coast life in an increasingly close past. The switch is triggered by a word, a phrase or a feeling that sparks a memory in Jasmine’s fraught mind. This switching is particularly challenging for Blanchett who is, in effect, playing two different characters.

If you haven’t noticed, Blue Jasmine

from a director who doesn’t do adaptations and has denied the play ever crossed his mind. The similarity between the names Blanchett and Blanche Dubois from A Streetcar Named Desire is just a coincidence; but the fact that Liv Ullman’s celebrated production of the play, starring Blanchett, travelled to New York in 2009 might not be. Allen has, of course, played around with Tennessee Williams’ characters. He has also embellished the single-set play with an impressive array of sets and locations and has imbued Williams’ melodrama with humour. A scene in which Jasmine has lunch with Ginger’s two young children is worth the price of admission.

While the cast, in particular Hawkins and Cannavale, are superb, we can’t take our eyes off the blue-eyed Jasmine. Portraying Katharine Hepburn was a tour de force, but this role is more challenging, as Jasmine is not an impersonation, but two fictitious women-in-one, and both are deluded. Reality is an intrusion that the sensitive Jasmine cannot face, and she pays the price for her withdrawal, first into Hal’s fantasy world and then into alcohol, Xanax, denial and lies. Playing a neurotic alcoholic might seem easy, but getting it right is notoriously difficult. Blanchett nails it with little touches, like her random pauses in which you can see her mind wandering and her drowsy eyes freezing on a hazy memory. 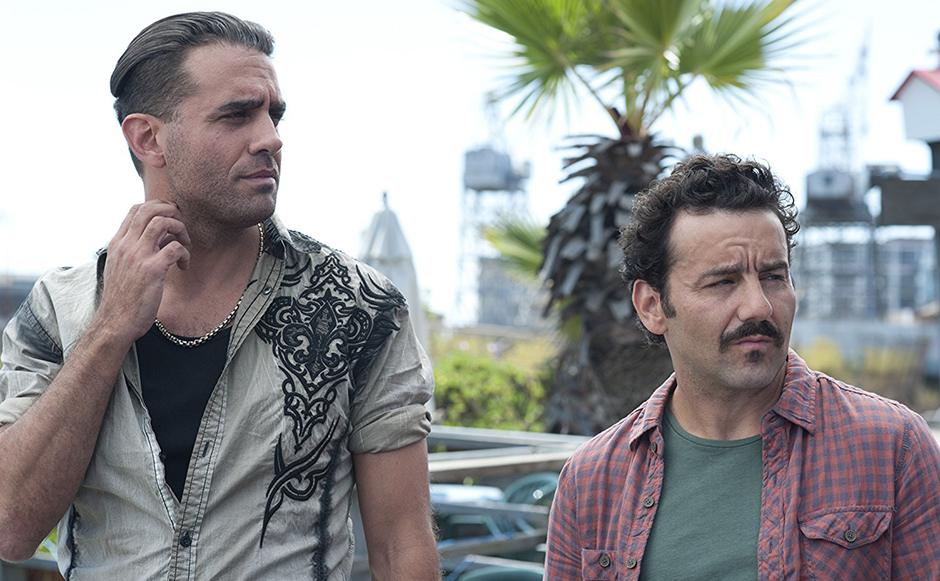 Blanchett also faced with the challenge of playing an unsympathetic character. Jasmine is a snob with a cruel, vengeful streak and is so self-absorbed that she cannot understand her destructive influence on her kind, generous sister.

But Allen’s nuanced script helps Blanchett to make us care about her, and even feel relief when she meets Dwight (who has the function of Mitch in ‘A Streetcar Named Desire’). We realise that Jasmine is above all a victim of those ‘good genes’. She was a victim of Hal, who took her out of University to turn her into a society doll. Even her genuine attempt to fund a design course with a job as a dental receptionist is thwarted when she has to fight off the dentist’s (Michael Stuhlbarg) sexual advances.

At 77, and after more than a decade of disappointing films shot in Europe with European financing, Allen is back on American soil and, if we ignore To Rome with Love, is on a roll after his 2011 Oscar for Midnight in Paris. Blue Jasmine

might lack the depth and resonance of Crimes and Misdemeanours and the Zeitgeist captured in Annie Hall, but Allen is back with a film that is bound to add another Academy Award to his, or his actress’s, collection.