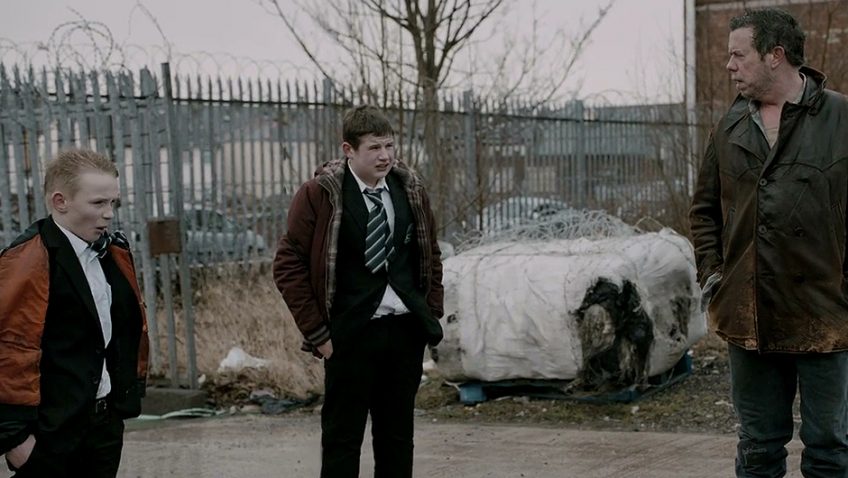 , is a religious allegory in which eternal winter descends on an ogre’s once-beautiful garden when he bans noisy children from playing in it. The ogre finds redemption in his sympathy for a disabled child caught in a tree when he realises he cannot enjoy springtime without youth.

In writer/Director Clio Barnard’s loose adaptation of the story, the youngsters are far from innocent or Christ-like and both the act of redemption and the identity of the giant are ambiguous. Set on the same Bradford estate as Barnard’s acclaimed feature debut, the docudrama The Arbor, The Selfish Giant

If the story is predictable, so are the outcomes of too many children who grow up in poverty and ignorance. And so strong is the film’s atmosphere of displacement and destruction, that if your heart doesn’t break for Swifty (Shaun Thomas), there’s something wrong with it.

Arbor (Conner Chapman) is a manipulative, smart-ass, delinquent waif who starts stealing copper to help his mother pay their truancy fines. His best, and seemingly, only friend is the overweight Swifty (Thomas), probably because Swifty has been bullied at school by everyone else. But the relationship is not equal as Arbor is a wily leader and Swifty is an impressionable follower, with traces of a moral compass and a compassion for animals lacking in Arbor.

He also has an instinctive way with horses that catches the attention of Kitten (Sean Gilder), the owner of a scrap metal yard whose hobby is harness racing. Kitten turns a blind eye when the boys join the illicit copper theft trade that underpins his business, but offers Swifty a healthier future by putting him in charge of his prize horse. When Arbor becomes jealous and sets out on a dangerous exploit, you hope that Swifty will have the strength to sever ties with his selfish friend.

There are enough layers of symbolism and metaphor in the film, not to mention overt social issues, to supply a middle-class dinner table with hours of conversation, if not heated debate. Even Barnard’s choice of names is far from random. Arbor is an obvious reference to the Bradford estate and title of her first feature, while Swifty might be a reference to Shifty, the eponymous drug-dealer seeking redemption in Eran Creevy’s film about friendship and loyalty on another English housing estate. Kitten is an ironic play on the Giant figure of the title, for he’s anything but a cute, bundle of fur. 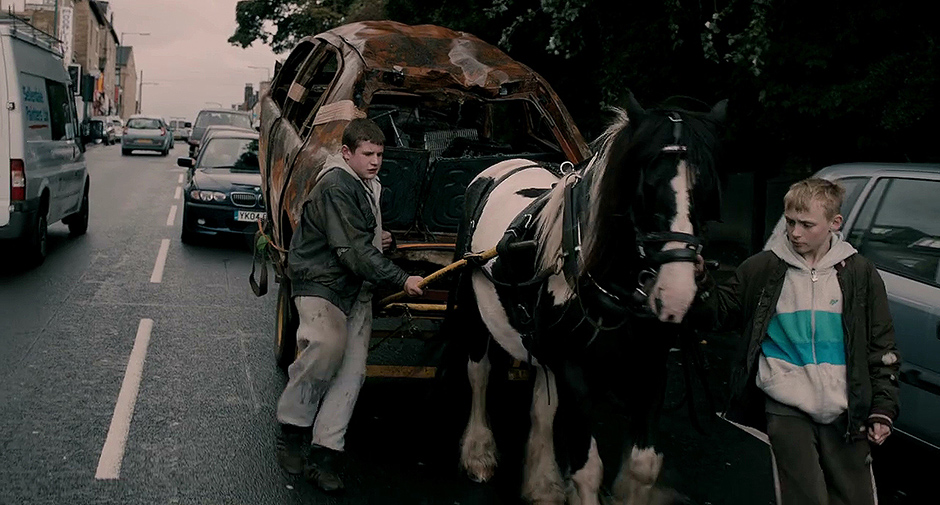 Conner Chapman and Shaun Thomas in The Selfish Giant

succeeds in dramatising the way in which one blighted life can drag down another. But who is the ‘selfish giant’? Is it the king of the scrap heap, Kitten, whose exploitative actions indirectly lead to a great loss, or the selfish Arbor, who preys on his loyal friend to feed his own insatiable neediness? If Arbor is a victim of his sordid home life, where he gets away with mocking police officers and teachers and disrupting classrooms, then perhaps Kitten’s dubious morality comes down to his childhood as well.

It might not matter to the story if Barnard has left the identity of the titular giant open to interpretation, but it matters to the focus of the story. Arbor might be the protagonist, but the tragic character is the story’s Othello: Swifty. Here is a boy whose innate goodness and promise falls victim to his insecurity and loneliness and to the jealous false friend who knows how to exploit it.

Nonetheless, Barnard succeeds in creating a visual landscape as bereft as her characters, and one that we can all see driving through the Brownfield sites and impoverished towns and cities of our socially divided nation.