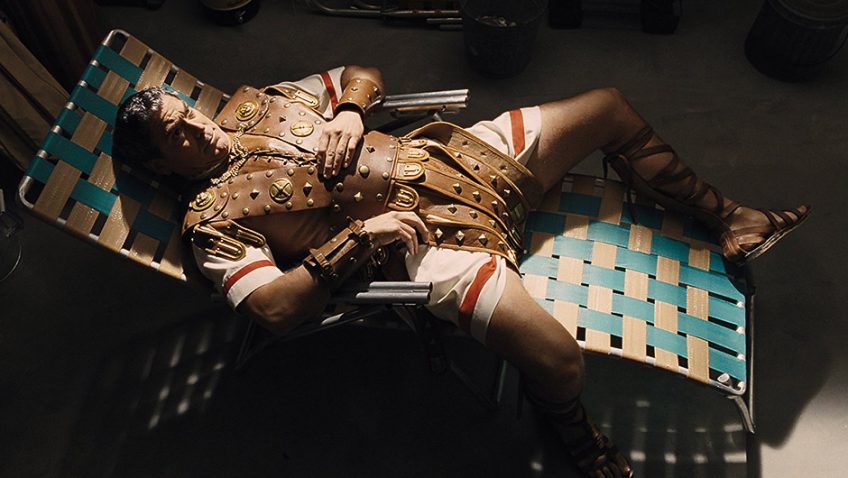 A new Coen Brothers film is not just a film, but an event to look forward to. Hail, Caesar!

may not be one of their masterpieces, but it is a very clever and entertaining love letter to the last days of the Hollywood studio system in the early 1950s. Cinephiles – and anyone over 60 – will have fun reliving the days when Marilyn Monroe was becoming a star in the film noir, Clash by Night; when Esther Williams was swimming her way to stardom in films like ‘Dangerous When Wet’; when the Singing Cowboy, Gene Autry was winding down his career; and when, fresh from prison for his Communist sympathies, the writer of ‘Roman Holiday’, Dalton Trumbo was writing scripts under pseudonyms in Mexico.

Circa 1951 the film studios needed to up the ante after anti-competition laws forced them to divest their profitable cinemas and in response to competition from the novelty of monochrome television.  They did this by exerting control over their stars under contract in the insidious atmosphere of tight morals and cold war panic – and by producing elaborate, musical escapist fare and biblical epics, such as superstar Baird Whitlock’s (George Clooney) Hail, Caesar!

These were also the days of the powerful gossip columnist: none more viperous than Hedda Hopper. Tilda Swinton nearly steals the show playing the competitive twin Thacker sisters: Thora and Thessaly. To protect the studios’ public image, they employed production executives known as fixers: a cross between a loss adjuster,  a social worker, a body guard and a CIA agent.  Hail, Caesar!

is seen through the eyes of the famous real life MGM fixer, Eddie Mannix (Josh Brolin), for whom even the Thacker sisters are no match.

Mannix is married, but he doesn’t get home much. A staunch Catholic, he confesses more often than necessary to an impatient priest. In the film, it’s a few cigarettes on the sly and anguish over a generous, cushy job offer from the Lockheed Corporation. Lockheed was, at the time, developing Cold War submarines and aircraft in near-by Burbank (perhaps in competition with Howard Hughes). In real life Mannix, embroiled in a murder investigation over one of his many affairs, probably had Mafia connections, and Lockheed had its share of corruption allegations. 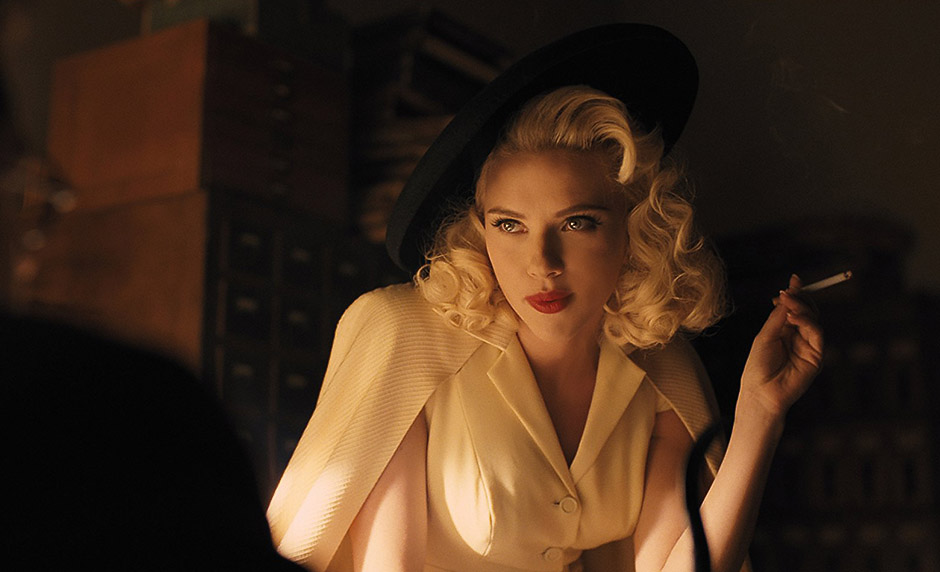 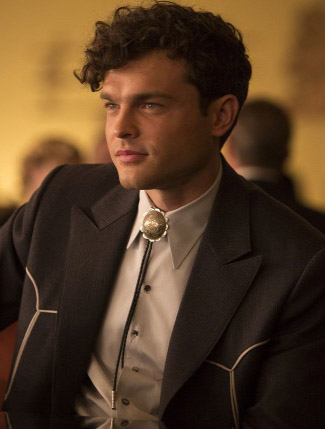 This attempt to broaden Doye’s range does not go well. In a truly hilarious scene, Fiennes does steal the show when Doyle’s repeated attempts at addressing ‘Mr Laurentz’ proves a challenge too far.  It’s not long before Laurentz is in Mannix’s office complaining about the young man’s inability to, well, speak or act. Mannix sends him off to find a solution and by the final take, when Doyle eschews dialogue for a sexy, mysterious grin, he’s on his way to stardom.

But Mannix has bigger problems.  With just a few scenes left to complete on the expensive Hail, Caesar!

, all of which require Baird Whitlock, the star has gone missing.  Is he on a bender, with one of this lovers, or has he been kidnapped?

As it happens, the case of the missing Baird proves the least interesting part of the film.  There is nothing mysterious about the mystery and the satire on the group responsible for the coup is heavy-handed. Disappointingly, Clooney is prone to overacting in the film until the final scene when, after a slap-up in Mannix’s office, he manages to turn a parody of a speech on the Calvary into something magical.

The Coen brothers make up for these shortfalls in the rest of the film, which you really need to see twice to appreciate all the references and riches.  Imagine Mannix meeting with religious leaders for their professional approval of Whitlock’s biblical epic when they all start to be critics.  Eager to focus the feedback on the matter to hand he mumbles, ‘the Bible is, of course, terrific, but…’ delivered like a busy studio executive would.

The Coen brothers can deliver romance as well as comedy and nostalgia.  Who will not smile at the charming scene in which Doyle takes the starlet Carlotta Valdez (Veronica Osorio) to the premiere of Doyle’s latest singing cowboy movie?  With a kind of James Dean persona emerging, Doyle’s boyish vulnerability, as well as his talent, is irresistible.