Home / LIFESTYLE / REVIEWS > / FILM REVIEWS / The game is over, triumphantly, but necessarily compromised by the scale of the undertaking 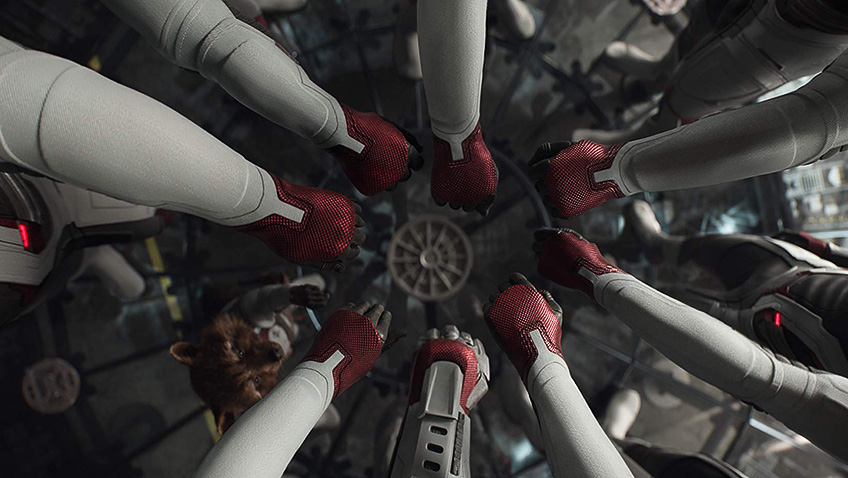 The game is over, triumphantly, but necessarily compromised by the scale of the undertaking

If you’ve never seen any of Avengers films before (there have been 21 or 22, including individual character films, as opposed to ensemble movies) this is not the best film to start with. But Anthony Russo and Joe Russo, who directed the hit television series Arrested Development, are the right people to wrap up the franchise with the misty-eyed reunions, heroics, bonding, epic battles, and hints at the future that an ending requires, while giving fans a return to past episodes with a wink and a nod.

If the Russo brothers have directed four films in the franchise, including Avengers: Infinity War (2018) – the first superhero film to gross over $2 billion – the screenplay writers, Christopher Markus and Stephen McFeely have worked on six. Between the four of them, there is nothing that is not known about the series or the myriad characters that inhabit it. They cleverly play to the diehards in the middle and end sections of the film, when this knowledge and recall pay off.

The challenge for the filmmakers was to fit everything in without the film feeling contrived, superficial or bloated. They have to tick all the boxes, without our being conscious of the box ticking. If the attempt is not entirely successful, no one could have done it better, and fans are now too entrenched to care.

The film ends just a few weeks after Avengers: Infinity War ended in a depressing finale that saw Thanos (Josh Brolin) reduce half the population of the world to ashes. These include a lot of beloved superheroes, including Black Panther (Chadwick Boseman), who the world fell in love with only last year. Thanos spent most of Avengers: Infinity War‘s appropriating the six infinity stones that made their appearances throughout the franchise, although somehow their importance kept getting lost in the plot until now.

Combined, the stones give the wearer all-encompassing power, but the force of making the command is a feat of strength that is not without danger. Thanos has that strength – and will. Appalled at how the world’s population was putting a strain on its limited resources, he effects some drastic population reduction. A stone was once again, and most recently, brought to the fore in Captain Marvel, (Marvel’s answer to the superb DC Comics’ Wonder Woman from 2017) which was released last month, just in time for Brie Larson’s ‘can do’ Captain to motivate the remaining demoralised superheroes at the beginning of Avengers: Endgame 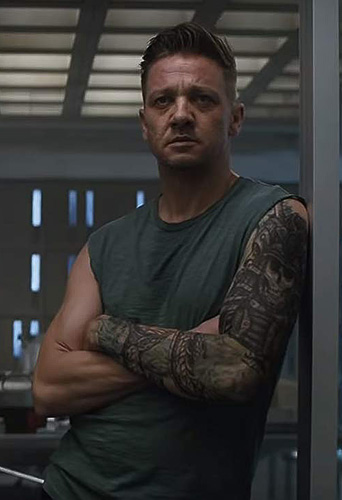 The superhero survivors are struggling with survivors’ guilt. Clint Barton, aka Hawkeye the ace archer, (Jeremy Renner) did not appear in the big battle with Thanos as he was spending quality time with the wife and kids. But when they disappear, he reappears. Tony Stark, aka Iron Man (Robert Downey Jr.), as he confirms with defiance at the end of this film, is floating in space with Thano’s dubiously ‘good’ daughter Nebula (Karen Gillan) as his carer and sole companion. Tony has lost so much weight that he records a message for posterity.

Suddenly, Captain Marvel appears in a halo of light hovering like a giant, sexy Tinkerbell outside the spacecraft. For those who expected the transition from Captain Marvel’s post-credit ending to Avengers: Endgame

’s beginning to be seamless, this heroic appearance might still be a disappointment, particularly as we have to wait quite a while for a glimpse of Nick Fury (Samuel L. Jackson) minus the cat.

Joining the think tank of guilty survivors is Chris Evans, aka Captain America (Steve Rogers), Thor (Chris Hemsworth), Natasha Romanoff aka Black Widow (Scarlett Johansson) , War Machine (Don Cheadle) and Bruce Banner aka the Hulk (Mark Ruffalo). Banner and the Hulk and now one, which makes both characters less appealing. The superheroes first decide to take Thanos by surprise and take back the stones. But they learn that Thanos, having achieved his goal, destroyed the stones. The only way to bring back all their loved ones and fellow-superheroes vaporised in the Avengers: Infinity War is – you guessed it – time travel. 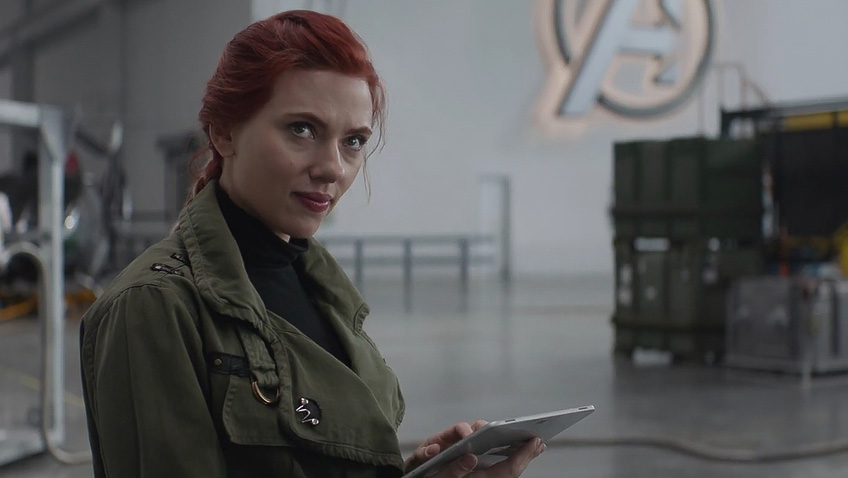 Time travel is the ultimate cop out and is a device so overused that, despite the originality of the filmmakers’ writing and effects, it puts a damper on the film. Fans however will love the fact that time travel here is a nostalgia trip, coupled with mind-boggling double acts, in which the teams that travel back in time to the various locations of the stones meet up with themselves as well as past friends and foes.

A bigger problem for the superheroes is that their science is not up to scratch. Paul Rudd’s Ant-Man is the expert on time travel as those who saw last year’s entertaining Ant-Man and the Wasp will attest. But his travel using the quantum realm is fraught with error. Dr Strange (Benedict Cumberbatch) travelled in time with the mystical Eye of Agamotto, but he is missing. A five years later caption changes many things and Thor, now debauched, has acquired a beer belly.

Tony Stark refused to become involved in the time travel initiative and goes home to Pepper Pots (Gwyneth Paltrow) and their daughter to regain his strength. But, Tony is haunted by the loss of Peter Parker aka Spider-Man (Tom Holland) who Tony recruited in Captain America: Civil War) and treated as a son. After taking with Pepper, he returns to the lab. Within no time he has the technology to send three teams back in time to various locations to capture the stones (put they only have two attempts). 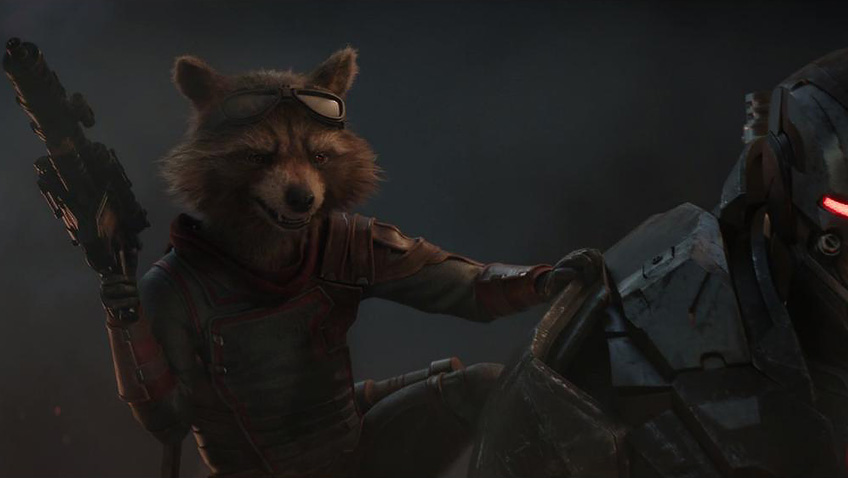 The Space, Mind, Reality, Power, Soul and Infinity stones make their appearances in previous superhero films involving many characters from Star-Lord (Chris Pratt), who discovers then loses the Power Stone in Guardians of the Galaxy; to Thor’s half brother Loki (Tom Hiddleston) who has the Mind Stone in his sceptre in The Avengers; to the android Vision (Paul Bettany) created to house the Mind Stone that is destroyed by Scarlet Witch (Elizabeth Olsen, making a comeback here) in an unsuccessful ploy to prevent Thanos from taking it. But the plan for retrieving the stones is complicated enough to tax the recall of any fan, as the stones pass into many hands; for the Time Stone, for instance, the team seek out The Ancient One (Tilda Swinton). Fans will be protesting the rather randomly and subjectively chosen moments in time from which the stones are taken back, and the ease with which this is done, but time (the film’s) prevents a more coherent dramatisation of the plan.

To say anything more would involve spoilers, which is just as well as it is impossible to even summarise the plot of a film with some fifty plus characters (even Robert Redford and Michael Douglas make come backs); dozens of locations and a time span – well, you know. Everyone will be glad to see their favourite come-back character (mine is Bucky Barnes aka the Winter Soldier (Sebastian Stan)). Along with fine acting, there are scenes of noble sacrifice that will leave no one dry-eyed. As the host of wonderful characters – some of whom are old friends – and talented actors are paraded before us we realise how much of our lives we owe to fantasy.