Home / LIFESTYLE / REVIEWS > / FILM REVIEWS / Despite the silly plot, this is highly entertaining summer fare, accessible to all audiences 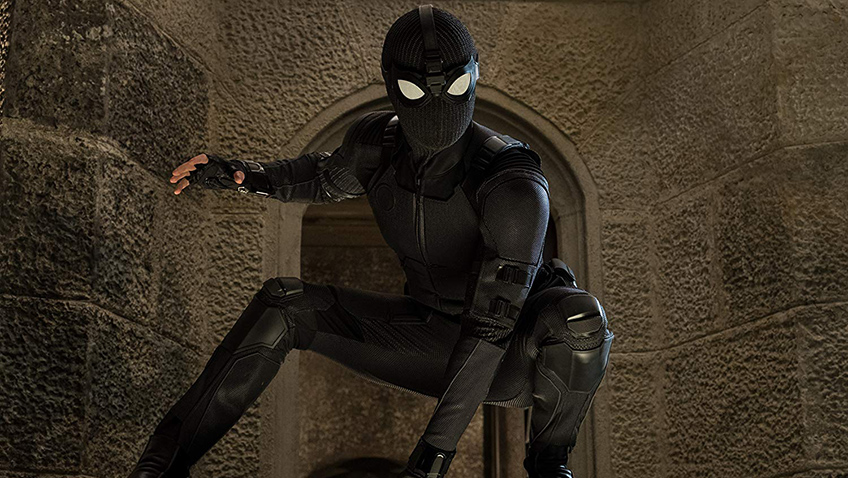 Despite the silly plot, this is highly entertaining summer fare, accessible to all audiences

might disappoint fans of last year’s stylistic tour-de-force Spider-Man: Into the Spider-Verse hoping to explore the multiverse theme introduced in that film. But this sequel to Tom Holland’s 2017 Spider-Man: Homecoming is thoroughly entertaining and perhaps more enjoyable for audiences who do not make the study of Marvel Comics their life’s work. Directed by ‘Homecoming’ director Jon Watts and written by two of the six writers of Homecoming, Chris McKenna and Erik Sommers, the story focuses on the pull between responsibility for saving the world and the desire to be a normal teenager and kiss a special girl. The beauty of the premise is that everyone can empathise with Peter and this connection makes his character less removed and more real.

Holland’s Spider-Man co-starred in Avengers: Endgame and Avengers: Infinity War and his character, Peter Parker, 16, who was blipped in Avengers: Infinity War, but brought back to life in Avengers: Endgame, is now just another student at NYC’s Midtown School of Science and Technology who is readjusting, (those who were not blipped are five years older than those who were and have graduated) to a new world. Peter is also adjusting to life without his mentor, Tony Stark, and hopes to forget about fighting evil long enough to enjoy himself on the summer school trip to Europe.

He confides in his best friend Ned (Jacob Batalon) – the only person from his personal life other than his Aunt May (Marisa Tomei) who knows his secret – that he plans to confess his feelings to MJ (Zendaya) at the top of the Eiffel Tower and give her a necklace. Ned discourages him from this romantic pursuit as the pudgy computer nerd doesn’t want to be on his own. But the best laid plans do go awry.

As Ned and his classmate Betty (Angourie Rice) fall in love on the plane from New York to Venice, Peter’s plans to be alone with MJ are constantly frustrated, while rival Brad (Remy Hii), who has sights on MJ, too, closes in. Peter has ‘ghosted’ Nick Fury, (Samuel L. Jackson), the former director of S.H.I.E.L.D. and hopes that whatever business Fury wants with him can wait until his trip is over.

It cannot, and Peter should already have suspected as much. He and his friends have just witnessed the destruction of half of Venice, not by hordes of tourists, but by the Water Elemental, a creature that emerges from water and uses it to wreak havoc. Peter does what he can without his suit on, but all the kids marvel at the theatrical arrival of Quentin Beck (Jake Gyllenhaal, who arrives like a jet in a green cloud, and kills the monster). The Italian papers refer to him as Mysterio, and the name sticks and Beck likes it that way. 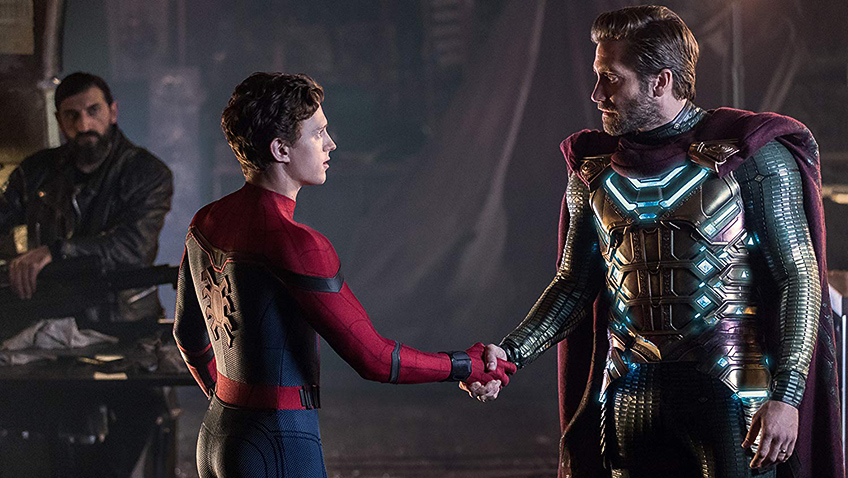 Having followed Peter to Venice, Fury reminds Peter that the world is now short of superheroes and that Tony Stark singled our young Peter to succeed him. Fury presents Peter with Stark’s AI glasses, E.D.I.T.H. These give him access to all the databases in Stark Industries, via a high-powered Alexa-type programme that can launch weapons on Peter’s command. Before realising its power, Peter uses the programme to stop Brad from circulating an embarrassing photo and regrets it.

After attending a meeting between Nick Fury, Maria Hill (Cobie Smulders) and the alleged Mysterio, who claims to be from another universe seeking revenge on the Elementals for the death of his family, the idea is that they all go to Prague where the next Elemental, Fire, is due to strike. No one asks Beck how he is knows this. 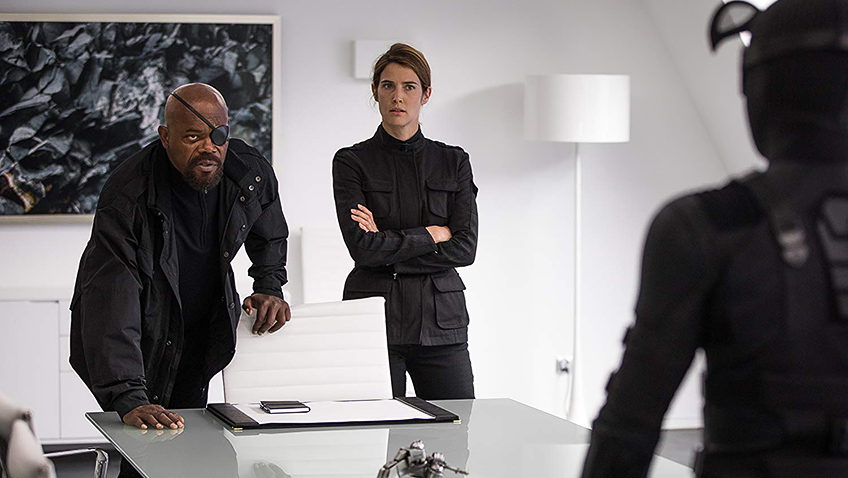 But Peter refuses to go, eager to head for Paris with the school group. Fury instantly redirects the school trip to Prague and Peter is sucked into being Spider-Man. He accepts Beck’s invitation to have a drink and confides in Beck, who he is beginning to see as a kind of more indulgent Tony Stark substitute. Peter tells Beck that he takes his role seriously, but right now, just wants to kiss a girl. When the discussion turns to the glasses, Peter decides he isn’t worthy and gives them to Beck.

That brings us to the end of the first half of the film. To say anymore about the narrative would be a spoiler. It’s no spoiler to say that the boyish Holland, 23, strikes the right balance between superhero angst, lovesick teenager and grieving disciple and Batalon and Rice are a riot. They are the perfect foils to Holland and Zendaya whose chemistry is not nearly as impressive as their combined Instagram Follower numbers that today’s casting directors use to put guaranteed bums on seats. 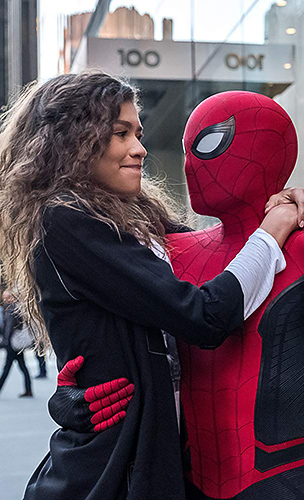 Zendaya and Tom Holland in Spider-Man: Far from Home

Harold or ‘Happy’ Hogan (Jon Favreau), the late Tony Stark’s bodyguard/driver and Stark Industries’ Head of Security, has an increased role in this film as he feels responsible for Tony’s chosen one. When normal kids need a lift home, a father or mother would pick them up in the family car. When Peter finds himself in a jail cell in the Netherlands (his astonished cell mates watch as he walks out by breaking the lock with his bare hands), Happy arrives in a private jet that hovers considerately over a tulip field as Peter and Happy discuss the situation. In a sweet subplot that complements the main teen romance, Hogan and Aunt May are clearly in love and Peter has ambiguous feelings as he picks up on the vibes.

You cannot compare the CGI overkill with the brilliant animation that earned Spider-Man: Into the Spider-Verse an Academy Award, and the ridiculous plot, based on the most implausible uses of technology will not win awards either. But if there’s little real tension, there are ample rewards, including good laughs, romance and a lot of fun.

If you remain through the credits for the two codas, you will learn that there are a few characters in Peter’s professional life who are not who they claim to be, but to fully understand the final coda, you have to have seen Captain Marvel.