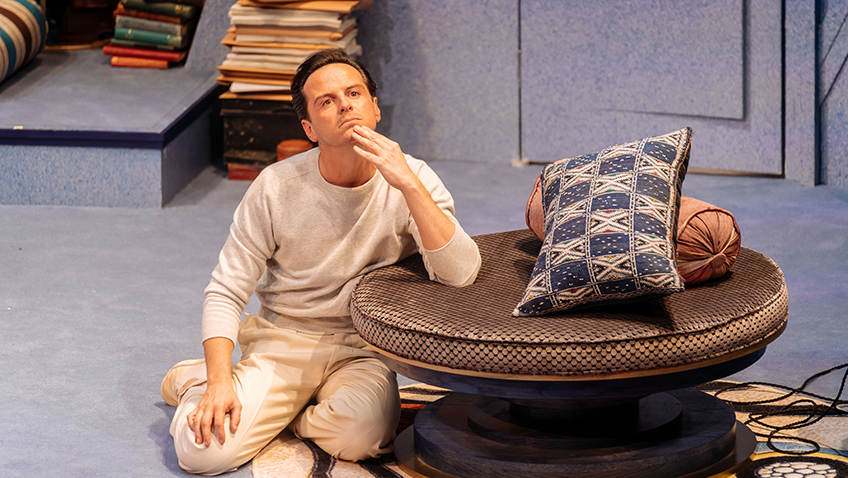 Noël Coward admitted he wrote Present Laughter with the sensible object of providing himself with a bravura part. It was to have opened in 1939 but the outbreak of war delayed things and it didn’t open until 1942. Of all his plays it remains the most autobiographical.

I have seen five productions. All of them were inordinately long and not that funny. I came out of the theatre each time wishing I had seen Coward. His celebrity, charm and brittle sophistication, I presumed, would have held the production together. 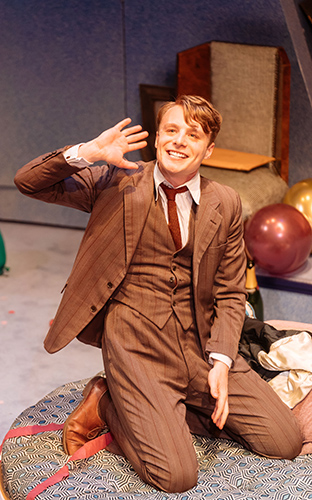 Coward acted the play in French in Paris in a translation by André Roussin when it was called Joyeaux Chagrins (Sweet Sorrows).

Matthew Warchus’ fast-paced revival, with a witty Art Deco set by Rob Howell, is the first time I have really enjoyed the comedy. The casting of Andrew Scott as Garry Essendine, the promiscuous, self-dramatising, overbearing, predatory matinee idol who is advancing with every reluctance into middle age, clinches its success.

Cole Lesley, Coward’s secretary, lover and biographer, said that the skirmishes and emotional rampages gave a good, if exaggerated, idea of what Coward was like to live with and his relationship with those around him, including his secretary, valet, manager and business partner.

I first saw Andrew Scott on stage over 20 years ago in Dublin when he was playing Edmund, the younger consumptive son, in Eugene O’Neill’s Long Day’s Journey Into Night and Lord Alfred Douglas, Oscar Wilde’s lover, a hysterical shit, in Thomas Kilroy’s The Secret Fall of Constance Wilde.

More recently Scott has had a big success as Hamlet and on television as Moriarty to Benedict Cumberbatch’s Sherlock Holmes and as the foulmouthed priest who is loved by Phoebe Waller Bridge’s Fleabag.

Scott is hilarious as Garry. One of the biggest laughs is when he screams, “For God’s sake stop being theatrical!” Garry, ranting and raving, working himself into a state of moral indignation, never stops acting, never stops attitudinising and posturing, frantically waving his hands and arms about. Scott uses his whole body to comic effect. Act 2 plays like a French farce.

Garry has two tirades. The first is when he reacts to an infatuated 25-year-old playwright (Luke Thallon) from Uckfield, who accuses him of only appearing in superficial, frivolous work without the slightest intellectual significance. The second tirade is when he lambasts his entourage, callously betraying every confidence and exposing every affair.

I have always thought the play would be so much more honest if it acknowledged its homosexuality. Warchus does acknowledge the sub-text and changes the gender of the glamorous amoral Joanna, who is now Joe (Enzo Cilenti) and Garry’s male lover.

Present Laughter is a lot of fun. Andrew Scott’s bravura performance is not to be missed.