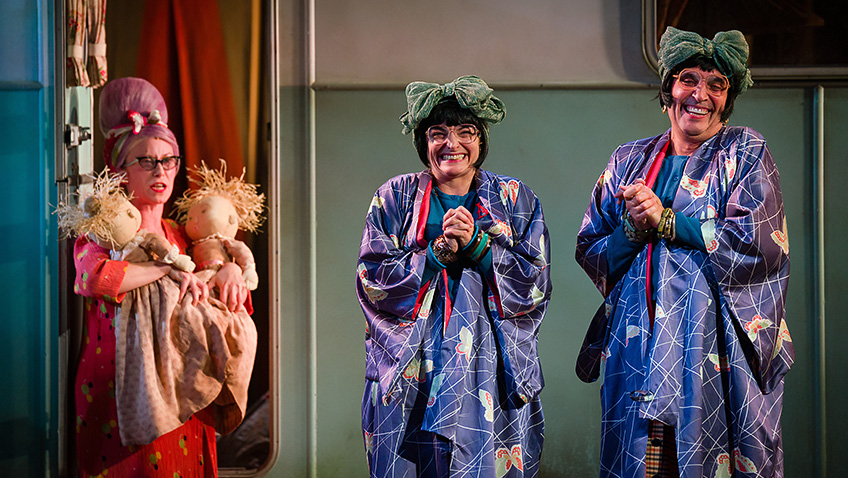 What a joy it is to dance and sing – Angela Carter

Matthew Warchus, artistic director of The Old Vic, helps to launch Emma Rice’s new company, Wise Children, and pays tribute to her accessibility, inventiveness and adventurousness. She has, he says, an effervescent and contagious passion for theatre.

Rice’s opening production is her adaptation and direction of Angela Carter’s last novel. Wise Children, which was published in 1991. 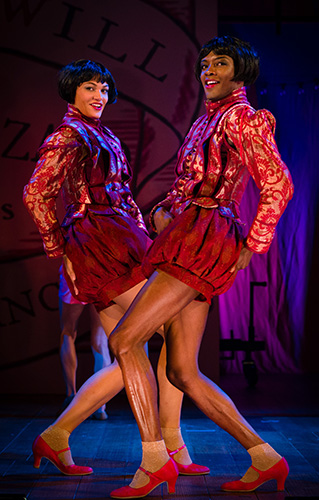 It is something Rice has long wanted to do; ever since she adapted and directed Carter‘s Nights of the Circus for Kneehigh when she was its artistic director and won many admirers.

Rice had a big success with her adaption of Noel Coward’s Brief Encounter which has had two West End showings.

Angela Carter’s Wise Children is a witty, bawdy, incestuous carnival of theatre as told though the story of two elderly twins in their seventies, former chorus girls, who had performed through several decades of the 20th century. Their father was a famous Victorian Shakespearean actor now celebrating his 100th birthday.

The production, which Rice describes as a love letter to theatre, matches the exuberance of the original novel and revels in its whimsicality, diversity, theatricality, clichés, corny music hall gags (perfectly delivered by Paul Hunter), popular songs, cross-dressing, Shakespearian quotes and twins galore.

The present production puts “the dark, chaotic days at Shakespeare’s Globe” firmly behind her and kick-starts a new era with characteristic warmth, charm, colour and humour.

The older women (Gareth Snook and Etta Murfitt) share the stage not only with their younger selves (Omari Douglas and Melissa James) but also puppets that play the twins when they were children and babies.

Douglas, very leggy, is the most convincing drag act of them all.

Snook’s drag act is in the Monty Python housewife manner and he has one of the best epigrams: “It’s every woman’s tragedy that after a certain age, she looks like a female impersonator.”

There is another memorable Angela Carter epigram which I also want to share with you: “Comedy is tragedy that happens to other people.”