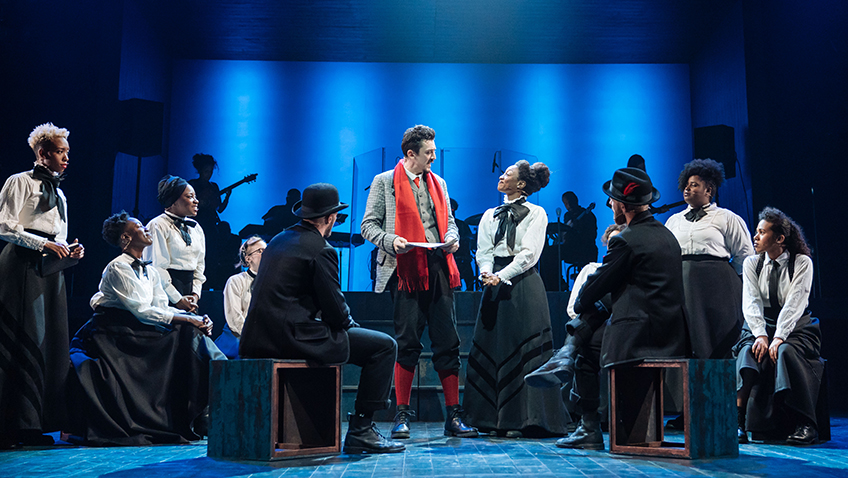 100 years ago 8.5 million women in the UK over 30 and on the property register were entitled to vote for the first time. The show is a potted history of the suffragette movement and its divisions from 1903 to 1918 with an epilogue in 1928.

The show is not just about votes for women; it is also a celebration of Sylvia Pankhurst’s life. The story is told with hip hop, funk and song and is a tribute to the suffragettes’ determination, resilience and bravery.

Sylvia (Maria Omakinwa), pacifist, socialist, idealist, is at odds with Emmeline (Beverley Knight), her militant Tory mother, and Christabel (Witney White), her sister, who both champion violence and expel her from the Women’s Social and Political Union.

Matthew Warchus, artistic director of The Old Vic, had initially initiated and commissioned a ZooNation hip hop dance show to be directed, choreographed and written by Kate Prince.

It quickly developed into a full scale through sung musical show. I much enjoyed the music by Josh Cohen and DJ Walde. I wish I had been able to hear Prince’s lyrics more.

Audiences were provided with a sheet of information which explained that the illness of a key member of the cast during the previews has meant that the time which should have been spent on revisions had to be spent on rehearsing the understudies. 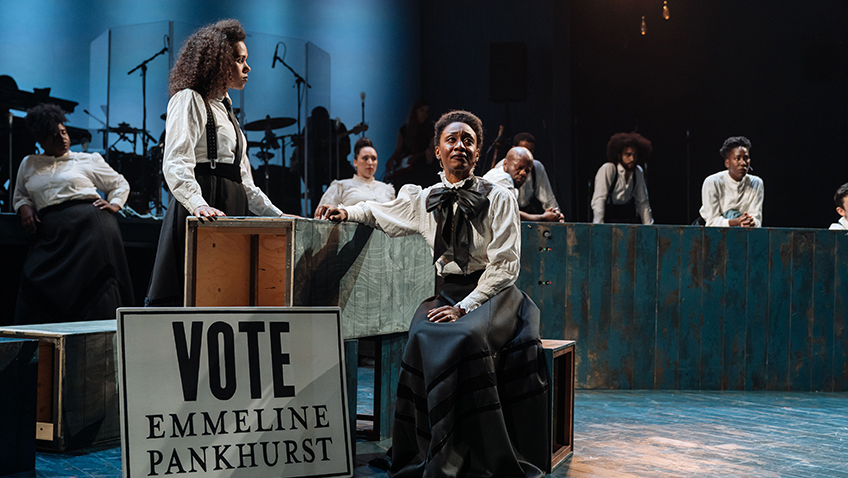 Since the performance was considerably longer and in a more raw state than the creative team and The Old Vic had ever planned, Warchus decided to redefine the production as “a work in progress” rather than a complete production.

His intention now after the three week run, is to raise money, redevelop the show and relaunch it next year when it will run for two hours. At present it runs for three hours.

At the performance I attended the sound system broke down twice and the show stopped and the houselights came up. We didn’t get out of the theatre until 10.55.

The production, vigorously sung and danced by a largely black cast, got a standing ovation from a packed house which included a large number of schoolgirls.

Sylvia has considerable promise but it needs a lot of pruning, re-writing, re-shaping and refocusing. The second act is particularly messy. I shall look forward to seeing it again when it has been reworked.

I came out of the theatre wondering whether Elizabeth Robins’ play, Votes for Women (1907 at Royal Court Theatre), which was much admired in its day for its second act Trafalgar Square rally scene with 40 actors on stage, was worth reviving.