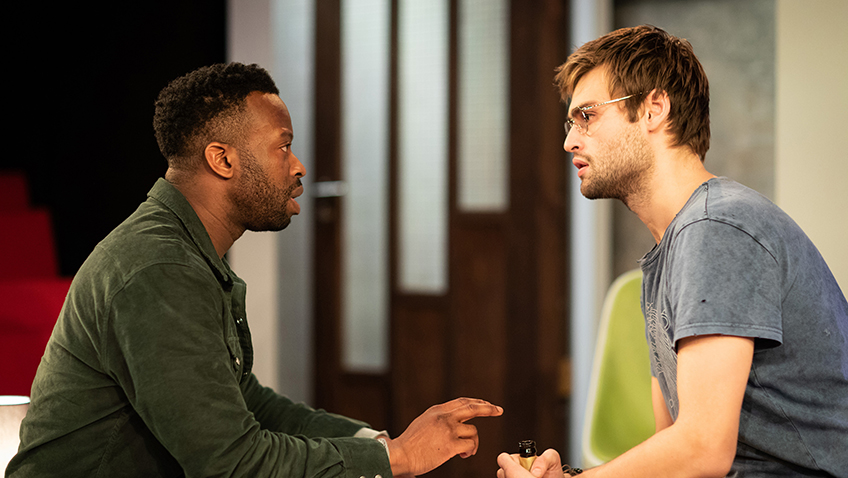 A gay time is had in Uganda and in Amsterdam

Robert Tanitch reviews A Guide for the Homesick at Trafalgar Studios 2, London SW1

Ken Urban, an award-winning American playwright, who writes plays with a political angle, was commissioned to write a play about international aid workers.

Urban got his inspiration when he watched Africa’s Last Taboo, a Channel 4 documentary, which was about the rising anti-gay violence in Uganda and the way it was being fuelled by American evangelists.

A Guide for the Homesick had its premiere in 2018 at the Huntington Theatre Company in Boston. 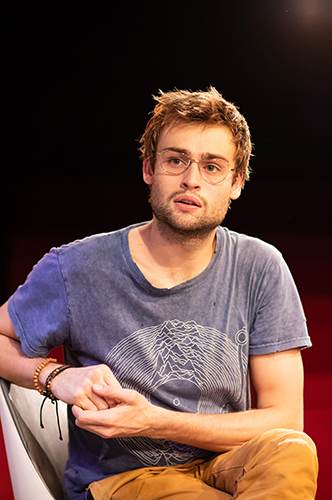 Douglas Booth in A Guide for the Homesick

Jeremy, a Harvard educated young man, has been working as a volunteer nurse in Uganda. He befriends Nicholas, a gay Ugandan, who is already in a relationship.

Things are bad for gays in Uganda. The Church whips up the homophobia and gays are liable to be burned alive in the streets.

Jeremy is now in Amsterdam, on his way home to the US, having missed his connection. Whilst waiting for a plane he is picked by Teddy who takes him to his squalid hotel bedroom.

Teddy is on holiday with a bipolar friend, Eddie, who has just walked out on him and he doesn’t know where he is. Eddie is about to get married. His fiancée phones Teddy every 5 minutes. Teddy doesn’t take the call, fearing to hear bad news.

There are many flashbacks and this means time and place are constantly being switched. The actors have to change character instantly. They never leave the stage. They just change their voices and body language.

There are strong performances by Booth and Samuel. Jonathan O’Boyle directs. The production lasts 80 minutes and is acted straight through without an interval.