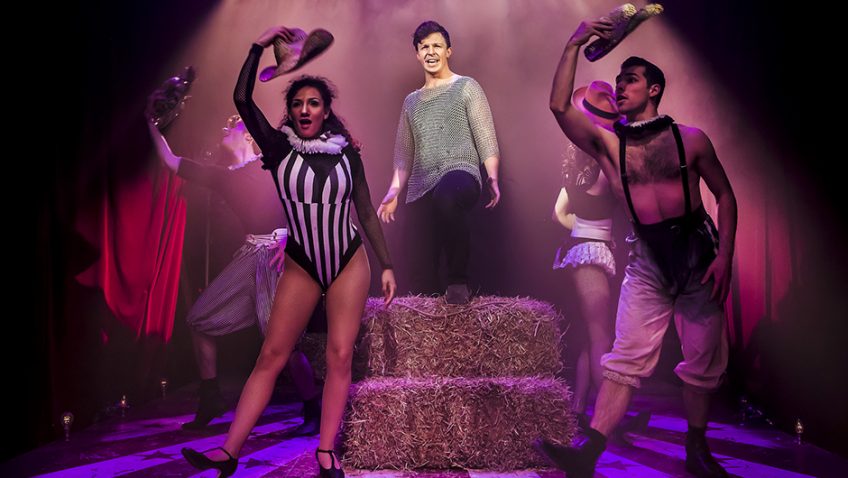 Stephen Schwartz, composer of Godspell and Wicked, originally wrote Pippin in 1967, whilst he was still at College; and with its anti-war message it still feels today like an undergraduate lark written during the Vietnam War era.

The musical was a big success when it transferred to New York in 1972 and its success was due entirely to Bob Fosse’s brilliant production and choreography, which drew on commedia dell’arte. 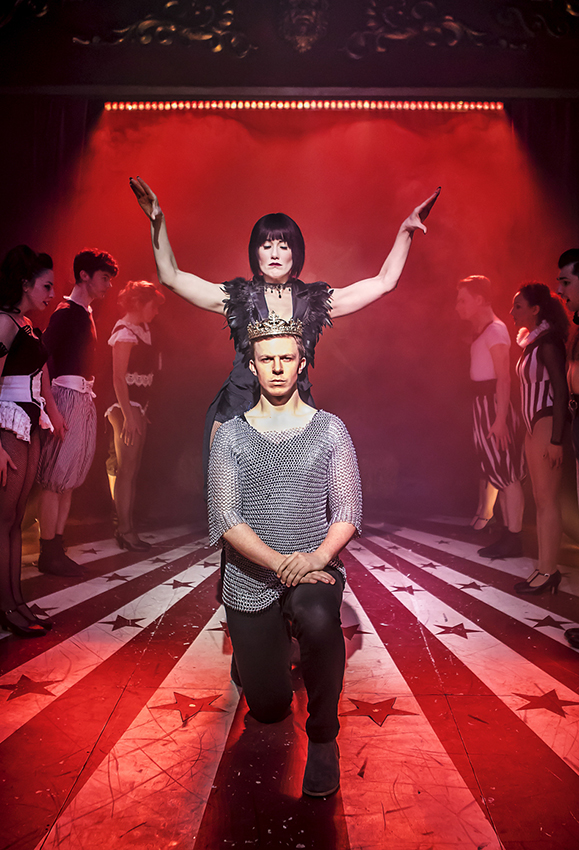 The spectacle, much darker than the original, had such flair, wit and magical tricks that audiences didn’t mind the triteness and the messiness of Roger O. Hirson’s book. The show ran for 1,944 performances.

However, when it came to London in 1968, it ran for only 85 performances. It was last seen in 2011 at the Menier Chocolate Factory in a highly distracting robotic video-gaming production.

The present production, which premiered at Manchester’s Hope Theatre, is by Jonathan O’Boyle and is much better for the staging and William Whelton’s choreography being much nearer to Bob Fosse in conception.

Pippin means King in French. Pippin is the idealistic son of Charlemagne (742-814), who goes in search of the meaning of life. Hoping to find fulfillment, he tries such things as War, Sex, Revolution, Murder, Humanity, God, Love, Marriage, only to find none of them satisfies him.

Pippin (a hunchback in real life but not in the musical) remains as bland as he always was but Jonathan Carlton sings Corner in the Sky sweetly and there is a nice moment when he is being propositioned by burlesque ladies with their ostrich feathers.

Rhidian Marc is so funny as a Welsh Charlemagne with silly moustache that it is a pity that he is killed off at the end of the first act. Mairi Barclay should stop overacting immediately.

The songs would be more pleasant to listen to if the band and the singers were not over-amplified. The amplification is no help to the lyrics and the deafening sound is more suitable for a large arena than the intimacy of Southwark Playhouse.