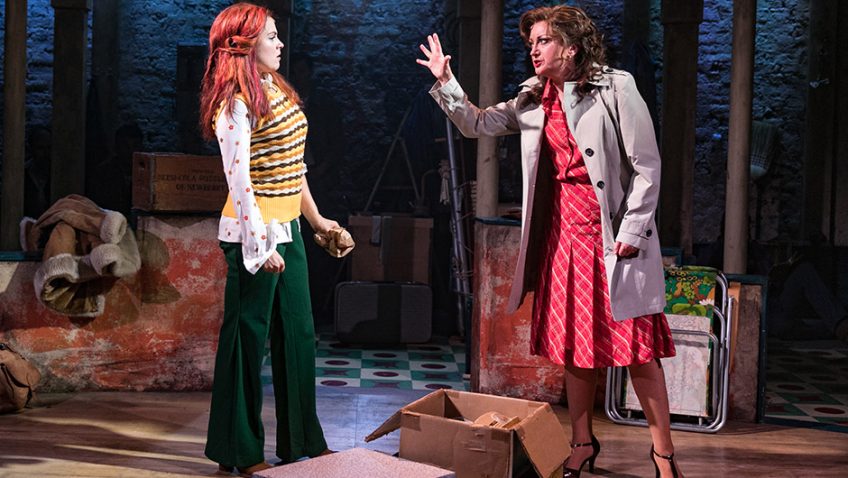 The knowledge that the music is by John Kander and the Lyrics are by Fred Ebb is already enough to rouse instant interest in anybody who loves Broadway musicals.

The Rink was written as a vehicle for Chita Rivera, much admired for her performance in West Side Story. 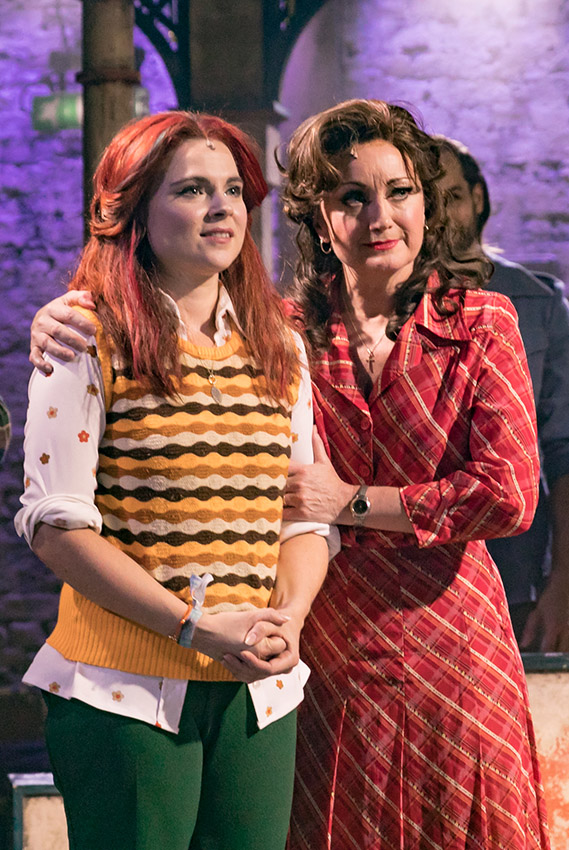 Gemma Sutton and Caroline O’Connor in The Rink

The musical opened in New York in 1984 with Rivera and Liza Minnelli, a splendid vehicle, too, for her singing and dancing talents.

The Rink is not as cynical nor as sharp as Cabaret and Chicago and the reviews were not good. It ran for only 204 performances, surviving initially solely on Rivera and Minnelli’s names and collapsing when Minnelli had to leave the cast because of illness.

A mother and her adult daughter are reunited after a 7-year absence just at the moment the mother has sold the family skating rink and it’s about to be pulled down. The daughter wants to save it.

The book is by Terrence McNally, author of Master Class and the musical Ragtime, and the story is told in a series of flashbacks to their earlier lives. Mother and daughter have foul mouths and spend most of their time slagging each other off.

Caroline O’Connor plays the mother and her performance is as powerful and as impressive as her CV. Gemma Sutton is the rebellious, sparring daughter.

There is a chorus of six males, who play all the supporting roles, including the workers who are demolishing the rink.

Director Adam Lenson and choreographer Fabian Aloise do amazing things in a tiny space. The music is always tuneful and the high spot is the roller-skating number.

You will have to get your roller skates on if you want to see The Rink. It runs only to the 23rd of June. The word of mouth will be excellent and it is bound to sell out.