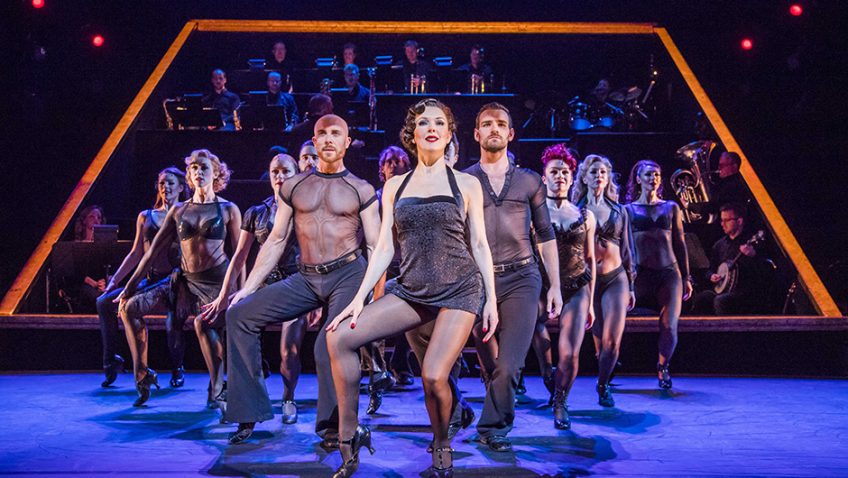 Chicago, a popular 1926 comedy by Maurine Dallas Watkins, told the story of Roxie Hart who shot her lover and then with the help of her lawyer turned the trial into a three-ring circus.

The playwright was a journalist and her play was based on fact. 50 years later John Kander, Fred Ebb and Bob Fosse turned it into a musical and gave it the full razzmatazz.

Kander and Ebb are probably best known for Cabaret and Fosse’s brilliant, individual and distinctive choreography contributed enormously to its success.

The script is an amusing satire on the criminal as celebrity and behaving like a movie star. It is also a bitter and cynical satire on American justice where the guilty go free and the innocent get hanged.

Chicago is for all those who love show business. The songs are parodies of and hymns to American vaudeville. The opening number, “All That Jazz,” gets the show off to a great start and is the first of many show-stoppers. 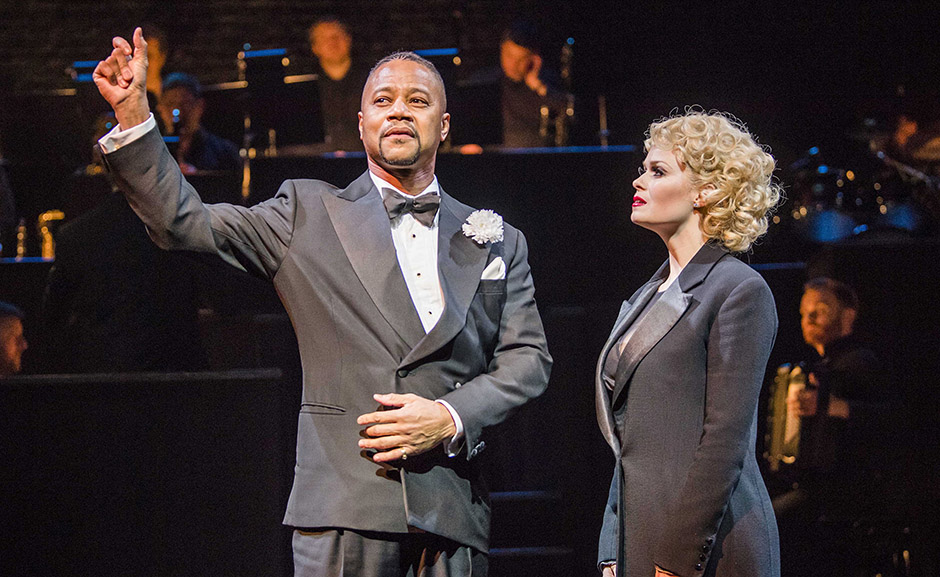 Sarah Soetaert is the hard-boiled Roxie who sits on her lawyer’s knee during a press conference and plays dummy to his ventriloquist.

Cuba Gooding Jr, not the greatest singer and dancer, is very personable as the lawyer whose entrance is marked by a miniature send-up of a Busby Berkeley number with ostrich feathers.

Josefina Gabrielle plays Velma Kelly, Roxie’s rival, and she has a lively solo, “I Can’t Do It Alone,” in which she tackles every routine in the vaudeville book.

Ruthie Henshall who has played Roxie and Velma, now plays Matron Moma Morta, the butch prison wardress, a role for which she is not right.

Paul Rider is right for Roxie’s unhappy husband, Amos (aka Mister Cellophane), who is such a nonentity that people don’t know he’s even there and look right through him.

A. D. Richardson’s performance as Mary Sunshine, the reporter, will surprise many. 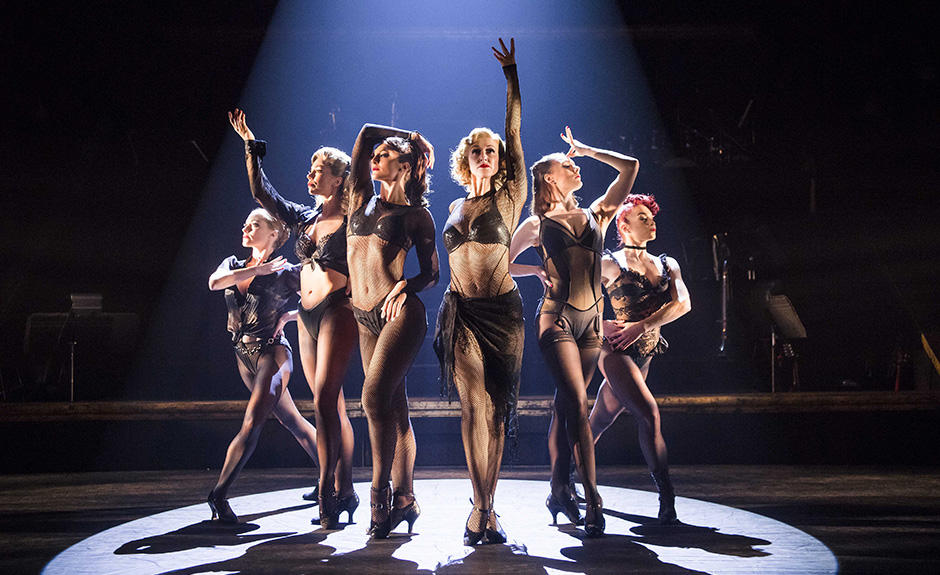 The band is right there on stage behind the actors in a rising jury box. The action is played down-stage and the stage is bare.

I saw Chicago in 1997 and enjoyed it so much I saw it twice in the same week.

The present performance isn’t as good as the one I saw or rather remember; but, having said that, I still much enjoyed seeing the old razzle dazzle all over again.

The score is great and so is the dancing.